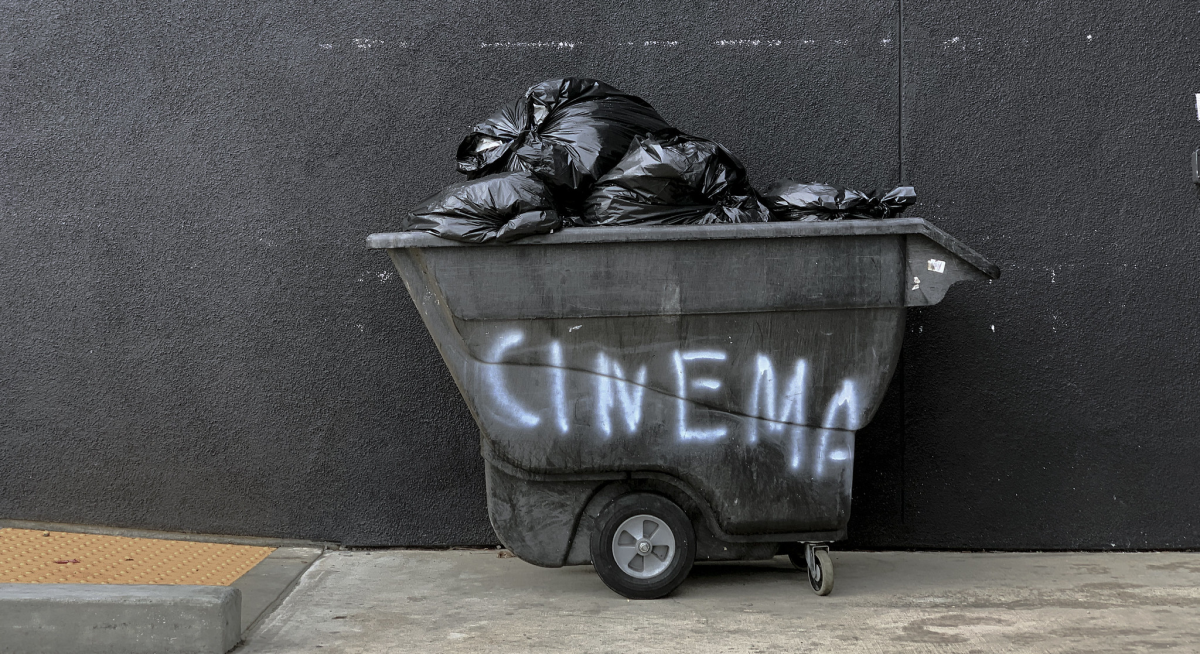 Photo by Robert Couse-Baker via Flickr (CC BY 2.0) Photo was resized & cropped.

Before I explain what exactly the title means, a lot of background is necessary as to who this term is named after, and why I chose him specifically for it.

MovieBob, or Bob Chipman, is a movie critic and general nerd explainer for The Escapist, a video game and nerd culture website that has collapsed approximately twelve dozen times in the last two decades. After like the third time since 2012, the former editors from like two collapses ago rebuilt the site and brought back MovieBob in 2018 after he was let go (or fired, depending on who you talk to) in February of 2015. I discovered MovieBob around 2012 when I decided to check out the rest of The Escapist in preparation for the first annual Escapist Expo (they only ended up doing it twice.) I even talked to him at the first one for a few brief moments about some of the movies he had recommended. Most people who go to The Escapist know it for one thing: Zero Punctuation. The lovely video game review series that is hosted by Ben “Yahtzee” Croshaw, my favorite video game reviewer. He’s also a prolific novelist (four fantastic published novels with one audiobook sequel on top of that I still need to get) and video game developer. Seriously, check out his four-game point-and-click survival horror adventure series titled The Chzo Mythos, completely free to download off his personal website. All around cool dude. Why is this important? Every collapse of The Escapist generally retains only one constant: Yahtzee. Because Zero Punctuation is the traffic draw for the website. The Escapist would not exist anymore if not for Yahtzee.

I was a huge fan of MovieBob for a couple of years there, being the huge movie buff and generally massive nerd that I am, but his politics got in the way. MovieBob almost certainly got canned for his role in poking the bear that was GamerGate, as did Jim Sterling. While I do not wish to relitigate that here, most of the people who rose to prominence in the wake of GamerGate on either side of it are either bankrupt, in prison, and/or thoroughly discredited with a reputation in absolute shambles. MovieBob and Jim Sterling are not counted in that group. Strangely, the person who coined the term GamerGate — Adam Baldwin, a well-known but really conservative character actor who is not related to the Baldwin acting family — seemed to avoid this. MovieBob moved on to Patreon and Screen Rant before rejoining The Escapist while Jim Sterling, a jerk who really embraced the jerk side of himself, makes too much of an absolute killing per month on Patreon to ever need a real boss ever again.

With that basic background out of the way, what is MovieBob Syndrome? It is a person who ascribes far more worth and influence to themselves than they actually have. This is narcissism on steroids. It’s not really dangerous for most, especially not for MovieBob, which is why the term is named after him. A tiny fraction of a tiny fraction of 1% of people in America even know who he is. He has his rabid fanboys who think his every word is the gospel truth like most with even a modest Internet following, but he’s so insignificant in comparison to the others who suffer from the same syndrome that it fits him the best. I’m thinking of figures like Paul Krugman, Noam Chomsky, and Ron Paul here.

MovieBob thinks himself an Übermensch. For reasons I do not adequately understand. He’s a movie critic who pulls a tenth (at best) of the numbers that Yahtzee does. The reason he is such an insufferable boob is his politics of destiny. He sees himself and those who agree with him as the chosen ones. The people who should be running things and taking the world to space to explore the stars. “Philosopher King” is probably the best known term for how he sees himself. The “bumpkins” who disagree with him are why he isn’t in a starship right now. Yes, he has seriously made that argument on Twitter. He’s mostly a run-of-the-mill progressive but makes that so much worse with his view on tactics. He clearly hates comedy that “punches down” (the Critical Theory view of this nonsense term) like South Park and does not think bad tactics exist for taking down bad people, as he defines what “bad” means. In 2011, he even made the argument that if Anthony Weiner and Bill Clinton did everything they were accused of, they were still good for the cause of progressivism. Being a good person or even not being a lying scumbag who cheats on his wife is apparently not a necessary element for being a “chosen one,” it seems. His cohorts in Critical Theory rarely have such a nuanced view of figures like Thomas Jefferson or H. P. Lovecraft.

I mostly ignore him these days, but the people I follow on Twitter do bring him up in a Quote Tweet every so often and I am given a stellar reminder why I stopped paying attention to him all those years ago. That’s the best course of action: Ignore those who suffer from MovieBob Syndrome unless they actually achieve real power. And, no, a congressman who never passed any legislation outside of naming a post office in his district doesn’t count. No real damage done. But Noam Chomsky? That’s an article for another day…

If you got this far, Robert: Hello. Tip your waitress.