For Want of a President: On the British Parliament and the Executive 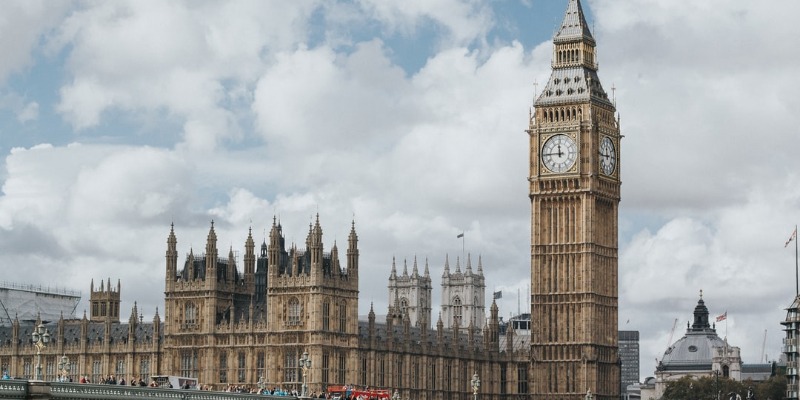 Britain is a nation brazenly basking in denial!

Masquerading as a parliamentary democracy, the illusion of stability, pragmatism, and disdain for the ideological extremes that have wreaked havoc on other nations throughout history, has been as persistent as the existence of parliamentary sovereignty in Britain itself. However, as the Brexit debacle has begun to reveal, the mask has finally slipped, for Britain has implicitly functioned as an executive-led system for decades – without the constraints wrought by a codified constitution enforcing a separation of powers.

Within recent history, the centralisation of the throes of policymaking towards the Prime Minister’s office and their spin doctors has been a continuous trend, with Parliament having been sidelined in the process. Dominic Cummings, a figure so immensely powerful that he can effectively hire and fire cabinet ministers at will (as demonstrated by the sacking of Sajid Javid, the previous Chancellor), and is almost immune from any meaningful semblance of political accountability, is the archetype of such a spin doctor. Having faced no consequences whatsoever after repeatedly breaking lockdown regulations, a career-destroying move for any other politician, there are few limits to his actions. This political immortality is a perfect example of the tensions that this looming constitutional conundrum has fostered.

Compare and contrast with Britain’s traditional style of cabinet-led governance, where the entire cabinet (of which each appointee is a sitting member of Parliament, unlike in the US) leads the conduction of policymaking in a consensual manner, thereby amplifying the voice of Parliament. Alongside, frequent consultation of parliamentarians is widely upheld as a desirable conventional norm under this traditional format, regardless of partisan goals. In such a system, the government would not have embarked on an unpopular paternalistic strategy for tackling obesity, at the behest of Johnson’s personal ordeal in hospital with the coronavirus. Neither would cabinet ministers have expressed such divergent views regarding the nature of the Brexit agreement, hence undermining collective responsibility, for this would have already been consensually agreed upon.

Indeed, it is the implementation of Brexit upon which contradictions that lie within Britain’s constitutional framework were most apparent. Notwithstanding the prorogation of Parliament by the Johnson administration this time last year, the executive has continuously attempted to marginalise Parliament’s role throughout the negotiations: first by aiming to trigger Article 50 (the mechanism that starts the withdrawal process) without the consent of the Commons, then by pursuing a hard Brexit deal initially without consultation from Parliament, and withholding the release of the economic analysis of the Withdrawal Agreement, amongst other actions. Consequently, in 2018 the government was found to be in contempt of Parliament for the first time in history. Were it not for the audacious resistance of opposition parliamentarians alongside rebellious backbenchers, no doubt aided by the astute Speaker John Bercow, the Commons would not have even had a vote on the deal.

One would be forgiven to assume that such discrepancies regarding the role of Parliament and the executive, in a nominally parliamentary democracy, are confined to Brexit, however. In fact, a large fraction of this gradual evolution towards an executive-led system can be attributed to Blair’s premiership, in particular his notorious Director of Communications, Alastair Campbell. With the establishment of the Strategic Communications Unit, centralising the coordination of all government activity into the PM’s office, the executive was granted an unprecedented degree of influence on policymaking. Without the Iraq Dossier drafted by Campbell’s team resolutely arguing the case for the Iraq War, on the basis of the now widely discredited allegations of weapons of mass destruction, Britain’s participation within such a moral and humanitarian disaster would have otherwise been a remote prospect. Indeed, the lives of up to a million people being eradicated from the face of the earth is a far more damning indictment of Britain’s fluctuating constitutional development than its withdrawal from a political union.

Nevertheless, it is the constitutional implications of Brexit that have exposed this unsustainable imbalance. Whilst many ardent Remainers argue that the government’s actions have constituted an assault on the fabric of democracy itself, many Brexiteers have decried the maneuvers of Parliament as subverting the “will of the people” emphatically expressed by the referendum. However, both these contrasting viewpoints fail to depict the wider picture. Ultimately, at the heart of this polarising discourse are divergent perceptions on the optimal balance of power between the executive versus the legislature.

Until we are honest about the changing nature of British democracy, the political instability of the last few years rendering Britain an embarrassment on the global stage will be a mere drop in the ocean compared to the tsunami that will inevitably strike. A codified constitution to formally establish the roles of each body of government is long overdue.

Marshall is an economics undergraduate at the London School of Economics