What is Democracy’s Selling Proposition with Respect to China? 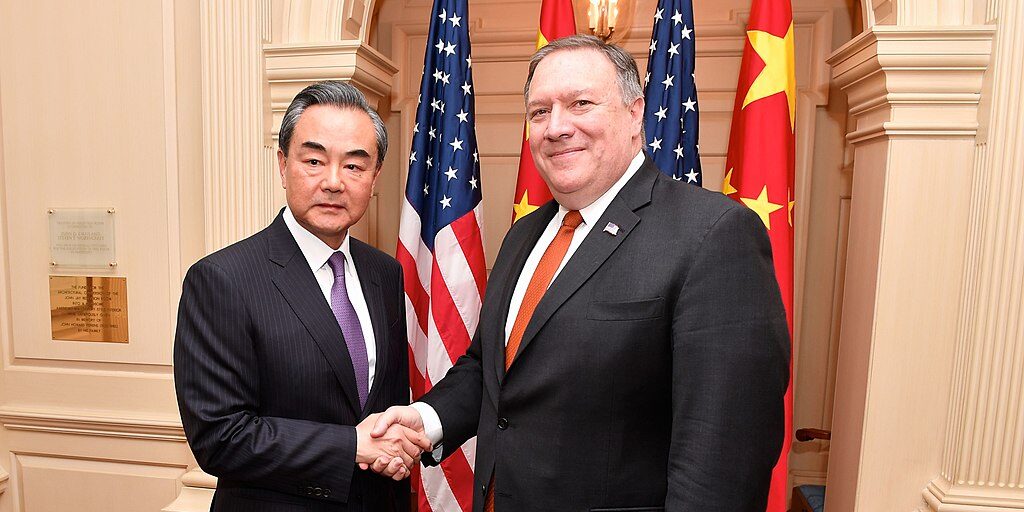 There is no moral equivalency between the United States government and China’s government.

Nevertheless, things like this make democracy and American values generally a hard sell for many Chinese people:

During grad school I was literally picked up off the street in Harlem by plain clothed police officers who didn't show me a badge, put me in the back of unmarked van, parked in a single spot for like an hour as I sat in van. Thought I had been kid napped. They been doing this.

The US argues that its system is superior because it is accountable to democratically elected leaders and is used sparingly to maintain law and order but otherwise allows unlimited expression. But the US president literally tweets “LAW AND ORDER” at irregular intervals.

This is exactly what China tells its own people: They allow unlimited expression — except for reasonable limits on speech that would upset the peace and well-being of the nation.

Videos of American police confronting Americans are widely shared on WeChat. So are riots. It’s really difficult for a Chinese person to watch them and conclude “wow, how can we get these American freedoms here?”

When US politicians cheer on local law enforcement crackdowns on Americans in the name of law and order and then act scandalized when China marches into Hong Kong, it comes across as a self-interested and hypocritical excuse to criticize China while doing more or less the same thing in practice. They simply do not believe that Josh Hawley from Kansas is sincerely concerned about the plight of Hong Kongese people.

The Soviet Union fell, in part, because its people could come to the United States and see how dramatically superior our system was. Ordinary people had cars, and they weren’t Trabants. Yeltsin went to a grocery store and was amazed.

China has had similar experiences. Dang Xiaoping famously went to Singapore, was amazed, and imported ideas from them to form the basis for China’s current economic system, which I must report is no longer communism.

China has learned and modernized its economy by learning from others when it found itself lacking. It, however, has not become a democracy. It has not adopted a liberal notion of free speech as an ideal even when it confronts national political power. (Chinese people regularly complain about local governments and local government officials.)

Why would they? They already have Coca-Cola. They don’t need democracy for that. Democracy has brought the United States Donald Trump, and they do not perceive such a result as a sufficient enticement.

I must repeat the disclaimer that there is no moral equivalency between the United States government and China’s government. But how do we package those differences in a convincing manner?