What the Hell is Happening at Fort Hood? 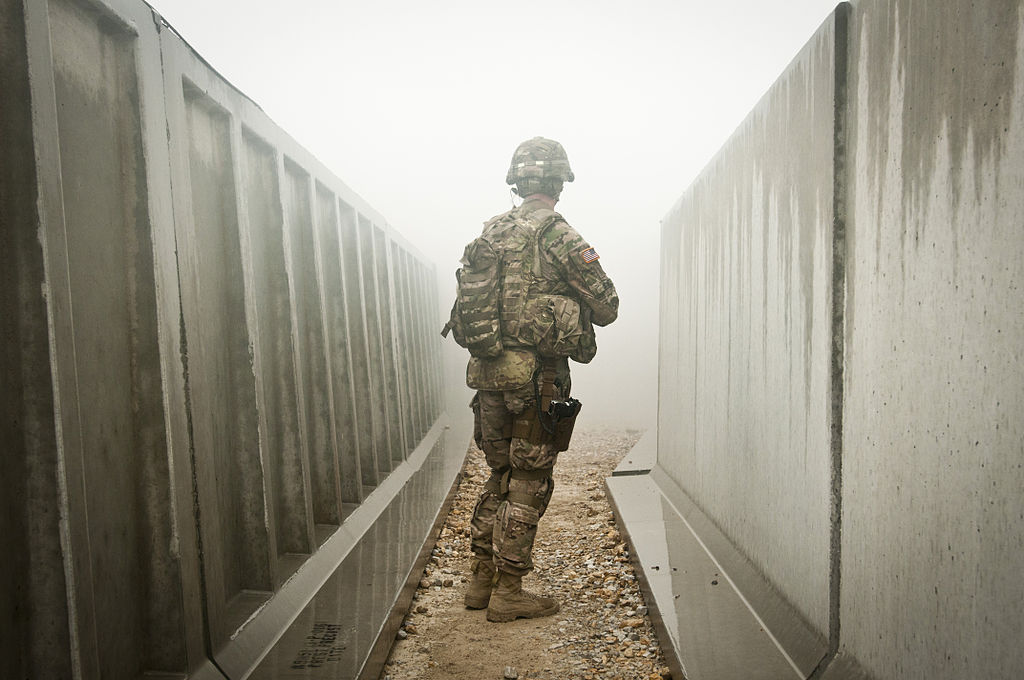 An infantryman with the Oregon National Guard’s 2nd Battalion, 162nd Infantry Regiment, enters a wall of blast smoke to check on his battle buddies after a simulated attack on an entry check point at the Mobilization Support Site on North Fort Hood, July 17, 2014. US Army photo [Public Domain]

On March 1st, 2020, Spc. Shelby Tyler Jones, a soldier stationed at Fort Hood, was found shot to death outside a convenience store near the base. Police say the shooting happened about half a mile away, at a strip club.

On March 10th, Specialist Christopher Wayne Sawyer, 29, was found dead in his residence on base. At the time, officials stated that while foul play was not suspected, neither had it been ruled out. The Army has released no further information on his death..

Specialist Freddie Delacruz, 23, was one of three people shot to death, including another Army veteran, at an apartment complex off base on March 14th. No one has been arrested in his death.

Private Gregory Morales, 23, disappeared from Fort Hood in August of 2019, a day before he was to start the discharge process. The Army listed him as a deserter, until his remains were found near Killeen, Texas on June 19th and it was determined he died prior to September 19 when he was listed as AWOL. His cause of death has not been released, but his family says it is suspected that Morales was shot in the face.

On Wednesday, April 22, Specialist Vanessa Guillen, 20, reported for work at the Armory at Fort Hood. That was the last time she was seen until her body was found on June 29th in a shallow grave about 30 miles away, dismembered and partially burnt. Another soldier, Aaron David Robinson, shot himself as investigators approached him for questioning. He is alleged to have beaten Vanessa to death with a hammer, and then disposed of her body with the help of his married girlfriend, Cecily Aguilar, who is in custody on evidence tampering charges.

PFC Brandon Rosencrans, 27, was found shot to death on the side of the road 13 miles from the base on May 18th. His Jeep was found on fire, 4 miles away. It is believed to have been a robbery. No suspects or arrests have been announced.

On Friday, July 17 PFC Mejhor Mortar, 26, was found dead by a lake near the base. The latest reports indicate Mortar may have drowned.

If you are keeping track, that’s seven young Fort Hood soldiers found dead under suspicious circumstances in just under five months. While it does not appear that all are related, it’s hard to ignore the coincidence of four soldiers shot to death in seemingly random crimes. The sheer number of dead soldiers in such a short time is disturbing.

The death of the young and beautiful Vanessa Guillen has attracted the most public attention. Her family has spoken out, alleging that Vanessa had complained of sexual harassment by Robinson in the weeks before her murder. The Army denies the allegation, claiming there were no “official” harassment claims by Guillen (the word “official” is doing a lot of work here.) Her death has re-upped controversy over the way in which sexual assault and harassment is handled- or not handled- in the military.

The Army is facing criticism from other angles, as well. Private Morales’ mother claims her son’s disappearance was ignored by officials, who believed him to be AWOL. When Morales’ car was found in January, the Army did not contact the family to let them know; they found out when a Carfax report showed the Kia had been sold at an auction in Dallas.

Morales’ family also notes differences in the handling of the investigations. No reward was offered for information on his disappearance until his family saw that a reward had been issued for information about Guillen.  When confronted, the Army then offered a $25,000 reward; the tip that led to Morales’ body came four days later.

Why was Morales treated as AWOL while Vanessa Guillen was immediately investigated as suspicious? Likely because Guillen left behind her car, her keys, her wallet, and her phone, and disappeared mid-day from her job. Morales, on the other hand, had expressed his desire to be discharged and appeared to have left in his own vehicle. Soldiers are adults, and even those who are AWOL are generally not searched for, unless a crime has been committed. It is not a satisfactory explanation to the family of the soldier accused of desertion as he rotted for months in a field.

Fort Hood is known as the “Great Place” because of the quality of life in the surrounding area. But it’s also the place where Nidal Malik Hasan shot and killed 13 and wounded 30 in 2009, and where Ivan Lopez left three dead in a shooting spree in 2014. It’s also where in 2015, the base’s sexual assault prevention officer was convicted of organizing a prostitution ring.

Now, it’s also the place unsettled by a rash of disturbing murders and unexplained deaths,  and shrouded in allegations of incompetence.