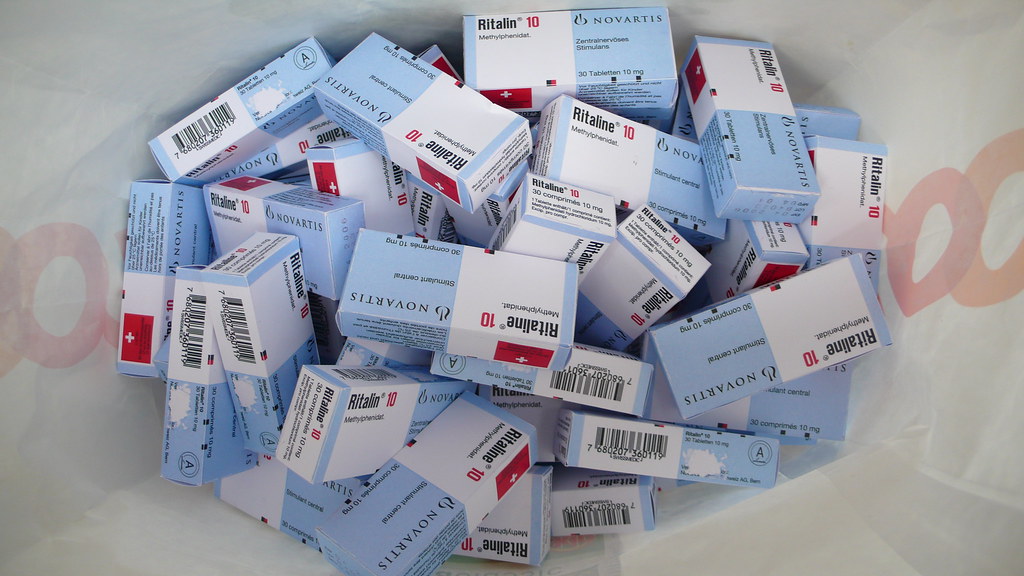 Now, I will preface this by saying that this is my experience. Completely anecdotal. I know that there are several known side effects to Ritalin, but I can only speak to what I personally experienced. With that out of the way…

I was put on Ritalin at age seven. As a ‘90s kid, this seemed to be the hip, new thing to put “rowdy” kids on, especially boys. I stopped taking it when I was around seventeen. I noticed at the time I felt so much better without it, but some background first. The stress of three honors classes in one semester (of four total classes) got to me in my sophomore year of high school. I was put on Zoloft, which I stopped taking at the same time I stopped taking the Ritalin. At the time, I thought Zoloft was the problem, but a few years later, I came to the realization that it was the Ritalin that had given me an anxiety disorder.

Anxiety is one of the common side effects of Ritalin. The obvious problem to anyone with a brain is that putting children on an amphetamine with side effects that are hard to verbalize means that a lot of those side effects will be undiscovered. When a psychiatrist asks a kid how they feel, how are they supposed to know this anxiety isn’t normal? ADHD essentially made me neurotic. The clinical diagnosis would be GAD or generalized anxiety disorder. It disappeared once I got off of Ritalin. Like a massive weight off my mind. My brain seemed to start functioning normally.

On Ritalin, I would get excellent grades, but I was paralyzed with fear and indecision at almost every turn. This made it difficult for me to make and keep friends and tended to make me overly risk averse. I had this habit of over-explaining myself, which especially pissed off my math teachers (math was my best subject.) Once off Ritalin, my grades suffered as my brain was less focused but sharper. I just didn’t care. I felt so much happier. My neurotic introverted self melted away and, all of a sudden, I was super extroverted.

ADHD used to be called MBD or minimal brain dysfunction. Sounds bad, right? I will say I am more easily distracted than the average person, but I think I’m easily bored. My brain moves at light speed when I get enough sleep. Without adequate stimulation, my mind wanders and sometimes just causes me to get sleepy. This has given me a fantastic imagination and a sharp wit when I wish to employ it, but it also has a habit of making me quick to interrupt. I also seem to have a volume control issue, but I mostly fault that to the fact that I was the youngest child in a family where at least one of my parents was losing their hearing. I had to sometimes repeat myself loudly to be heard, as it were. Yes, there are severe cases of ADHD, but most people diagnosed with it have minor symptoms like me. Managing those symptoms without drugs is probably the proper route for most, but that doesn’t make PhRMA billions of dollars. You can see why that wasn’t the course most psychiatrists recommended.

In college, I was prescribed Adderall, which worked well for me, although I eventually stopped taking it about a year out of college. The most well known side effect of Adderall is emotional flattening. I experienced this a bit, which is why I decided to stop taking it. I felt less happy. Very strange sensation. I try to manage my symptoms best I can. Music seems to keep me focused. My shuffle playlist has over 2,900 songs on it. That level of variety has this way of leveling me off while keeping my brain engaged on the task at hand.

These days, I work a job that is incredibly easy for me and leaves me with enough mental and physical energy after work to keep my brain sharp for my true passion: fiction writing. I hope to eventually make that a career, but I’m not there yet.

I feel that a large part of my childhood was robbed from me. I don’t hold this against my parents. I place the blame on the children’s psychiatric establishment that turned Ritalin into a gold rush that continues to this day. Ritalin was pushed as an easy solution for a hard to control child. What would we expect parents to do? I just hope that parents these days have realized the problems and don’t go for the easy path every time. Ritalin can do real damage to children. GAD is no joke if medically induced by medication. There’s no real solution to GAD while on the drug causing it. Zoloft and drugs like it only dull the symptoms and don’t erase the cause. Being anxious all the time with no release valve makes a person feel like a prisoner in their own head. It’s not a good way to live.