The Well-Made Bed, Ready for Lying: Lady A Edition 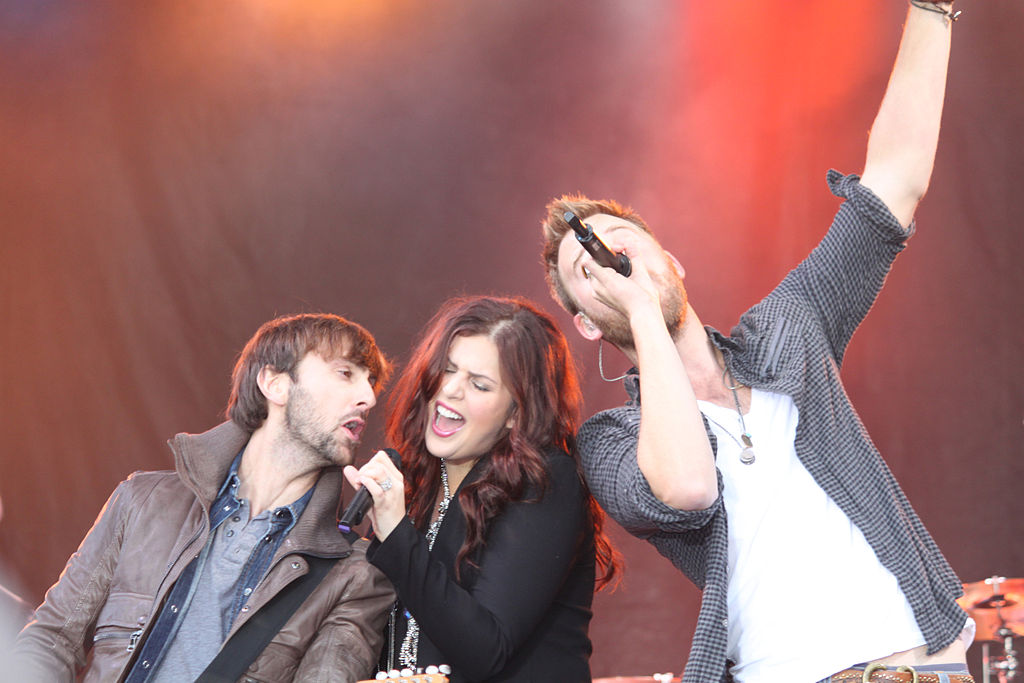 Actually, the better saying for this disasterpiece of bad PR and optics might be “play stupid games, win stupid prizes:”

Lady A, the band formerly known as Lady Antebellum, had a series of productive talks last month with Anita “Lady A” White over the use of the Lady A name. White has used the “Lady A” name for nearly three decades, but now, the battle is heading to court.
In a suit filed in U.S. District Court for the Middle District of Tennessee in Nashville on Wednesday (July 8) that was obtained by SPIN, Lady A the band claims that White is attempting “to enforce purported trademarks rights in a mark that Plaintiffs have held for more than a decade.”

The suit also states that the band isn’t seeking any monetary compensation, but say that White’s team is seeking a $10 million payment to use the Lady A name. It also says that the group has used the moniker informally since 2006, and has used the name on their website since 2008. The band registered a patent for Lady A in 2010, which was approved without opposition on July 26, 2011. The suit said that “prior to 2020, White did not challenge, in any way, Plaintiffs’ open, obvious, and widespread nationwide and international use of the LADY A mark.”
In a statement obtained by SPIN, Lady A the band explained why they took this to court.

“Today we are sad to share that our sincere hope to join together with Anita White in unity and common purpose has ended. She and her team have demanded a $10 million payment, so reluctantly we have come to the conclusion that we need to ask a court to affirm our right to continue to use the name Lady A, a trademark we have held for many years. It was a stirring in our hearts and reflection on our own blindspots that led us to announce a few weeks ago that we were dropping the word ‘Antebellum’ from our name and moving forward using only the name so many of our fans already knew us by,” the group said.

“When we learned that Ms. White had also been performing under the name Lady A, we had heartfelt discussions with her about how we can all come together and make something special and beautiful out of this moment. We never even entertained the idea that she shouldn’t also be able to use the name Lady A, and never will – today’s action doesn’t change that,” the statement continued.
In an interview with Rolling Stone last month, the Seattle-based White, who goes by Lady A, expressed her displeasure with the band’s name change, having used the name professionally for “over 20 years.”

You can read the lawsuit here. I’m with our friend Em as far as her analysis of this goes, legally speaking:

Their suit is to establish their legal right, not to recover anything from her. It’s sort of a preemptive action to declare their rights.

“The band asks for no money in the suit, only a court declaration that the trio is lawfully using the Lady A trademark and that its continued use of the trademark does not infringe on any rights White may have under state or federal law” is a nice piece of legalese, since Lady A the New automatically made the name worth millions and millions of dollars the second they associated themselves with it.

There will be enough money change hands, and enough press headlines involved, that this will get worked out sooner rather than later, but it’s hard to imagine a more vivid example of how the outcry for real change and justice has more often than not turned into more posing than a yoga studio. A country band changes its name under the reasoning of supporting the current Black Lives Matter movement, only to walk all over an actual African-American artist who had been using the name for 20 years. Was Lady A the First high-handed with her demands to Lady A the New? Sounds like it, but good for her. That’s how business works. You only get leverage a few times in life, and add in the circumstances, good for her wringing every bit of fame and treasure out of this moment at Lady A the New’s expense.

The game here is given away with the “we wanted to come together and make something special and beautiful out of this moment.” Change can come from big moments, but usually it comes in a slow roll of a thousand little acts of doing the right thing that start as ripples and build to waves. Lady A the New didn’t want to just do the right thing, they wanted a big, beautiful moment out of doing the right thing that would be revered as special by all. There’s a name for that; it’s call posing. Much as they do when they hit the high note to finish a song, they expected to raise their arms, exhale, and listen to the crowd roar in approval at how beautiful they had turned this ugly moment. So they made their big move, announced it, and then posed with arms raised, awaiting the roar of the fans…

And, whoops. Maybe one of Lady A the New’s multi-person team of handlers should have done a Google search. The press sure did.

This Lady A — a 61-year-old black woman whose real name is Anita White — has been playing the blues under the name for more than 20 years. She began singing as a gospel performer at church and started going by Lady A for karaoke nights in the Eighties. She’s released multiple albums with the name, and on top of her day job working with Seattle Public Utilities, she’s gearing up to release another album, Lady A: Live in New Orleans, on her birthday on July 18th.

White tells Rolling Stone she’s frustrated that Lady Antebellum hadn’t gone to her before making a decision, pointing out the irony in changing a name in support of racial equality while simultaneously taking another one from a black performer. “This is my life. Lady A is my brand, I’ve used it for over 20 years, and I’m proud of what I’ve done,” she says, her voice breaking. “This is too much right now. They’re using the name because of a Black Lives Matter incident that, for them, is just a moment in time. If it mattered, it would have mattered to them before. It shouldn’t have taken George Floyd to die for them to realize that their name had a slave reference to it.

“It’s an opportunity for them to pretend they’re not racist or pretend this means something to them,” she adds. “If it did, they would’ve done some research. And I’m not happy about that. You found me on Spotify easily — why couldn’t they?”

So then Lady A the New reached out to Lady A the First, and it started well, turned into a mess, but is now — allegedly — a bit better.

Lady A the New made the mess, made it worse, then really made it worse. They made this bed of ridiculousness, tucked in the perfect hospital corners of tone-deafness, and proceeded to get in and pull the covers of cluelessness over their heads while hoping their house of rich and famous privilege would insulate them from the social media hordes. Whatever they get out of this mess, they will have richly deserved it.

Would make a great song for someone to write. Properly credited, of course.