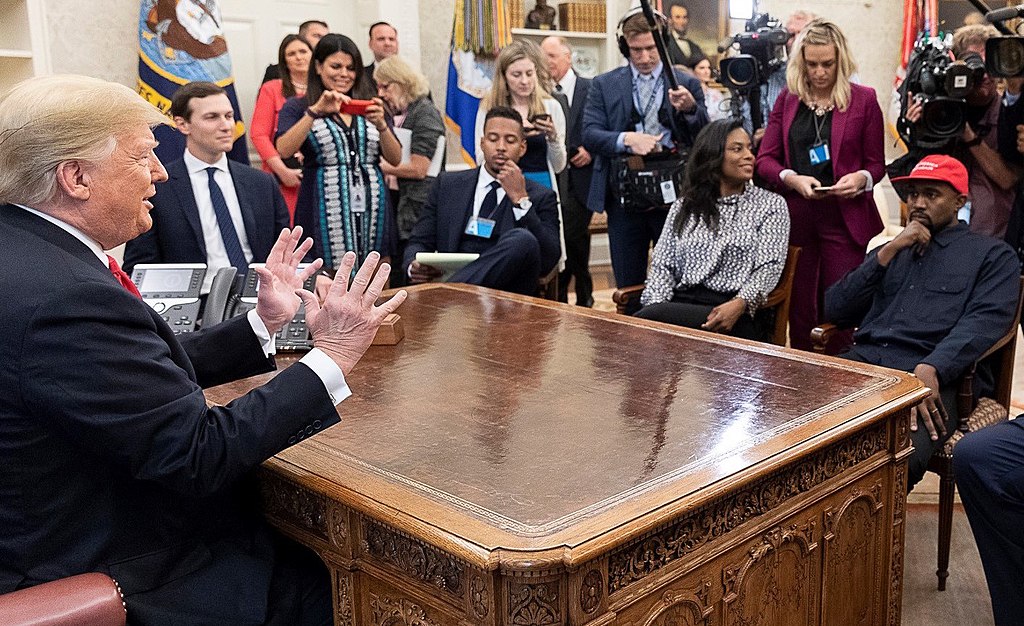 We must now realize the promise of America by trusting God, unifying our vision and building our future. I am running for president of the United States 🇺🇸! #2020VISION

As of this writing, I have no idea whether this is Kanye being serious, Kayne being a troll, Kanye being somewhat deranged, Kanye getting a brainfart or Kanye having a joke with his friend Donald Trump. The immediate CW seems to fall into several categories, none of which strike me as particularly insightful.

Explanation 1: This is a publicity stunt.

I think this is a very likely explanation. Kanye has no organization, no political savvy and is not stepping into a prepared machine, the way Trump did. All we have is a random tweet and, until Biden makes his Veep choice, that suffices for a news cycle starved of horse-race stories. But … people thought Trump’s campaign was a publicity stunt too. And then he got elected.1

Even if it is a publicity stunt, that doesn’t mean he won’t try to get on the ballot in some states.

Well, maybe. The perception is that Kanye would draw off some of Biden’s support in the black community. Not a lot, but maybe enough to cost him the election.2. Still, it’s hard to know how black voters will react to this. They already rejected multiple sensible black candidates in favor of Biden. I really can’t see a stampede of black voters to vote for the man Barack Obama called “a jackass”.

Explanation 3: The writers of our simulation are bored.

I think this is the most sensible explanation. If Biden next week announces that he’s heading off the challenge by making West his VP choice, we’ll know for sure.