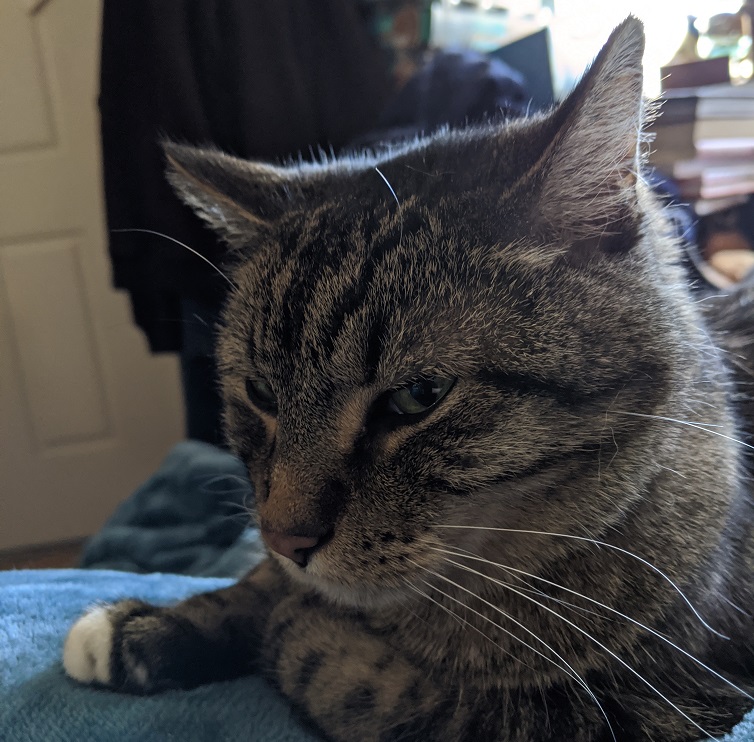 I have never run a 5K before. Like, in my whole life.

I may have walked 5K in one stretch, before. Disneyworld, maybe. Cedar Point. I’ve gone on hikes before, went for long walks in Vegas. (What’s the distance from the Luxor to Treasure Island? 2.3 miles? I’ve done that! Wait, how much is 5K?)

Anyway, I jogged a 5K. I stopped once, for about 15 seconds, to re-tie one of my shoes. The rest of the time, I was jogging. I jogged with a couple of my married friends, who have small kids (one is old enough to explain Frozen, the other is very much interested in animal noises) and they push a double-stroller as they jog… which slows them down just enough for me to be able to jog at pretty much exactly the same pace they’re going at. The roads we jog on are empty (we saw ONE car the entire time we jogged) and we all kept socially distant, only getting close to each other when they traded the stroller between them and once when they gave me a bottle of water, half of which I dumped over my head.

We said that we’d meet at 7:15 PM in front of one of the office buildings that has an abandoned-between-5PM-and-7AM parking lot and I’d be able to enjoy the sunset somewhere around the tail end of the run. Up a hill. Down a hill. Up another hill. Down another hill. Apparently there was a very subtle slope for those first two hills because jogging back to the car was all downhill. Which was nice.

And the sunset was beautiful.

And now I hurt. Like, holy cow, I can’t believe my shoulders are ticked off like they are. They didn’t even do anything.

Ugh. (But somewhere in there I went from being unable to speak for two minutes after I was done to being able to hold a conversation the entire time. Provided the words were short.)

All of these were punctuated with life happening, of course. Sometimes we’d go a month without jogging. Sometimes I’d say something like “well, I’m climbing at the climbing gym… I don’t need to jog”. Sometimes there would just be too many things happening.

This most recent time, we had decided to be good this time and DO IT. We jogged pretty religiously, 3 times a week.

Then you skip a day. Then on day two, you do 30 second jogs and 30 second walks.

Then you skip a day. Then you throw a 60 second jog in there in the middle.

They have a peak there in the middle where you do a single, uninterrupted, 20 minute jog. Holy cow.

And then, Wednesday, I visited my friends and we ran a 5K. It took about an hour. One hour and two minutes, to be exact. Yeah, maybe it was more of a jog.

This weekend, I’m probably going to extend my 20 minute jog to a 30 minute jog. See what’s on the other side of the top of the hill close to home.

(Featured image is Tiger enjoying a moment of Zen.)