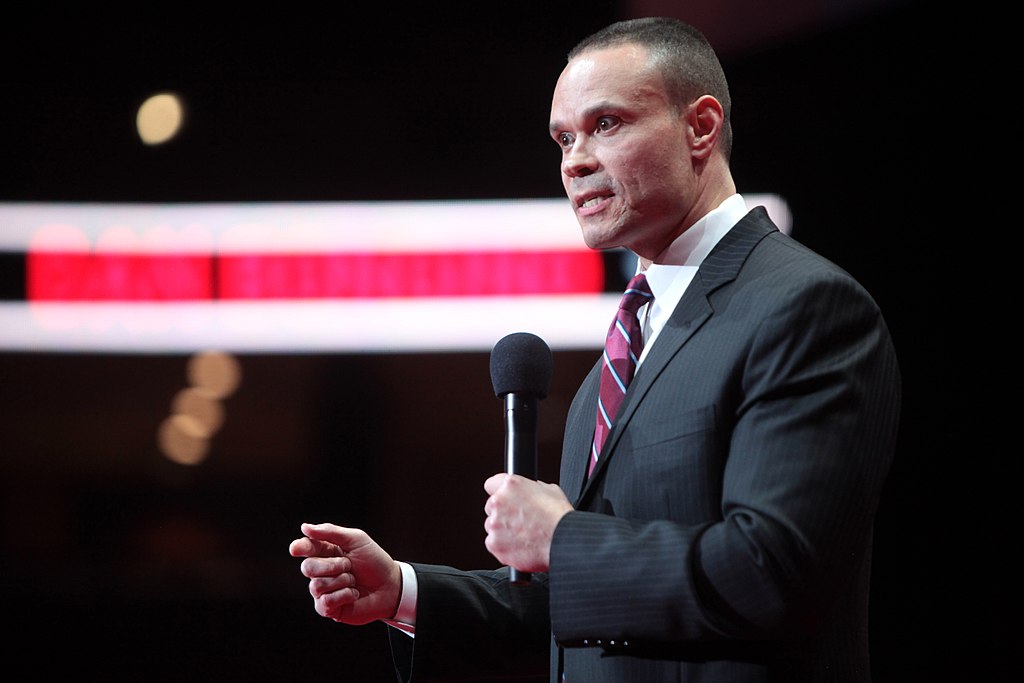 I sacrifice for my readers. I’ve even dipped my toes into QAnon for your entertainment. So, in the interest of keeping you informed, I decided that I would join Parler, the new social media app where all the cool kids are going. And by cool kids, I mean the biggest losers on the internet, including avowed racists, Bongino sycophants, and Laura Loomer. Oh, and Jesse Kelly. Of course.

Parler is, allegedly, the “free speech” alternative to Twitter. The platform professes to welcome all, but it is undoubtedly aimed at the MAGA crowd. It is not really new, having originally launched in August of 2018. Anyway, the big “Twexit” got underway, much to the delight of Dan Bongino, who happens to own a piece of Parler as of — huh, look at that — as of about a week ago. What fortuitous timing. This week, however, it received an influx of new users, after among others Benny Johnson of… well, I don’t know, guess he’s famous for something — announced that he was leaving Twitter behind to join Parler.

10 years on Twitter.
I’m done.
Disgusted with the censorship on this platform.
Twitter is now so aggressively ANTI Free Speech, it’s not fun anymore.
Just got on @parler_app.
It’s refreshing, not like this communist gulag dumpster fire.
I’m @BennyJohnson on Parler.
Go there for🔥

I’m not on the right, not a conservative, and most definitely not on the MAGAtrain. I am 100% not the target demographic of Parler. But needs must be met, and OT always needs content. So, using a newly created burner email, I signed up. I made up a generic username, threw some American flag emojis around it, and made my profile a closeup picture of bikini boobs. I filled out a profile professing my love for God, country, boobs, and Trump, and stepped into the world of Parler.

Immediately, I am greeted by the “welcome wagon”, two or three people who say hello and welcome new users. I don’t know if it’s automatic or if it’s the same users every time or what. But I thanked them, and “upvoted” their post to me, which they refer to as “parleys”.

So, a parley is analogous to a tweet. In the same way you can “retweet”, on Parler you “echo” or “echo with comment” (echo is very fitting for Parler in general.) You follow and gain followers, respond to parleys, and send DMs, all just like Twitter. They even have “verified users” like Twitter, but with a caveat: on Parler, verified means a real user and not a bot; it does not mean the user is who they say they are. I looked into becoming verified myself; it requires an upload of my government-issued photo ID. I will pass.

I start fishing around the site and see the usual suspects like the aforementioned Bongino and Loomer. Devin Nunes is big there. Cernovich, D’Souza, Posobiec, Charlie Kirk. Trump is not there — not yet — but his family is, as well as an account that purports to be his campaign. The tweets — er, I mean parleys — from these accounts are of the sort one would expect: eye-roll-worthy to most normal folks, but mostly benign. Pablum for your average Parlerer- or is it Parleyer?

These former Twitter brands have found an audience receptive to their bloviating. Wonderful. And also, how boring.

Seriously, it took me a long time to gather enough thoughts and material to write this, because spending time on the app was just. so. boring. Each user congratulating the next for his or her contribution to this giant echo chamber. The same Bongino and Washington Examiner articles posted over and over again. Stylized images of Trump as American hero. People posting Babylon Bee articles captioned “is this true?” And, surprisingly, an inordinate amount of discussion of Twitter and how courageous they all are for breaking free of its confines in favor of this brave new world. I nearly expected a video of one of them hurling a sledge hammer through a computer screen. There is very little debating of ideas, no personal banter, no fun; just platitudes espousing how great it is not to be a lib. It is one, big, monotonous circle jerk.

It’s not all far-right or even all conservatives. The Krassenstein brothers, also banned from Twitter, have active Parler accounts. Lots of normal, rational right-leaning folks have accounts as well. Unfortunately, I suspect most decent people will be turned off by the vile nature of much of what passes for discourse

“Free speech” is supposedly the platform’s big draw. But free speech at Parler seems to consist mostly of calling AOC a cunt, advocating the vehicular manslaughter of protesters, and professing one’s self to be unapologetically racist. I mean that literally — several profile bios use exactly those words. Much of what I have seen there is just over-the-top ugliness for shock value; like a couple of kids out of mom and dad’s earshot, cursing for the first time.

I understand that Twitter appears to have an unfair bias in favor of liberals/the left. I think Jack Dorsey once admitted as much. But most conservatives have not been run off from the platform, even if some of the more vitriolic rhetoric is unwelcome. And honestly, I cannot bring myself to care when grifters like Laura Loomer and Jacob Wohl or Alex Jones or the Krassenstein brothers are booted off of one social media platform or another. When you can’t play well with the other children, sometimes they don’t let you on their playground.

I follow a lot of conservatives, libertarians, and others. I engage in debates with them frequently. I would be just as bored by a bunch of self-congratulatory liberals with no competing ideas to break the monotony, and adjust my follow list accordingly. All I can say after my foray into Parler is that I am not missing anything. I hope none of the Twitter accounts I genuinely like defect permanently. I’m not too worried though; the people I count among friends will not last long in a place that hate-filled.

I personally don’t anticipate starting up a legit Parler account any time soon. Besides, it still won’t let you edit your tweets. I mean parleys.