Me and Three Women in a Garden 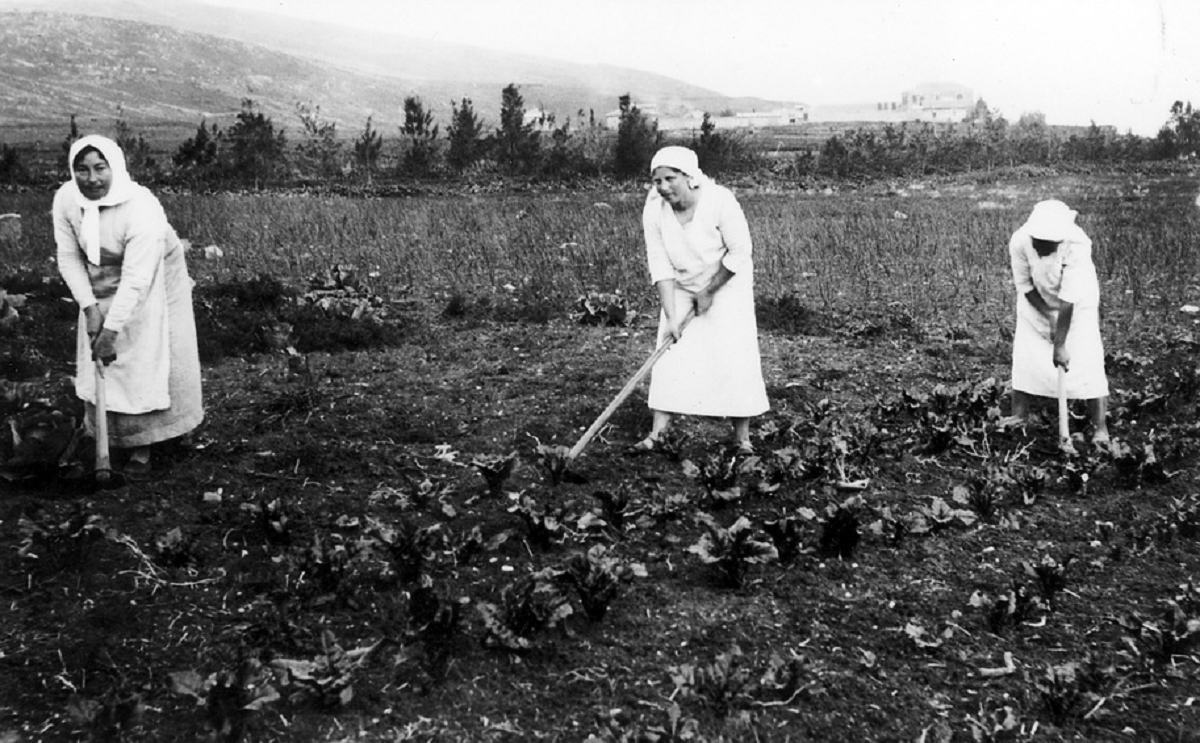 There are four of us in a garden working to spend the rest of the university’s budget: myself and three women; we have been pressed into landscaping detail. Ordinarily, we work for “facility services,” which encompasses everything from locksmithing to parking detail to janitorial work; to borrow Erving Goffman’s terms, we are the backstage to the university’s frontstage. This is perhaps the thorniest part of the job; a university is a wholly bourgeois space, so working “labor” in that space is like being in the world, but not of the world. You have to keep things running, while not breaking the fourth wall of social class. I find it much easier to minister to the buildings when they are empty.

We make a strange cadre, three somewhat older women and me landscaping an empty campus whose buildings gleam and whir somnolently inside like the setting for a slightly amoral psychological experiment. Completely vacant academic buildings seem haunted, but comfortingly so. You imagine, were the dead to come around a corner, you might greet them cheerfully, happy to have someone with whom to discuss philosophy or literature. I prefer this type of solitude.

We were laid off for six weeks, when Ontario ordered universities to close. Now, they’ve brought back some of the maintenance staff, but not the students- there will be no in-person classes for the rest of 2020. And so, in two months, they will likely lay us off again. But who knows? Plans change from day to day and I am pleasantly surprised to find that I care not a whit. For me, it’s all a matter of which location I am using to sit quietly and read, or write.

And I find that I love gardening for the same reasons I love writing; you work and worry the same space, over and over, with aesthetic focus and force of mind, and pleasing forms slowly emerge from the raw material of your perception. Before long, the rhythms of nature will insinuate themselves; you become more measured in thought and deed.

The women with whom I work are each over 60 and they are angrier than me in a way which is harmless and endearing. Not a morning goes by without them unloosening a good vigorous tirade on the unfairness of managers, the stupidity of the general population, or the futility of all human efforts in any direction. Everyone is an idiot and a moron and absolutely worthless. Everything is priced too high. When they get tired of this, or run out of topics, they bitch about each other. They each think the others are crazy, and I wouldn’t say that any of them are particularly wrong in this.

My favorite is the tiny woman with the most energy on reserve who rants hilariously whenever she is breathing, and is intensely alive mentally, but who unknowingly gets most proper names wrong: we work with a woman named Candice, who she calls “Kansas”; we’re trying to minimize the spread of “covert,” rather than Covid; and I am the worker with the most “sonority,” having been employed the longest.

By the same token, the health and safety inspector of my own age, who comes to check on us and make sure we’re keeping our distance from each other, rails endlessly against “management” in a way I find enervating. They do everything wrong, they don’t care about us, we’re all expendable to them, and so forth. He sounds like a heartbroken teenager, and I come to realize that I need to pull out the bitterness that has taken root in my own heart or it will poison me, such that when physical death comes, it will be simply a formality.

When the older women bitch, they do so gloriously, and with real joy. They were lonely and bored when they were at home, and not here working for the “morons.” The pointlessness became oppressive for them. As the tiny one puts it, “it’s stupid to let the covert change our lives!” None of them have children, and they’re fairly isolated, although we all have cats and we all love our cats. We’re all alone otherwise. The tiny woman’s husband took his own life a few years ago, unable to suffer through cancer any longer. The one who drives the truck lost her husband in a horrific incident: beaten to death by bikers in a case of being in the wrong place at the wrong time. Life can be inexplicably harsh and come at you mercilessly, like a wave, especially at our level. I let them bitch. They are strong and I have no doubt they’ll survive “the covert”.

To the conspiracy-minded, all the confusion reveals purpose: the powers-that-be can’t keep their stories straight! Can’t you see? This proves they’re in control! As you get older, you start to realize that no one is in control of anything. We think of “nature” as the bear: learn his habits and instincts and his hunger, and you can avoid him. Viruses have no will, no instincts, no mind, no hunger, are arguably not really alive. This is more of a natural disaster: lay low, wait for it to pass, keep your wits about you. But remember that all human plans are provisional.

Halfway through the week, we receive a message from our nominal “supervisor”: he’s been called away, he’s exhibiting symptoms and has to be tested, keep working on our own. The women don’t know what to do without someone there to instruct us. Do we go home and self-isolate? Do we keep working until further notice? Having the most “sonority,” I say we keep gardening. Nevertheless, the situation feels a bit like living in a country that has been occupied by an invading army. The rules and regulations seem to change without warning or explanation several times a day.