Police Unions, Shake Shack, and The Milkshakes of Machinations 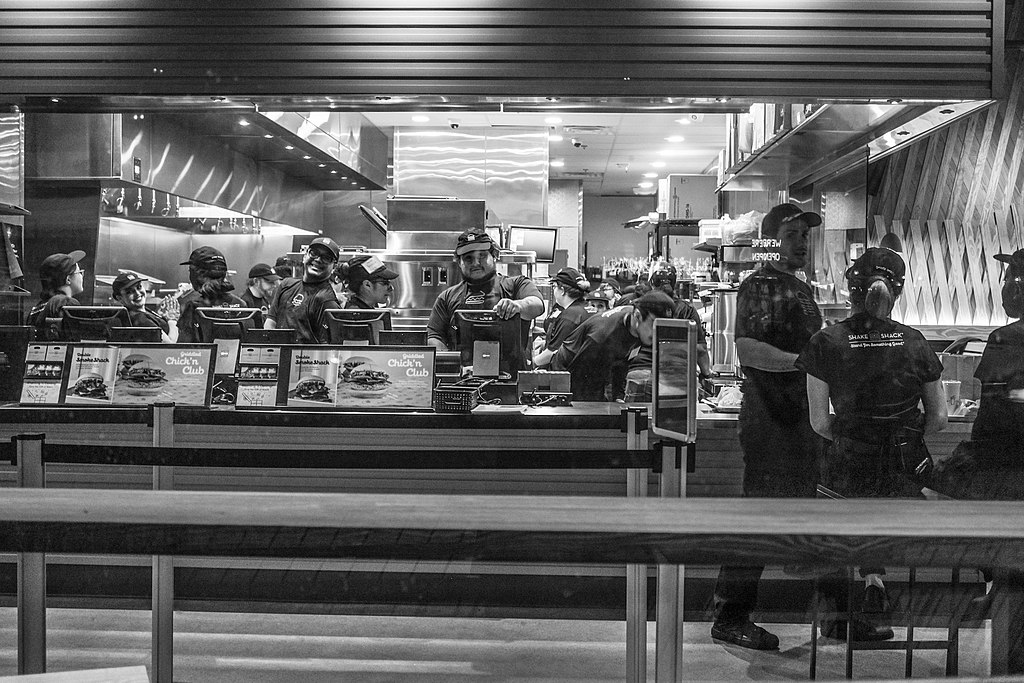 If you went to bed early, you might have missed Milkshake-Gate bringing all the internet folks to the social media yard:

🚨URGENT SAFETY MESSAGE🚨
Tonight, three of our fellow officers were intentionally poisoned by one or more workers at the Shake Shack at 200 Broadway in Manhattan. Fortunately, they were not seriously harmed. Please see the safety alert⤵️ https://t.co/D8Lywivhdu

Note this is the verified account of the The Detectives’ Endowment Association, representing 20K police officers, which did the amazing detective work of declaring three NYPD officers “were intentionally poisoned by one or more workers at the Shake Shack at 200 Broadway in Manhattan.”

The Police Benevolent Association of the City of New York, which represents some 50K police officers, used their verified social media platforms to jump all over the story:

#BREAKING When NYC police officers cannot even take meal without coming under attack, it is clear that environment in which we work has deteriorated to a critical level. We cannot afford to let our guard down for even a moment. pic.twitter.com/fbMMDOKqbV

Only problem was that isn’t what happened when the actual detectives of Manhattan South did the actual investigation:

Shake Shack employees have been cleared of any criminality after several police officers were sickened by drinks from a Lower Manhattan location Monday night, according to the NYPD.

“After a thorough investigation by the NYPD’s Manhattan South investigators, it has been determined that there was no criminality by Shake

According to police sources, it appeared a machine at the chain’s Fulton Center location was improperly cleaned, resulting in residue of a cleaning agent or bleach remaining inside when it was used to make beverages for the cops.

The full investigation came after three Bronx officers, assigned to a protest detail in Lower Manhattan, became ill after drinking beverages from the restaurant.

PBA President Pat Lynch said the cops were hospitalized but were expected to be okay.

Folks will spend today rehashing two other police incidents from the near past such as the “pig coffee” incident in Kansas which the officer finally admitted was a hoax, and more recently when NYPD Commissioner Dermot Shea jumped on a Bon Appetit “for intentionally placing a razor blade inside a sandwich purchased by an officer” that also never actually happened.

So what’s going on here, other than an overreaction on social media in a heightened environment?

The police unions are very much feeling under assault right now and for good reason. Many folks have pointed the finger directly at the unions — and rightly so in many cases — as being part of the problem when it comes to police misconduct. When a public sector union is negotiating such things as disciplinary action, it’s also by default making policing policy since that negotiation is with the government itself:

The deeper problem is that unionization and collective bargaining have made it almost impossible to bring about meaningful reform of state and local government, policing included. The consequences are huge, because the inability to reform government means that performance suffers and public trust in key institutions declines.

Collective bargaining is not fundamentally about products or services—whether public safety, education, automobiles, or anything else—but about the power and interests of workers and management. Public-sector unions are in the business of winning better salaries and benefits, protecting job security, and advancing their members’ occupational interests. Organizational incentives, and state law, ensure that union leaders prioritize these amenities.

Police and public schools are the institutions of government with which Americans most frequently engage. Police protect our most vulnerable citizens and allow communities to thrive. Schools offer opportunities for social mobility. There are thousands of heroic and devoted police officers and school teachers. But unionization and collective bargaining have enmeshed these two crucial government functions in red tape that too often protects the inept and abusive.

Collective bargaining in the public-safety and educational sectors strips government executives of the tools they need to supervise and manage their workforces effectively. Police chiefs and school principals struggle to weed out poor performers. A few bad actors can undermine an entire organizational culture.

Hold that thought about education and teachers unions, as the challenge of re-opening schools this fall is going to have that issue front in center soon enough. But in the meantime, with images and streams of police in the streets cracking heads of protesters and criminals alike, and more controversial officer-involved shootings sure to continue, normal folks’ heightened awareness of policing issues and the social issues they cause is putting the police unions’ backs against the wall.

Some of the police union leaders have not covered themselves in glory at the microphones. Whereas they can rightly point to injured and harmed officers on their side of the civil unrest in the country — 350 injured officers from the NYPD alone — and a spate of high-profile officers killing in the last few weeks, bunkering in that only the police are the victims here is not going to work anymore. The unions’ main tool in not reforming has always been “It’s us or chaos” and touting that the thin blue line must be protected at all cost. They are right about the first part; we need good police doing the hard, thankless work of protecting and serving. But the latter part is a lie. It isn’t at all cost. There must be accountability, and every time an obviously bad faith law enforcement official is protected and excused it not only harms the community’s trust, but hurts every one of the good officers saddled with unworthy peers they are pressured and brow beat into defending “at all costs.”

“It’s us or chaos” doesn’t play when the chaos is being exacerbated by the unions whose main goal increasingly is protecting and serving themselves. Hard questions with no good answers are being asked of our law enforcement, and a bunker mentality is only going to discourage the good police, reinforce the bad actors in uniform, and convince the unions that are desperate for PR leverage of any kind to keep making media mountains out of milkshakes. They are not going to be able to BS their way out of the week’s worth of videos and images America has been watching of police behaving badly, an America less inclined to listen that those bad cops are the minority if their leadership and unions keep pulling stunts like this. Everyone involved needs to stop and think where we will all be if all the good police find the whole situation unworkable and walk away from it.

The bad ones won’t walk away, or be fired, or go anywhere. After all, they have their unions. They are, apparently, to be protected at all cost, especially by union leaders who are starting to reveal themselves as among the worst of the bad faith actors here.