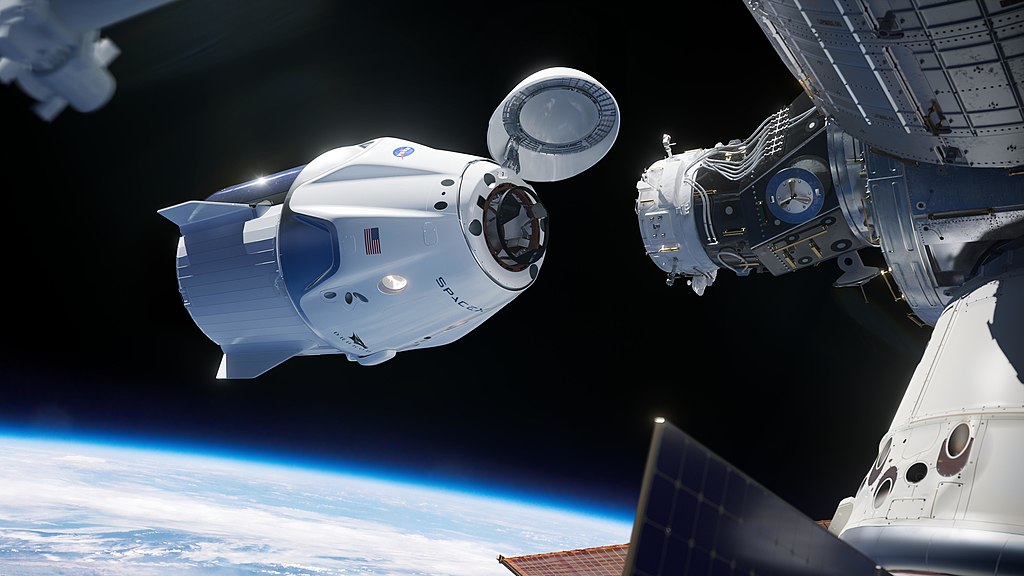 There is something primal, almost visceral, about a rocket launch. It’s unlike anything else in the human experience. There is the slow countdown, sometimes delayed by technical or meteorological concerns, that builds the tension. There is our knowledge of the intrinsic danger of such events, especially for those of us who have witnessed rockets exploding during launch. The Earth rolls on its axis, the spire of the rocket rolling like the hand of a clock gradually closing in on its launch window.

In 2002, I was fortunate enough to be working at the Space Telescope Science Institute and members were given VIP passes for the Hubble Space Telescope servicing mission launch. It was a dawn launch of Columbia, which was a thrill for this kid who watched Columbia become the first shuttle to orbit. But the memory is now bittersweet as Columbia would, a few years later, break up on re-entry, taking the lives of the astronauts on board.

But I’ve never seen anything like it. It was cold and dark but the shuttle was illuminated like an angel about to ascend to Heaven. Sitting next to me was a childhood friend of one of the astronauts. He told me his friend had wanted to be astronaut for his entire life. “Everyone says that,” he said, “but he actually went out and did it!” Shortly before launch, the ISS passed overhead and the crowd buzzed with the thrill of seeing the Space Age in action.

A few moments before launch, the engines begin to start. That’s when you know it’s happening. And then there is an eruption of smoke and the gleaming rocket rising above it on a pillar of fire, an embodiment of human will and genius. A few moments later, the sounds of the launch hits you like divine thunder. In the launch I witnessed, the sun came up just as Columbia left the pad. She passed through a low-hanging cloud, her engine illuminating the cloud from within. Minutes later, as she arced over the Atlantic, the solid rocket boosters detached, leaving contrails as they plunged down into the sea.

And all I could think was, “My God. THIS is the way to waste taxpayer money.”

Right after launch is the most dangerous time as the rocket rides its controlled explosion into orbit. I know scientists who’ve watched in horror as years of work and millions of dollars plunged into the ocean or exploded. People of my generation remember when Challenger seemed to be on its way and suddenly it wasn’t, taking seven heroes with it. But almost all of the time, it goes fine. Orbit is achieved. The miracle of spaceflight goes on. The works of hundreds or thousands of scientists, engineers and technical staff was up to one of the greater challenges in the human experience.

The United States opened a new era of human space travel on Saturday as a private company for the first time launched astronauts into orbit, nearly a decade after the government retired the storied space shuttle program in the aftermath of national tragedy.

Two American astronauts lifted off at 3:22 p.m. from a familiar setting, the same Florida launchpad that once served Apollo missions and the space shuttles. But the rocket and capsule that lofted them out of the atmosphere were a new sight for many — built and operated not by NASA but SpaceX, the company founded by the billionaire Elon Musk to pursue his dream of sending colonists to Mars.

SpaceX has been launching Falcons for some time. The rocket has its first stage autonomously land on a ship so that it can be reused. This saves a significant amount of money (Musk once described dropping the first stage into the sea as like throwing away a 747 every time you fly). This was the first time, however, that the Falcon carried actual humans: Bob Behnken and Doug Hurley1, who fist-bumped as they reached orbit.

To be honest, the whole thing looks science fiction. The cockpit of the Dragon capsule is less like the Shuttle and more like the deck of the Enterprise. The way the first stage lands looks like something out of a 1950s movie. Elon Musk is…well, he’s a character out of someone’s book. But it all works. Here are a few highlights from the SpaceX Twitter account.

Falcon 9 booster has landed on the Of Course I Still Love You droneship! pic.twitter.com/96Nd3vsrT2

Crew Dragon has separated from Falcon 9’s second stage and is on its way to the International Space Station with @Astro_Behnken and @AstroDoug! Autonomous docking at the @Space_Station will occur at ~10:30 a.m. EDT tomorrow, May 31 pic.twitter.com/bSZ6yZP2bD

I can’t help but be moved by the sight of Americans returning to space this way. No hitching rides with the Russians. A launch from the Cape, following the paths trod by Shepard and Glenn and Aldrin and Armstrong and Ride. Maybe it’s chauvinistic of me, but I still believe that space is our destiny as Americans; our destiny as humans. And while we occasionally forget this in our concerns of the moment (which are not trivial), it is good to get the reminder of what we can do if we try.

There’s a line from the excellent movie Apollo 132 that I am fond of. After the Apollo 11 landing, Jim Lovell says to his wife, “It’s not a miracle. We just decided to go.”

The universe is there for the taking. Maybe not warp ships flitting between the stars, but space stations, lunar bases, asteroid mines — all of which could benefit our very practical needs here on Earth. Will we decide to go? Or is the Dragon launch just one last hurrah for a dying destiny?