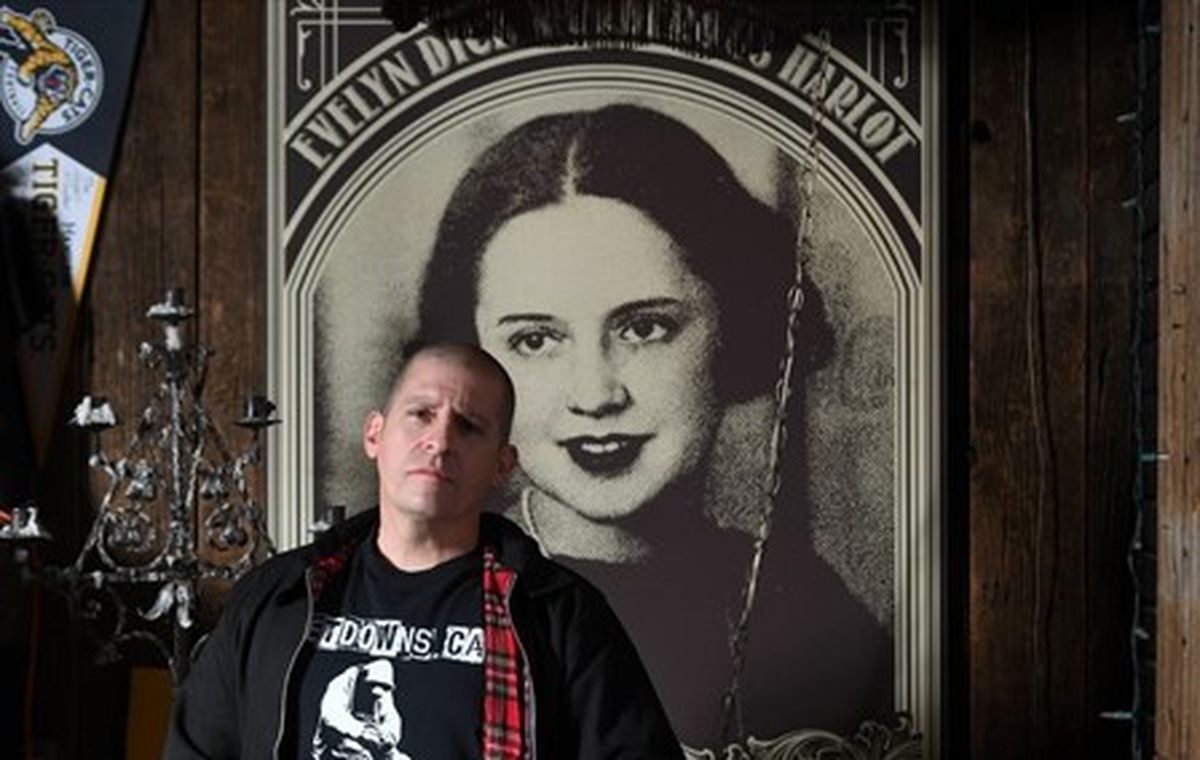 In the interest of full disclosure, I should mention the following passage from page 187 of David Baillie’s recent novel Little Bones, in which he talks about the tangled financial profiles of punk rock hustlers:

“Some few have the means to work towards a degree of some sort- one crazy bastard in a punk band has an actual PhD in history, but works on McMaster University’s maintenance crew.”

Baillie writes novels about Hamilton, Ontario, where I live and he grew up, depicting the artists, weirdos, and misfits who scrape by in its post-industrial dirtscape. We know each other socially, although he lives in Massachusetts, where he teaches at a prep school. Me, I sing in a punk band and write and work at the university. So, folks, the crazy bastard c’est moi.

I wrote previously about Baillie’s first novel, What We Salvage, a bracing, beautiful, difficult story about a young man of no fortune finding himself on Hamilton’s tough streets with the help of his tribe. It was an exceedingly well written shaggy dog bildungsroman that drew from the city, while fictionalizing it in a slightly surreal way. I also appreciated the trick Baillie played: the book starts off reading like a pulp novel and grows into something deeper. It probably added a deeper level for me that I knew the places depicted in the book, although they were all filtered through someone else’s sensibility. It reminded me of James Joyce’s claim that one could recreate Dublin from his books, if it were destroyed.

This is Baillie’s second novel and the second in his “Sons of the Hammer” trilogy. It’s a development on the first in that the story’s a bit tighter this time. I think a lot of writers have an allergy to plotting. It always seems artificial in fiction because life is not plotted. Even Stephen King has said it never worked for him when he tried to plot out a novel beforehand. What does seem to work is coming up with characters and putting them into a scenario and then seeing how they deal with it. If both are sufficiently compelling, you can sit up all night reading to find out how it ends.

In that sense, I’ve enjoyed both novels, but I found this one a bit more of a page-turner. The story begins with the horrific murder of a young boy in 1953. His body is dropped down a tenement coal chute, which is subsequently sealed. Twenty years later, a sensitive poor child with selective mutism, who lives in the same building, forms a sort of kinship with a child’s coal-black shadow that follows him throughout his life. The remains are discovered, minus ten bones, but the mystery is never solved, or even really investigated.

Flash-forward to 1987 and the young boy has been through, and is about to age out of the social work system. His case worker, a young Six Nations man not much older than the boy, despairs over his inability to reach the boy, who lives in a cramped and cluttered apartment and leaves sculptures of fish around the city. When he reaches his next birthday, he will be homeless. Around him, though, are a ragtag band of friends, some of whom we might recall from the previous novel. As well, there is a female musician who forms a sort of sexual-possibly-romantic relationship with the case worker, while trying to set up a guerrilla art show for the young mute. So, as the case worker tries to find the boy inside the young man, he’s also trying to find himself, and figure out where he belongs in this profession.

There are some subplots and supporting characters, but none of them feel superfluous or shoehorned in. And there are enough mysteries to keep one reading until, oh, one a.m. The setting adds texture to what’s going on, but you wouldn’t have to know Hamilton to enjoy it. Back in 1987, the city was a “lunch bucket” working class town then and it really hasn’t changed much. Industry has declined somewhat and the downtown core has gentrified somewhat, but the same band of young and old men “of no fixed address” still roams the streets. In other words, there is still a great deal of poverty, just with a Potemkin village of yuppie cafés and condos spanning maybe eight blocks and making no sustainable home here. Which makes Hamilton very much like any number of North American rust belt towns.

And there are still plenty of people scraping by with the help of each other. There also remain the artists and dreamers, cracker barrel philosophers and mystics, who thrive in this kind of ecosystem. It’s weird that Baillie’s one of only a handful or writers I can think of who have covered this beat; the city feels novelistic. Like something between J.G. Ballard and Hubert Selby Jr. most days. It’s not a bad beat to cover and I think Baillie’s doing a good job of depicting us in fictional form. To be honest, I probably keep that job primarily because it makes a good story.