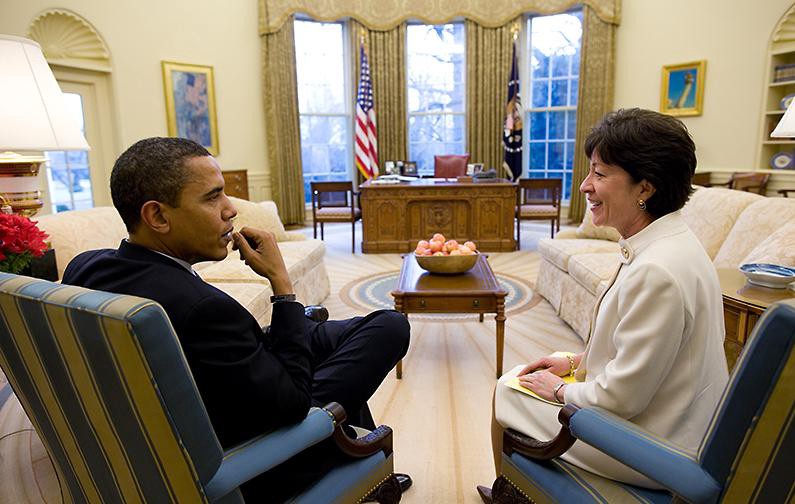 Collins is one of a dwindling number of Republican moderates in the Senate. Moderate politicians are never really liked, especially in this polarized time. A former Republican consultant and NeverTrumper panned the Senator, brushing her off as a squishy moderate. Liberals can’t stand Collins for not voting exactly as they want her to vote. There are even people who sang the praises of Collins’ moderation until they didn’t.

Collins doesn’t have many friends these days, especially after she voted to acquit President Trump in the recently concluded impeachment trial in the Senate. There was some hope that Collins, along with Alaska Senator Lisa Murkowski, would join Utah Senator Mitt Romney in crossing party lines to vote to convict the President. But those hopes were dashed when she announced she would vote no to both counts. Then salt was rubbed into people’s wounds when Collins explained her vote by believing the President had learned his lesson, something that even Collins knew was not true at all. Collins may well lose her seat in what seems to be a very close election this fall and if that happens it will be deserved.

But before that happens, it’s important to look at the wider view when it comes to Collins. Columnists and others that follow politics remember politicians for the last thing they voted on. But Collins has a history of doing good and that should be remembered as much as her unwillingness to stand up to the President. I’m not trying to “defend” Collins or cover up what I think are gross sins when it comes to President Trump.  But I think you must mention the good she has done along with the bad.

I want to focus on two issues that I’ve worked on over the last 20 years or so: LGBTQ rights and the environment. I was involved in two Republican organizations that advocated on these issues: Log Cabin Republicans and Republicans for Environmental Protection. It was working through these two groups that I became familiar with Collins’ record on these issues.

A decade ago, we saw the end of Don’t Ask, Don’t Tell, the policy that effectively banned LGBT Americans from serving openly in the military. Collins was one of the co-sponsors of the bill. She came out in favor of same-sex marriage in 2014. A decade earlier, she voted against the Federal Marriage Amendment which would have enshrined a gay ban in the Constitution. She voted against it again in 2006. She recently was a supporter of the Equality Act which extended protections for LGBTQ Americans. She opposed a Trump judicial nominee because of his poor record on LGBTQ rights.

On the environment, Collins co-sponsored a number of bills that strengthen environmental protections. Most recently, she opposed the confirmation of Andrew Wheeler to become the EPA Administrator.

Collins has a history of bucking her party on these two issues, which is why her vote to acquit the President was so disheartening. I can’t and won’t forget the good that she has done to better the lives of many including my own life, but it can’t remove the black stain that will show on her legacy.

It’s easy for other people to just dismiss the Republican Senator from Maine.  It isn’t that easy to me and frankly, I don’t want it to be easy. As a gay American, I am thankful for her votes that made such a difference in my life and the lives of others. And the environment has had an ally in Collins. Neither of these things should be forgotten. In the zeal to remove the President, it is easy to see Collins as just an enabler, but in fact is she is far more complex than most of us care to admit.

Humans are complex. We like to see those we disagree with as stereotypes, which makes it easy for us to classify and ignore. But people aren’t that shallow (except maybe Donald Trump). People are a mix of good and bad.