Butcher Box, Misfits Market, and Food Delivered in a Box 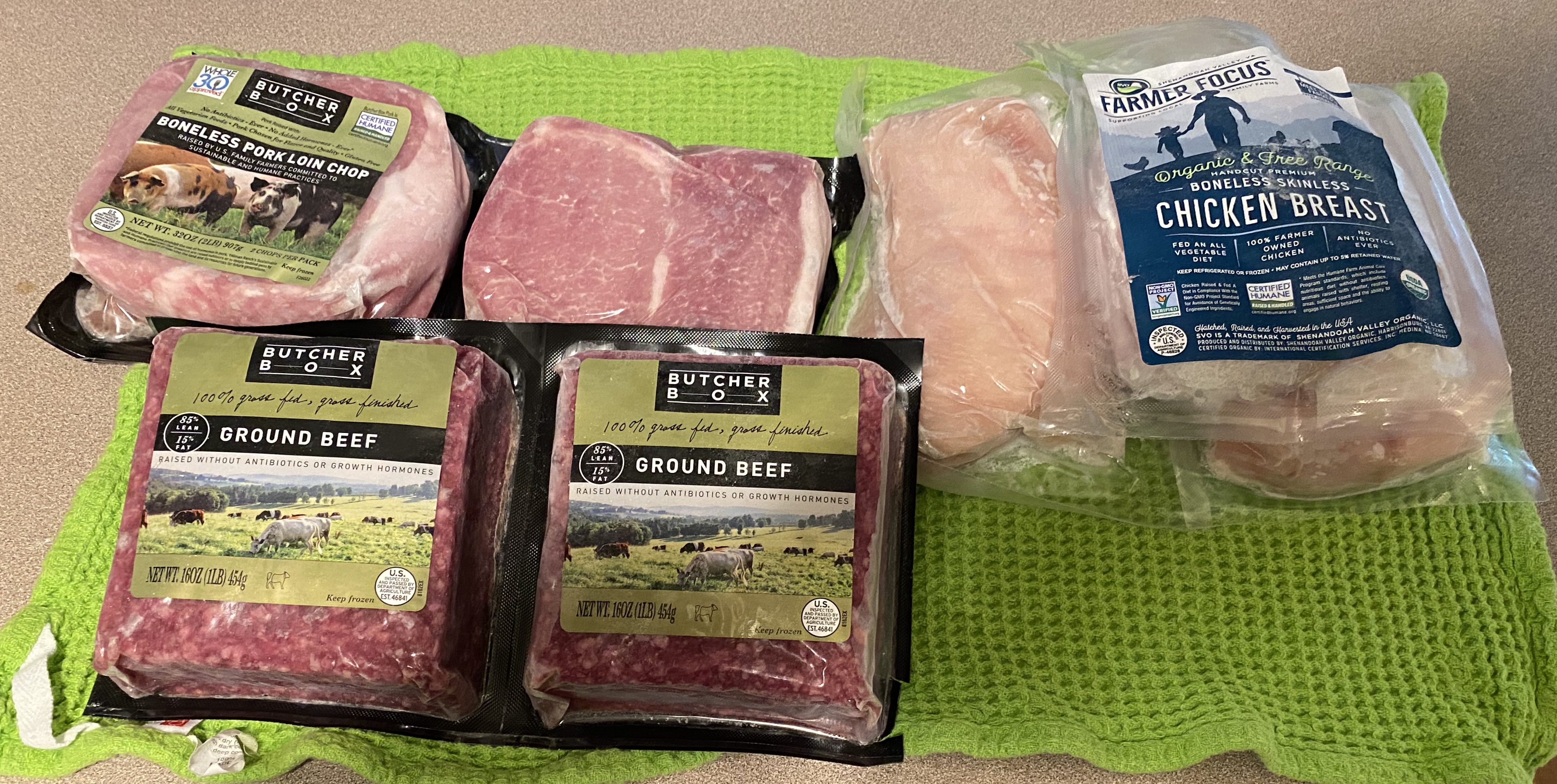 It seems like every day on various media outlets, mainly conservative outlets that produce a media product designed to enrage boomers, you hear about another thing Millennials have “destroyed.” I am here to tell you that we are coming for your grocery stores next.1 In more recent times, logistics has reached a point where you can push a button and something can be delivered to your door the next day. Wild!

Starting in the mid-2000s, subscription meal-kit services began to hawk their products more aggressively. Subscription-based services are not a new concept, of course, but this concept would ship a ready to prepare meal to your door. Now, there is a distinction here because a meal delivery service2 delivers you a prepackaged meal that is already prepared, all you have to do is heat it up. Meal kits, deliver partially prepared and fresh ingredients and a recipe for you to follow. Some examples are, and you might have seen coupons for these in your Barnes & Noble delivery, Hello Fresh and Blue Apron.3

I have never personally tried any of those services, I recall my wife and I discussing it in passing, but we never pulled the trigger. These meal-kit services have spawned yet another group of subscription-based services, boxes of produce and meat. Now understand, your boy hails from hillbilly country in Pennsylvania, and I recognize that a lot of Farms and Farmers markets have the Community Supported Agriculture (CSA) “boxes.” So, I know plopping produce in a box and selling it is not a new concept. However, with CSA, you are limited to what you get, and I am not expert, but they aren’t growing citrus in Pennsylvania, for example.

What happens when a global pandemic hits and going to the grocery store becomes even MORE of a chore? The answer is “grow your own produce, Chris,4” BUT we recently relocated, bought a new house, and had a new baby, so a garden really isn’t on the top of my list of things to do. Enter Misfits Market, a subscription-based produce service. I heard of it from one of my good friends who was also kind enough to provide a code so I would get a discount on the first box and he would get one for the referral.5 I had also seen it advertised on the hellsite, Facebook.

I gotta give credit where credit is due, it was my wife’s idea, and at her urging, we signed up. I was very skeptical of this kind of thing. Just thinking of how a box of organic fruit and vegetables being delivered to your house from some random warehouse gave me the howling fantods. During this weird time, finding stuff at the grocery store was becoming hard, and we were more accustomed to weekly shops and hitting the store in between for random things we needed for meals. Waiting in line every 10-14 days to grocery shop was not a good time.

What we got in our second box.

We weren’t the first to think that getting produce delivered to your door during a pandemic was a good idea, so we got wait listed. I believe we signed up at the beginning of April, but didn’t receive our first box until about 3 weeks later. We went with “The Madness” box, which is $35.00. There are 3.5 humans in our household, two adults, one not picky toddler who eats her vegetables, and a still nursing infant. You can customize how often the delivery occurs, for our family we went with every two weeks. In the interim, I went to the grocery store and the only things I bought in the produce aisle were grapes, bananas, and a bag of romaine because kale (pictured above) is best served with something else in a salad. As of this writing, we are almost out of everything pictured, but are expecting another box in a couple days.

Misfits whole shtick is to eliminate food waste, as many millions of pounds of produce goes to waste every year because there is 1. not enough to sell; 2. it’s ugly, misshapen, etc.; and 3. there is a surplus. Since we live in hell run by right wing maniacs, simply giving away excess produce to, say, those who need it or could use it6, some finance bro discovered a way to commodify the uncommodifiable! That is, selling unwanted but usable stuff to a generation that loves convenience, and what is more convenient than a credit card getting charged a monthly fee and stuff showing up to your door?

As with most things, Misfits has evolved since its founding in 2018, you can now include add-ons to your monthly subscription based on, what I presume to be, limited stock of certain things. It’s not just produce, either. On our second box, my wife added a whole mess of strawberries and blueberries and I wanted to try some kind of fancy green tea. There were some excellent chocolate nibs to. Pictured above is the variety of produce that came with our second box. Misfits prides itself on including some real avant-garde veggies and fruit to every box, for example, in our first box there were some golden beets7, and in this second box you can see some broccolini pictured. How often do you go out of the way to get broccolini at the grocery store? The randomness can be a blessing or a curse.

We have been discovering new and creative ways to cook though, so that is definitely one positive. We are also able to throw together stuff that we would once plan for, or make one of those aforementioned mid-week trips to get a missing ingredient. For example, our first box came with some great looking cooking onions and some parsley (all organic) and in the second box we got the redskin potatoes you see pictured; all of which my wife made into her late grandmother’s patented German Potato Salad. It is kind of conceited and very first world of me to say this, but Misfits has improved our consumption of produce and lessened our food waste in a huge way.8

Butcher Box follows a similar business model, however, they aren’t selling low-quality cuts simply because there is a surplus or what have you. It is a bit more narrowly sourced and curated. Also, the price point is astronomically higher than Misfits. Obviously, meat that is organically and sustainably sourced, is always going to cost more. So, while Misfits is commodifying an inefficiency, Butcher Box is a more straightforward “buy from us because it is both convenient and high quality.”

After another month-long stint on a wait list, we finally received our first box last week. I am working with a small sample here, but the first box contained about 10 pounds of meat, and that included the “free” pound of bacon that came with it since it was our first box. Butcher Box gives you the option to build a box of varying size at a higher price point, which would work well for a large family that has an additional chest freezer, or you can get the smaller variety box of beef, chicken, and pork. You can also get a box of just chicken, just beef, or just pork. We opted for the “Classic Box” at $129.00. 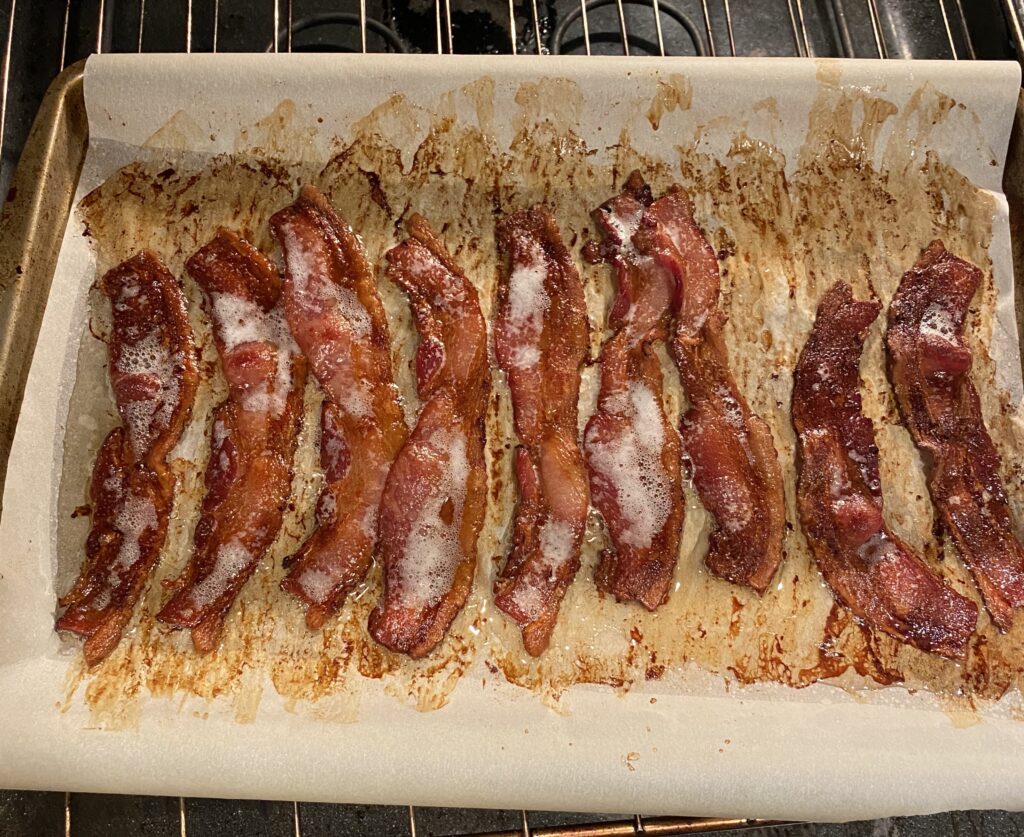 At the times of this writing, we have only cooked the bacon, because there was some stuff left in the freezer that needed to be cooked and eaten first. So, to give you the full review on the bacon: it was really freakin’ good, man. My wife and I watched a few unboxing videos the night before the box was to be delivered and were impressed with the variety and were hoping to see that same variety the next day.

Our first box was kind of vanilla, we got mostly staples, some nice looking chicken breasts (6), thick pork loin chops (4)., and two packs of grass fed and finished ground beef. Free pound of bacon too. Very utilitarian. In the unboxing videos, people were pulling out beef tips, filet, salmon, whole chickens, etc. From Classic Box too! We chalked it up to a limited supply chain and a surge in subscribers. Looking forward to what we may get next month. Like Misfits, there are add-ons to your box which include stuff like breakfast sausage and more of that bacon. One thing to note, the shipping was free, and they put a chunk of dry ice in there to ensure stuff stays frozen, everything we received was rock solid frozen. 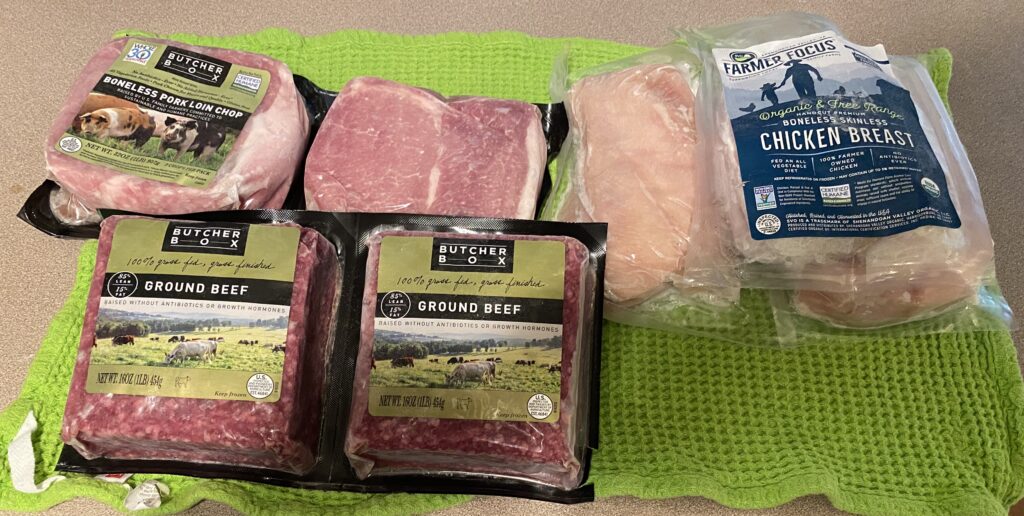 As far as comparison goes, I’d say it cost as much as we would spend on meat at the grocery store, however it is hard to say because we would generally plan stuff in advance based on what meals we planned on making in a given period in between shops. Plus the sourcing and quality of this meat is allegedly better. Like with Misifts, it does kind of box us in to “do what we have” insofar as making food, which is not such a bad thing, especially during these weird times.