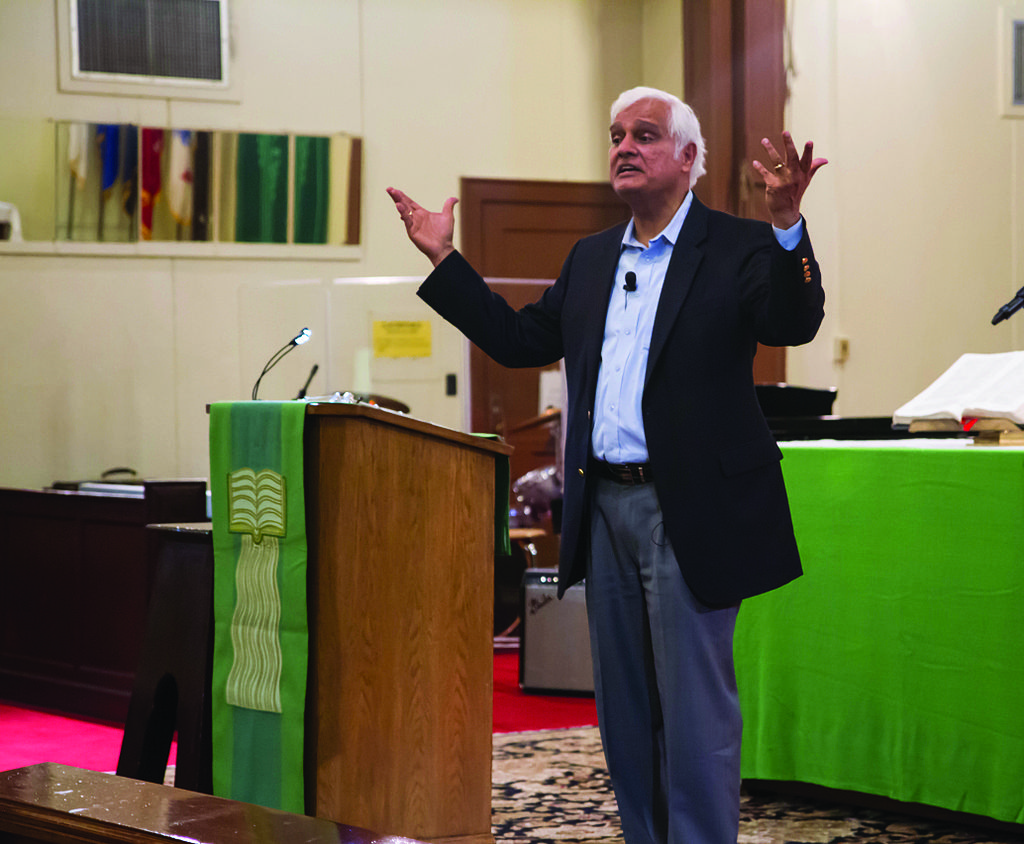 The death of Ravi Zacharias yesterday has generated such a broad array of conflicting responses from Christians themselves that one might assume they face complex and confusing sets of facts. Who has time to wade through all that?

Here’s a useful tip much beloved by trial judges. Ignore “he said/she said” situations whenever possible and evaluate claims based on agreed-upon facts. It’s quicker and ultimately more convincing.

With Ravi Zacharias we’re lucky: we know what he did. He has admitted certain allegations and ignored certain compelling evidence with a telling silence that leaves no doubt about what happened.

Happily, despite the acrimony, the key facts are undisputed. I will list the main ones now. This will enable readers to reach their own conclusions and to perhaps add some light to the smoke that will envelope one important part of the Internet for a long time.

(N.B. I’m going to skip the whole “Dr. Zacharias“ controversy, and other minor Zacharias falsehoods, which I now consider to be a little like talking about Charles Manson‘s traffic violations. I have extensively documented these elsewhere. Let’s go straight to the big issues, Oxford, Cambridge, and the sexting lawsuit.)

Zacharias claimed for years to be a “professor at Oxford” or “an official lecturer at Oxford.” These claims are false. The University and the Hall at Oxford where Zacharias claimed to teach confirmed that he has never been on their payroll and never held any formal teaching position with them. In August of 2018 Zacharias apologized to Warren Throckmorton, a Christian professor and blogger, for the false professor claim.

Zacharias, it turns out, had been given a purely honorary title by a “permanent private hall“ of the University, but never held any formal teaching position there. He had also started an apologetics school in the town of Oxford where he taught regularly. None of this made him a “professor” or “an official lecturer” at the prestigious University of Oxford.

Zacharias widely claimed to be “Cambridge educated“ and to have “studied under” various prominent professors while at Cambridge. Here we see Zacharias tell an audience that the University of Cambridge had the most prestigious philosophy department in the world and that “I went there, I studied under them.”

Zacharias also widely claimed to have been invited as “a visiting scholar at Cambridge University.”

These claims are false. In August of 2018 he admitted to Dr. Throckmorton that he had never enrolled at the University.

The fact that Zacharias had never enrolled at the University of Cambridge also revealed that his frequent claim to have studied “quantum physics” at Cambridge under the renowned physicist, John Polkinghorne, was false.

Zacharias, it turned out, had done a 2 to 3 month sabbatical at an Anglican training school in the town of Cambridge in 1990, when he was 44 years old. During that time he observed some lectures at the University of Cambridge. This was the sole basis for the Cambridge claims he made until 2018.

In 2015 the University of Cambridge also stated in writing that whatever work Zacharias may have done at the Anglican training school would not have made him a “visiting scholar“ at their university.

On July 31, 2017, Zacharias filed a lawsuit in federal court in Atlanta against a young married Canadian woman with whom he had formed an intimate online relationship.

In his lawsuit he claims that he was often too busy to correspond with his fans. He nevertheless began an online relationship with this woman, whom he had briefly met twice around late 2014. At some point he asked her to communicate with him via a “more secure method“ and gave her his BlackBerry information. Over the course of their relationship she sent him multiple sexual and nude photos. Zacharias claims he repeatedly asked her to stop, but he provided no evidence to support this claim. Although it is not clear how long the sexual aspect of the relationship lasted, Zacharias did not report it to his board until the woman threatened legal action in April of 2017.

His lawsuit claimed he had been extorted by the woman, attaching as Exhibit 1 to the complaint a letter from the woman’s lawyer accusing him of sexually exploiting the woman while acting as her “spiritual guide.” The letter alleged that Zacharias’s abuse had caused the woman stress and anxiety requiring medication, and had driven her husband to attempt suicide. For the “irreparable harm“ Zacharias had done to the family the lawyer demanded $5 million in lieu of “protracted and public litigation.”

In the letter the lawyer also claimed to have in his possession a suicide threat Zacharias had made by email to the young woman after she informed him that she wished to terminate their relationship and confess it to her husband.

In November of 2017, Zacharias dropped his lawsuit against the woman, agreeing to pay her and her husband an undisclosed amount of money. The agreement prohibited the parties from discussing the matter further.  However, the Christian watchdog group, Ministry Watch, asked Zacharias’s ministry whether Zacharias had received any “unusual compensation” from the ministry to pay for the settlement. The Zacharias ministry had responded to other questions from Ministry Watch, but they ignored this one.

On December 3, 2017 Zacharias was asked about this suicide email by Christianity Today magazine. While he defended himself against certain other allegations, he declined to comment on the suicide threat.

Within months of the Zacharias settlement his evangelical business colleagues began bestowing prestigious and coveted honors on him. A megachurch in Florida granted Zacharias a lifetime award in ministry. The publishing behemoth HarperCollins Christian Publishing announced a new book deal with Zacharias. The Southern Baptist Convention had him address their annual convention in Dallas. And so on.

Those are the facts. Nobody disputes them. Determined partisans can, of course, always muddy the water. This was a $5,000,000 set-up by the couple. The woman’s husband had sued a pastor before. The woman was more guilty than Zacharias because she was the one sending the photos.

In the interest of not fighting over facts, let’s grant all of that. What does that leave us with? Well, the undisputed facts. Zacharias came into that relationship in 2014 with a history of deceiving others about himself. And it was he, not the “extortionist” couple, who initiated the “more secure” BlackBerry communication. The BlackBerry encrypted his communication with the woman and made it less risky for him to receive sexual photos. It was he who kept the matter from his board of directors as long as he possibly could. It was he who sued and (in all likelihood) paid money to ensure that the woman would never talk about what had happened. And with that settlement he gave up his right to forcefully to deny one of the more serious allegations that could be made against a man of the cloth, that he threatened suicide to pressure a married woman in his spiritual care from confessing their sexting relationship to her husband.

This is all undisputed.

Now, if I may switch to opinion, I must say that this does not seem to me the conduct of an innocent man. If I were a famous minister of the gospel falsely accused of this sort of stuff, the last thing I would do would be give up my right to clear my name. (This, after all, would be a matter of importance to the Kingdom.) And if I really didn’t want those sexy photos coming in I would make a record of my protest and make damn sure it got into my lawsuit, especially a lawsuit carefully drafted with a view toward public opinion. I would also let my board of directors know immediately about the Fatal Attraction.

The only thing that would keep me from doing all of the above would be that I am a willing participant in the online infidelity.

And if I were a Christian publisher, megachurch pastor, or leader in Christian ministry, I would cancel book contracts, speaking gigs, and awards ceremonies and ask that the offender refrain from further ministry until full confession and repentance is made.

The only thing that would keep me from doing all of that would be if the bottom line were more important in Evangelism, Inc. than whatever the Official Holy Documents might say about truth and integrity.

And that, ironically, will be the most enduring lesson Ravi Zacharias has taught is.

Steve Baughman is a lawyer and part-time student at the Dominican School of Philosophy and Theology in Berkeley. For extensive documentation of the assertions in this article see his Ravi Zacharias exposé Cover Up in the Kingdom: Phone Sex, Lies, and God’s Great Apologist, Ravi Zacharias, available at Amazon for download and physical delivery. Steve can be reached through his website www.RaviWatch.com.