Call Us, Maybe? Ordinary Times, By Any and All Labels Necessary 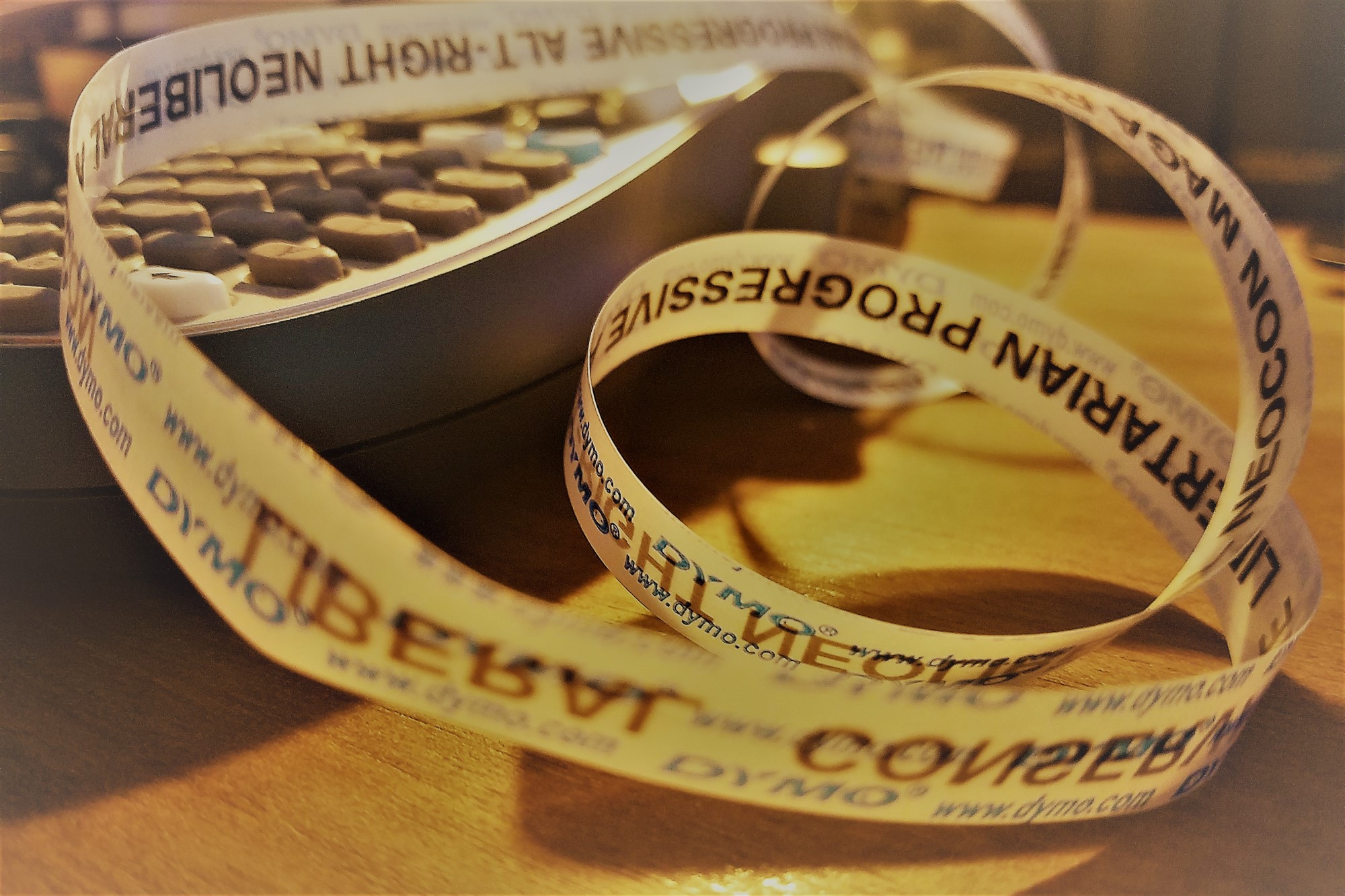 Just to have a bit of fun on the interwebs, I threw out a grenade that I have tossed before, just to see what would happen.

So based on my mentions today time to bust out another edition of “what is @four4thefire“. It’s an open book test, folks, with hundreds of articles @ordinarytimemag, a few @ArcDigi, and a few more scattered elsewhere if you aren’t up on reading.

This conversation spurned from a bit of internet fun yesterday when a piece that appeared here on our little corner of the interwebs about Justin Amash was block quoted in a Vox piece by the talented Jane Coaston, with the explainer it was by “a writer at the conservative-leaning blog Ordinary Times” and using the excerpt to launch into her point about criticisms of Rep Amash’s candidacy.

Several folks on social media had the same reaction to that statement: “Does Will Truman know he’s running a conservative-leaning blog?” accompanied by laughter. All in good fun.

My own reaction, after joining Will in being happy the link was correct and worked, was “They called me a writer…YAY!” along with a semi-serious inquiry if that entitled me to a t-shirt or something, which Jane Coaston was gracious enough to play along with.

But back to the serious question at hand: we really do have a broken national label maker when it comes to political discourse.

To be fair to Coaston and Vox, if that Amash piece was all you ever read of Ordinary Times, and in the context of the prevailing narratives, I could see where that conclusion could be from. The former Republican-turned Independent-now Libertarian Party standard bearer has been deluged in criticism from left, right, and center, none louder than from President Trump’s allies on the right who haven’t forgiven/forgotten Amash’s votes during impeachment. The left is furious anyone might syphon votes from presumptive nominee Joe Biden. Others are just annoyed there is a longshot candidate eating up airtime and bandwidth.

You can count me in that last group. No need to rehash what I already spent a full piece explaining, but Amash has about as much chance of being elected president as a Zoroastrian becoming the next Pope. I wish him no ill at all, went out of my way to point out I do think he has been consistent in his principles in office — a rarity worthy of praise these days — but I have to operate in the world as it exists, and this is a sideshow at best and waste of all of our times at worse.

Of course, writing such a thing means stuck-in-the-moment person would immediately conclude I must be a rabid Trump supporter, or an all-in for Joe supporter, or who knows what else. Thus my little polling exercise.

I take up that much runway to get to this point: Why do I, and many of you, spend so much time on this website in the first place?

Some years ago, when Will pitched me writing at this site, it was a two-pronged approach: welcoming of expansive viewpoints, and intelligent commentary. I have found both to be true. Like everyone, we do have our moments, but the commenting section really is one of the best I’ve ever seen both in quality and staying on topic for the most part. I do not partake very much for a couple of reasons, mostly because since I do most of the scheduling and have a hand in editing I don’t think it’s fair to encourage writers with one hand and then flamethrow them in the comments with the others. But our commentareum is full of wickedly sharp people who will challenge any and every idea in the best ways of enlightened discourse.

Which leaves the wide-range of viewpoints.

The slant of something like Ordinary Times is subject to who is writing in it at any given time. As those of you who have been around a lot longer than me know, folks come and go. In the eleven years Ordinary Times has been in its current configuration, and longer going back to the League days, the list of “formers” is 4 to 1 to “currents” if not more. Naturally there is going to be an ebb and flow to the editorial content. Myself having come along in the era of Trump dominating all that is politics and culture, this era of OT is no doubt unique from others no matter what else might be going on. But I can count on one hand the number of submissions we’ve had to reject for content reasons over the last few years. That’s a remarkable testament to our contributors knowing their audience and knowing the site. It is something to appreciate, and something we can collectively be proud of, that folks who get nothing other than reads put up the quality of content we do. There are folks paid to write, and readers paying for, much less than Ordinary Times has produced daily for over a decade now.

In no small part this is because the objective we strive for was and is quality writing from folks willing to put themselves out there for consideration. We let our authors bring what they are to the table, and hash it out as they present it. Our unwritten rule of anything in a piece is fair game for commentary but don’t get personal about the author has served us well. On the rare occasion someone has reached out to complain about “why do you let so-and-so write X, Y, Z” my answer is always the same: write a rebuttal, and we will put it up as well. Strangely enough, not many take us up on that, but the offer stands.

In a world where the right hashtag, buzzword, or emoji symbol can get you an almost instantaneous social media following, I’m rather proud that even the folks I write and opine with sometimes have a hard time pinning down a single word label for me. Maybe it’s because I’m not a good enough writer for the nearly 500 articles I’ve put up on OT and elsewhere to fully reveal all my innermost feelings. But I’m hoping it’s more because despite what I know are my priors, I still let what’s real and true guide to wherever they lead from the circumstances, not the other way around.

So other than that “conservative-leaning” part which would be news to many of the OT faithful, I took it as a great compliment to be called “a writer for Ordinary Times.” I don’t think Will really knew what he was getting into inviting me, but it has been an absolute joy, and meaningful to my life in ways I cannot fully express. I appreciate all the editorial staff, Will, all of you, the folks that came before like Tod Kelly and Burt Likko who have always had an ear for me when I needed something. This is a very special place. I, and the internet as a whole, are the better for it being here.

So whatever label you have for yourself or the rest of us, I for one am glad you are here, reading, discussing, and sharing the best in politics and culture we can provide.

And as always, if you disagree with anything I just wrote, we are open to submission if you want to do 800-1000 words on why I’m an idiot. Be happy to edit and promote it.

After all, we are OT, where you, too, are just a submission away from being called “a writer for Ordinary Times.”