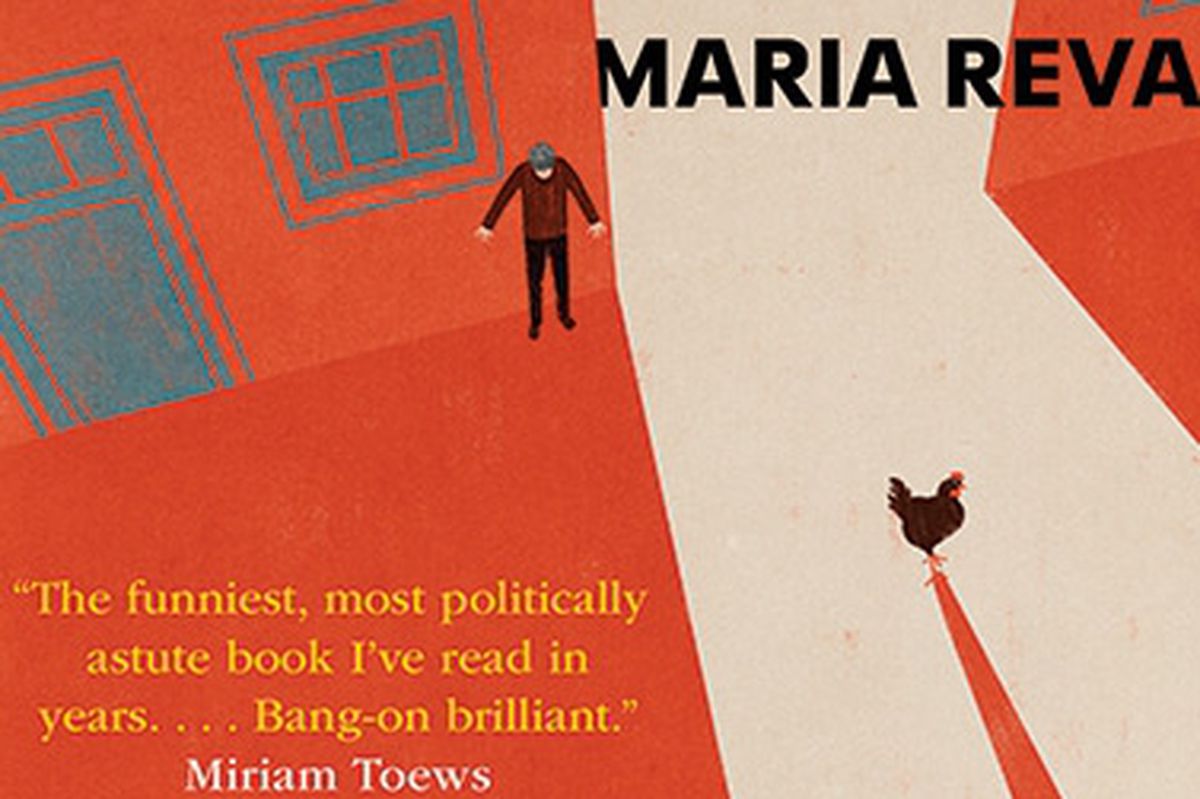 If you’re looking for a general rule about human life, here’s one: We get used to it.

Whatever it might be, sudden wealth or poverty, feasts, floods, or famines, and yes, even pandemics, we seem to adjust somehow. I’m certain psychologists have some term for this, besides “playing the hand you were dealt” but it’s something I’ve noticed among human beings of all backgrounds. And it’s not necessarily that people are forever more resilient; it can go the other way too. I’ve seen people introduce some completely superfluous luxury into their lives and one month later, they can’t imagine living without it.

It’s usually that we become more resilient though. This week, one of the books I read was Maria Reva’s collection of interconnected short stories Good Citizens Need Not Fear, and it occurred to me that the stories were all about people managing to get by in trying times: before and after the fall of the USSR in Ukraine. All of these people are, in their own ways, trying to secure basic needs for themselves, from the husband trying to get the heat turned on in a building that doesn’t officially exist to the widow selling contraband records pressed onto X-Rays, to the poet trying to pass off a runaway orphan as a missing beauty contestant in order to bring renown to his village. As one might surmise, the stories are often strange, funny, and surreal, which sort of feels appropriate right now.

Of course, we’re adjusting to something — a virus — that has no thoughts, central nervous system, plan, will, or logic to it, while the characters are working around a man-made system intended to control the behavior of men. But, hey, come to think of it we’re also still seeing the inability of man-made systems to, well, control the behavior of men. Reva’s stories are great at showing how stubborn and intractable and just how weird people are and remain in the face of control and how systems adjust to this human weirdness by becoming more and more illogical. Some of her setups are perfect black comedy. In “Bone Music”, the widow who sells contraband records pressed into x-rays meets an older neighbor who wants to sell her own tumor x-rays for music and faces a dilemma: the older woman might be spying on her, but brain tumor x-rays are especially popular. In “Little Rabbit”, the orphan Zaya nearly escapes from an intnerat with the help of a mummified saint relic — the mummy makes it, not the girl. The saint will show up again, as will Zaya, who becomes something like a main character in the book.

Themes and characters recur. The stories are short and the book has a nice claustrophobic atmosphere because the characters pop up repeatedly and the stories all take place inside or within the vicinity of the same apartment building; 1933 Ivansk Street, built with leftover materials and not officially recorded as existing. The writer, Maria Reva, was born in Ukraine and raised in Canada and no doubt drew on her family’s experiences. Having worked with plenty of immigrants from former Soviet states in Eastern Europe, I recognize the vein of cynicism and mordant wit in the writing. Yet, at the heart of the book is a relationship between an older poet and a somewhat feral young woman that is as close to a father-daughter relationship as either is capable of having.

I’m usually a bit lukewarm on this type of fiction. My elderly mother has been reborn in recent years as a hard right Trump devotee and one of the interesting aspects of it is she reads every book she can on Eastern Europe before the Revolution and the Soviet states afterwards. She seems to derive a lot of moral clarity from these stories, all of which she takes as cautionary tales; it could happen here tomorrow! I’ve read many of these books too, but am not in much hurry to reread Darkness at Noon or The Gulag Archipelago or any of the other grim memento ruskii she enjoys.

However, this particular book, while a bit slight, was a more enjoyable read because it captures how most people get by regardless of the political structure. They hustled and schemed under Soviet state apparatchiks, and they still scrape by under a hustle-based capitalism. The mummified saint is now a museum attraction. Zaya works giving package tours to rich westerners who want to experience what it was like to suffer in the old world. One popular tour recreates One Day in the Life of Ivan Denisovich: tourists get to scrub latrines and fight for potatoes. I should sign my mother up.

In other words, it’s not so much about politics — with one exception, most of the characters could seemingly care less about political questions. It’s really a book about how we all adapt to forces beyond our control and manage to survive, until we don’t. Whatever it is, we get used to it.

So, what are YOU reading, watching, playing, pondering, or creating in solitary confinement this week?