Yakuza and the One Good Mobster 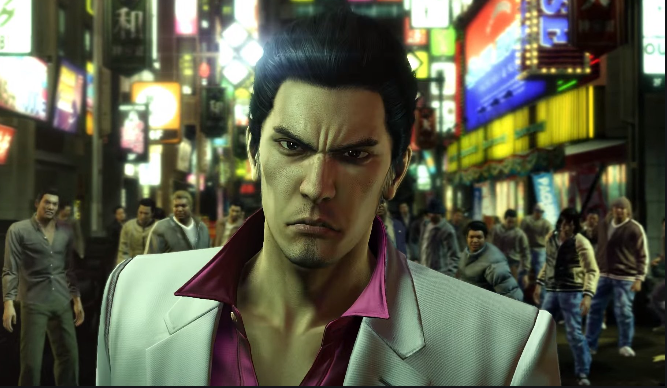 The world of organized crime is rough.

This is hardly news, of course. Media from all aspects of society paint such a picture very clearly. Be it The Godfather or Scarface, The Sopranos or Boardwalk Empire, our film and television make it pretty clear that it is a hard life full of bad men making evil decisions. There are always people who miss the intended point, thinking that Tony Soprano or Tony Montana are automatically heroic figures simply by being the protagonists, but generally the intent is clear: the life of a mobster is bad.

Video games, as ever, tend to be the exception.

Much of it is the nature of the medium, of course. As a whole, video games tend to glorify violence in a way that other mediums could never dream of. Let me be clear that I’m no hater — I love video games more than is probably healthy and am well aware of how much fun they can be. But that doesn’t change the fact that video games lean heavily on violence compared to just about everything else. A movie with the level of fighting of the average video game would almost certainly be flogged as worse than grindhouse schlock. Even the most heroic soul, on a quest to save his family, racks up a body count that would make Liam Neeson’s character in Taken blush. Nevermind the games like Grand Theft Auto where being an unrepentant criminal is the entire appeal.

Based on the name, you’d expect it to be essentially the Japanese version of GTA, where you revel in gloriously illegal activities, just from the other side of the world. And yet, somehow the series features hands-down the most kind and generous mafiosa portrayed in media of any stripe.

Nor is this a case of misleading titles. Kazuma Kiryu, the hero of the series, is not someone who was slighted by the mob and seeking his vengeance from the outside — he is a loyal member of the Dojima clan, through and through. Nevertheless, Kiryu remains one of the sweetest characters around, to the point that it’s become a meme.

Some of this is because of the side quests. As a series, Yakuza is absolutely full of them. Completing Kiryu’s quest invokes memories of the dotted-line Family Circus comics, as he takes up a side job as a real estate agent, or becomes the manager of a maid cafe, or develops a crippling addiction to slot car racing, and so on. Many of these side stories also specifically involve him righting some sort of wrong. Kiryu is consistently portrayed as taking injustices extremely personally and deciding he has to do something about it. While most common portrayals of mafiosa show them getting involved with some situation involving people they care about, Kiryu is consistently going out of his way for strangers that he only just met, deciding to resolve whatever problem plagues them.

Kiryu is also unique among criminal protagonists in that he never attacks innocent people. In movies, attacking the police is frequently a line no one wants to cross. Shooting the police captain is the fundamental moment when Michael Corleone’s life changes forever in The Godfather. But video game mobsters have an entirely different reaction. In Grand Theft Auto or its ilk, attacking the police is just a part of everyday life. You’ll rack up a body count in any video game by the end of the first couple missions that blows away the worst war movie, and usually the worst penalty for attacking random people is getting the police called on you – which, of course, you can then proceed to attack just as well.

But Kiryu? Not happening. Not only does he have less violent tendencies than the rest of his digital counterparts, even the movie mobsters seem trigger-happy by comparison. Certainly, when he gets into a fight, they can (and almost certainly will) be extremely violent, but he doesn’t pick fights with anyone. In Yakuza you are completely incapable of attacking random people on the street, and combat only starts when someone else decides to become aggressive towards you. Kiryu is less a mobster and more a legitimate businessman who participates in impromptu Fight Club reenactments.

So in many respects, Kiryu is the “nostalgic” ideal of a mafiosa. He doesn’t pick fights, he just wants to conduct business, and he behaves with honor within the profession. Sadly, the rest of his organization never feels the same way, and this is the root cause of the conflict in the series. Kiryu, the idealistic criminal, versus the real-world thugs that populate his organization. In each game, Kiryu inevitably gets drawn into some underworld politics or the machinations of some high-ranking lieutenant who wants to use the naive hero as a pawn to move up the ranks. And inevitably, it escalates to Kiryu yet again fighting his entire criminal organization, cleaning out the corruption from top to bottom to clear his name.

And then, when his one-man war on his own crime syndicate is complete, Kiryu goes right back to being the loyal mobster again, fighting only the sorts of petty thugs that would give organized crime a bad name — until yet another new plot arises that requires him to play cleanup.

The idea of the “good criminal” is frequently romanticized in fiction, and certainly it has its appeal. Who doesn’t want to be Robin Hood? Few games, though, have successfully captured that feeling the way Yakuza does. You can be both a criminal and a good person, without contradiction.

In these crazy times, there’s a certain amount of comfort in being able to blow off steam and virtually do things that would get one ejected from polite society. Being able to do that while also maintaining a sense of morality? It’s certainly valuable for me. In spite of my best efforts, I have repeatedly insisted that this time I’m going to be an evil character for a change of pace, only to revert to my friendly ways as I immediately feel bad for the fake slights I commit against artificial characters. Having someone who is generally a good person but also lets you indulge in the more power-fantasy elements of the genre? Very satisfying.

This unique perspective combines with the other unusual elements of the Yakuza games. More than any other series I can recall, the games truly capture the feel of being in the time and place the story takes place in. The games are centered around the red light district of Tokyo, and despite consisting of just a few blocks of real estate, the game world is realized with a depth rarely seen in most series. These few blocks have as many side quests and mini-games as any massive Grand Theft Auto game, with the added benefit of not locking most of them away until you bother to complete enough of the story that the game reveals it. If you want to step away in chapter 1 and go sing karaoke for an hour, nothing is stopping you. You’re actively rewarded for doing so, in fact, or just taking the time to dine at the various restaurants in the game. Or spending hours building your perfect slot car racer.

Given all this, Yakuza winds up being the criminal series I can get myself lost in. Not the ultraviolence of Grand Theft Auto or the intentional absurdity of Saints’ Row, but the simple story of one man’s repeated quest to force the mafia to behave with some level of dignity.