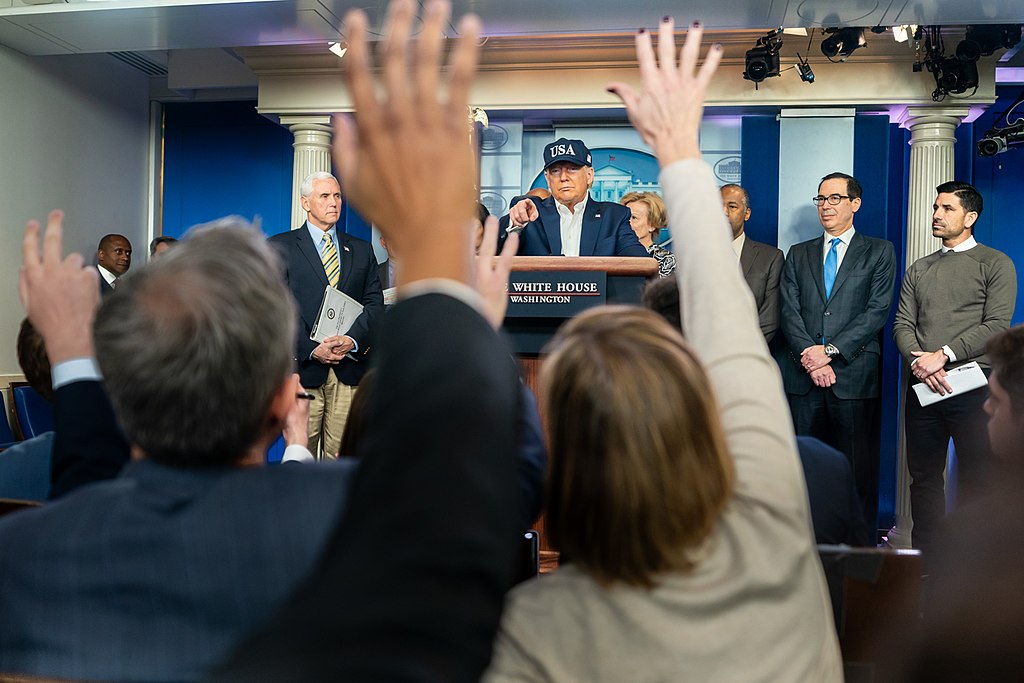 Many years ago, Mike Godwin coined one of the famous rules of the internet: Godwin’s Law.

As an online discussion grows longer, the probability of a comparison involving Nazis or Hitler approaches 1.

Godwin’s Law is so well-established that, after years of debate about its meaning and when Nazi comparisons are and are not appropriate, its invocation has almost become hackneyed. I’m not going to dive into that particular rhetorical mosh pit at the moment because I’m more interested in the purest form of the law: that whether or not the comparison is apt, it is inevitable that you will get to the Nazis at some point.

There are various corollaries to Godwin’s Law, of course. And I’ve increasing begun to apply one of my own. I call it the Trump Corollary, and it states that “As any online or offline discussion grows longer, the probability of Trump being mentioned approaches 1. If it goes long enough past that point, Godwin’s Law soon follows.”

To be clear: I’m not saying “TRUMP SI HITLER!!11!!”. What I am saying is that Trump — like fascism, communism, or the status of the 90s Braves’ rotation as the greatest of all time — has become a rhetorical dead end. Either as, “you’re just a mindless MAGA” or “you just have Trump derangement syndrome”, he has become a place where good arguments go to die.

This corollary really struck me during a video game Discord last week. We were discussing some unruly and uncooperative players and someone joked, “Oh, they must be Trump supporters.” And I realized that I was completely unsurprised that a seemingly unrelated discussion of X-wings ended on Trump. That I’d begun to anticipate that almost every conversation would end there.

One of the more irritating things about Trump’s presidency is the intrusion of it into every aspect of life. Comedies seemingly can’t function unless they make an oblique slam on Trump. SNL can’t go a week without a Trump sketch. CNN has become all-Trump-all-the-time. Awards shows…well…they were always like that. This was true before the Coronavirus but has now been kicked into overdrive. And the President, of course, loves every second of it.

In fact, the diversion of seemingly every discussion, movie, TV show, recipe, internet forum and 3000-year old lead tablet curse toward Trump is something that can now be measured. Call it the Trump Digression Index. For TV shows, it’s how many lines deep you can get into a show before Trump is mentioned. For internet forums, it’s how many comments deep you have to go on a website before the discussion of something — anything — veers off to the president or his supporters and/or critics.

A few measures of TDI, estimated by the extremely rigorous and mathematically sounds method of finding numbers that effectively poke fun.

I’m sure some bright person can write an algorithm to calculate this more precisely. But now, whenever a discussion veers toward Trump, we can rate it on this scale. Examples might include:

“Wow, that was the smallest Trump Digression Index I’ve ever seen in a Care Bears episode.”

“I didn’t think it was possible for Hannity’s Trump Digression Index to get any lower and yet, here we are.”

“Since this COVID thing began, that site’s Trump Digression Index has fallen to about 2.”