Hey WaPo, There is Nothing Wrong With Making Toilets 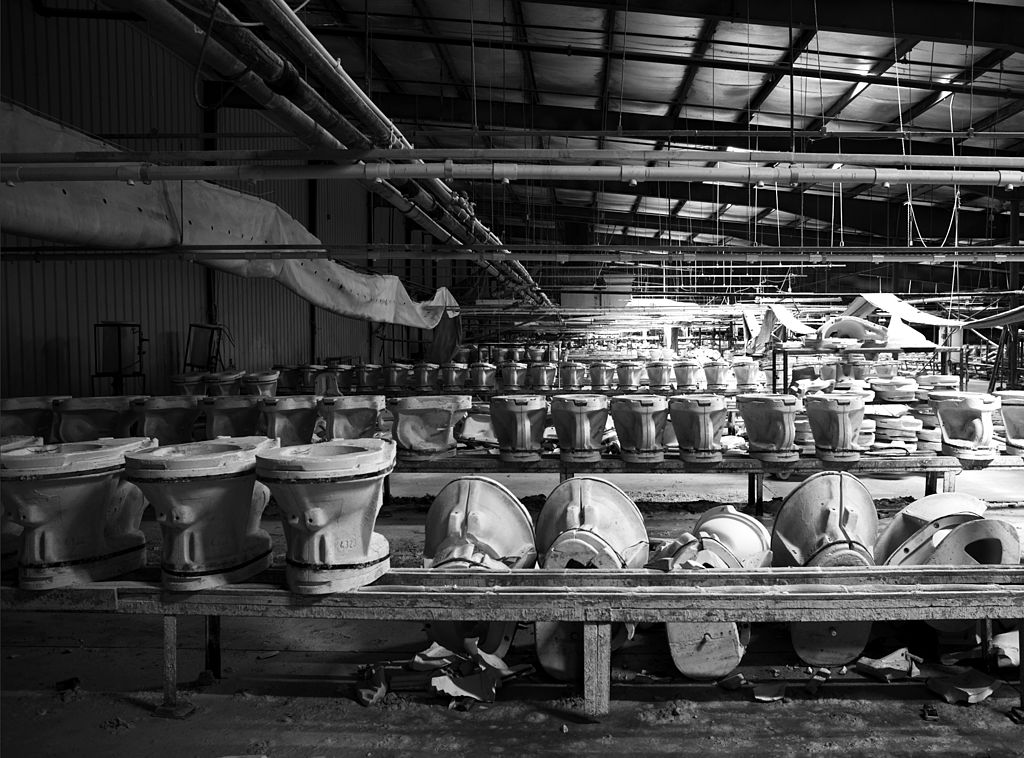 I have this secret hope in which the coronavirus finally wakes some people up to the reality that folks doing everyday normal run-of-the-mill jobs are in no way inferior to people in the entertainment industry, and in fact should be far more celebrated than they really are.

The Washington Post has yet to learn that lesson, it appears, because they ran this article after the death of Bill Withers:

What the WaPo was really saying there was, “Bill Withers was in his 30’s working a laughable, pitiable, dead-end job, then he got famous for singing a song good and his life changed FOR THE BETTER and he became a person worthy of our respect.”

And you know what? I’m tired of it. I’m tired of the people doing the hard work of making the world run being portrayed constantly by the media as less-than and people who wiggle their vocal chords and shimmy around in sparkly outfits being lauded to the skies. We are living in an upside-down world, people. You want to talk about the 1% who have all the money? I’d like to talk about the 1% of completely useless people like Madonna (who cannot even sing well) getting all the respect while the guy working 9-5 making toilets at the toilet factory is viewed as a joke, as a loser, as a guy who couldn’t do better for himself.

Work is noble, and workers are noble. There is an army of people around this world who get up every day, most of them at the butt crack of dawn, and trudge off to build toilets and manufacture consumer goods in factories and swing hammers and cut down trees and dig minerals from the earth and take out garbage and stock store shelves and mow lawns and mop floors and work the drive thru and all sorts of stuff that the writers at the WaPo view as less-than, as lowly, as undeserving of respect. A lot of people, including some of you, Dear Readers, console yourselves with the idea that these people do these jobs because they’re dumb and untalented, that they are where they are because they really ARE less-than, lowly, and undeserving of respect.

And you could not be more wrong.

Speaking as someone who came from the white collar world and married into the blue collar one, I have been wowed and amazed by the intelligence, insight, and talent I have found among blue collar workers, with very few exceptions as great or greater than the mental acuity I have found among white collar workers. They may know different sets of things than you, their impressive brain power may not be measurable on a SAT test, they may not even know the difference between to and too, but blue collar workers are NOT stupid people born to service the needs of their intellectual superiors who just aren’t worth as much as front-row kids. The only difference between the two groups is the opportunity that some people had to go to “good” schools and pursue higher education, and others didn’t.

And it’s honestly a very good thing indeed that not everyone had those opportunities, because they are literally keeping us alive right now.

The only difference between Bill Withers and all the rest of the guys working in the toilet plant was he had some musical ability and a healthy dollop of luck. Luck you say? Let me tell you something. One time I went to a church concert (a small church in a town of about 300 people) and you could have taken any one of those people who got up and sang a song that night and put them on American Idol, they were all that good. People who can sing well are impressive but they are a dime a dozen, especially in this age of professional songwriters, drum machines, and autotune.

You know what I find impressive? The dude who gets up at 5 am and drags his ass down to the toilet factory, works there for 30 years even though it’s not as fun as strumming a guitar, and does the best he can to keep his head up in a world that seems to be going out of his way to tell him he’s inferior to Kylie Jenner, “the youngest self-made billionaire in ever, or whatever”. Because that dude is a freaking hero. He’s as heroic as any doctor or teacher or farmer or firefighter, and yet he never gets even the level of knee-jerk, automatic lip service we bestow upon them, praising him for his good deeds.

People need toilets. They need groceries on shelves and they need people to take out the trash for them. Some might say they need music too, but really, isn’t music pretty far down the list of actual human needs? (and God knows whatever it is the Kardashians do is even further down the list.) Maybe it’s time we as a nation stop lavishing countless hours of attention on the Justin Biebers and Miley Cyrii of the world, stop turning up our collective noses at the little people who do the hard work of our country, and treat these actual American heroes like human beings worthy of our respect, even our admiration.

Bill Withers did not escape a terrible fate where he was brought forth from the bowels of the world where the troglodytes and Morlocks dwell and brought into the sunshine with the rest of the human beings. He was a dude who did one job who got a different job, that’s all. He wasn’t worth any more as a person, and he sure wasn’t worth more to society than he was when he was making toilets. People matter, even the little people, the jobs they do matter, and in a whole lot of ways the people doing the hardest jobs matter the most of all. Here and now, today, a whole lot of them are putting their lives on the line while you sit at home wishing you could go out for a kombucha and avocado toast.

Let’s stop taking them for granted, ok? Because there ain’t no sunshine if they’re gone.