The Seder in Quarantine 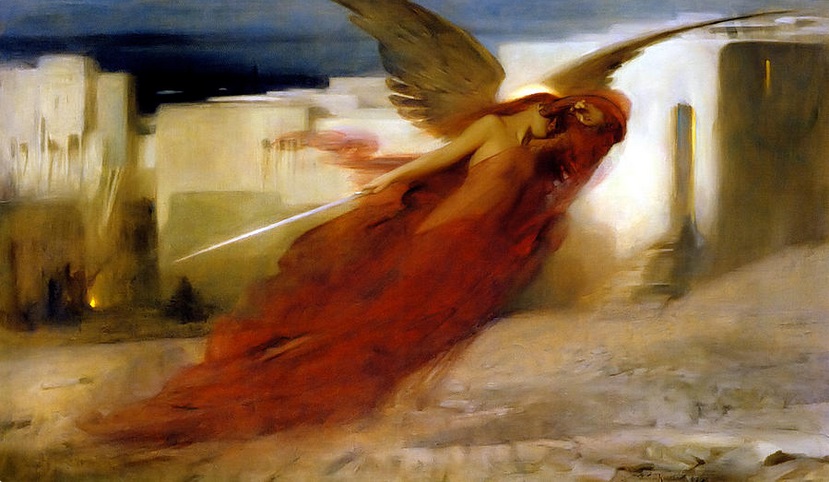 Spend enough time in Jewish communal settings and you’re bound to hear someone — maybe a rabbi, maybe a lay leader — bring up a surface-level contradiction in the holidays of Yom Kippur and Passover. Yom Kippur, they will point out, is the holiday of individual repentance and forgiveness, Passover of communal redemption. The storyline for one is internal, for the other, on the scale of nations. Yet Yom Kippur is celebrated in public, the community coming together for the shul’s most crowded day of the year, and Passover is celebrated privately, on the level of household.

The next move, invariably, is to argue that this tension, somehow, is precisely the point: that by coming together to confess sins, we move from the first-person singular to the first-person plural (following the Yom Kippur liturgy) and enter the community through the narrative of individual repentance; that by separating into family units and clusters of neighbors to celebrate communal redemption, we transform the Seder from the story of how God brought them or you out of Egypt to the story of how God freed us from bondage.

I raise these explanations not to endorse them but to make two observations. First, that Jews have already long noted a strangely private component to Passover. Second, that the strategy for resolving these tensions relies on what Cynthia Ozick, whose imagination is perhaps the most intensely Jewish of any living American artist, describes as the relationship between memory and metaphor: “that metaphor is one of the chief agents of our moral nature” but that it also “relies on what has been experienced before; it transforms the strange into the familiar.” The central memory and metaphor of the Seder, she writes (for you were strangers in Egypt) is also the cornerstone metaphor and ethical commandment of Judaism.

When the world’s Jews gather to celebrate Passover this Wednesday night, our Seder tables will be uncannily private, small gatherings reduced from the scale of family to that of individual households: under half a dozen, often in twos or threes or fours. Some will find themselves totally alone.

From the perspective of metaphor, of Jewish memory, maybe we can think of this as an opportunity. The first Passover night (the evening the holiday commemorates) was also experienced in isolation, each household set apart, their doors closed to a world of plague.

Many generations have drawn Passover’s meaning from the twinned memories of slavery and redemption: the fifth-century scholars of the Gemara debate their primacy; Samson Raphael Hirsch, the 19th-century German rabbi and founding figure of Modern Orthodoxy highlights it.  But this event, this singular night, remains as overlooked in Jewish practice as it is in Exodus itself, which describes the night of the deaths of the firstborn in the future tense, a promise but also a hypothetical, something not yet known. The night’s narrative is wholly elided.

I’m not the first to observe this. The contemporary Bible scholar Avivah Gottlieb Zornberg places this night among the counter-voices of fear and uncertainty suppressed by the triumphant voice of narrative—the terror of the present tense overcome by the concluded story of Israel’s redemption.  “What happens during the ‘night of watching,’” she writes, “is not to be assimilated into the daylight [redemptive] perspective—not even in the sense in which, idiomatically, the ‘day’ is the total, twenty-four hour cycle. No totality can contain the knowledge gained during that night.”

The strangeness of the night of the first Passover will be more familiar to us in 5780 than at any recent time. Then as now, huddled within isolated households, it is “a moment of darkness, fear, ungainly haste, frozen immobility, resonant with the sounds of the havoc beyond the bloodstained doorposts.”

What do we do with this knowledge? What kind of metaphor can we imagine—can we tell to our spouses and children this year (and write down to tell them next year and the year after)?

I think the answer lies in another seeming tension of the Seder itself.

Jonathan Sacks, the former Chief Rabbi of the United Kingdom, notes that Rav Joseph Soloveitchik would raise the question of why Hallel (Psalms 113-118) is recited during the Passover Seder. We sing Hallel in celebration of deliverance on every major and minor Jewish holiday—save one. On Purim, the Talmud rules, “the reading of the Megilla [the Book of Esther] is equivalent to saying Hallel.” But if telling the story suffices for one holiday, why not for another? For Rabbi Sacks, the reason is metaphor: on Purim, Jews retell and remember the story of Esther and Haman; on Passover, we relive the Exodus. On other holidays, we sing Hallel as an act of memory, on Passover, as if for the first time.

This year, Hallel and its metaphors will be different. It won’t merely be sung in the present tense, a song of triumph just now renewed. Around our thinly-populated tables, we’ll sing Hallel in the future tense, as Exodus itself describes the night our Seders commemorate. Reciting it around thinly-populated tables, the redemption it celebrates will still be only a promise, still unfulfilled, made by a God whose anger and love blur into each other. It’s a song of triumph that we’ll sing as if behind doors smeared with lamb’s blood. It’s a celebration of God in the midst of uncertainty and terror—not least the uncertainty and terror of God Himself.

I don’t know what it will mean to recite Hallel like this, a way of telling the story of plague in a plague-time during whatever snatches of peace my infant firstborn offers. I expect I will glance nervously at the mezuzot nailed to our doorposts. But having done so, I suspect I will have learned something new (though something I wish I did not have to learn) about what it means to say and to believe for I was a stranger in Egypt.