Protecting Workers Is How We Protect the Economy 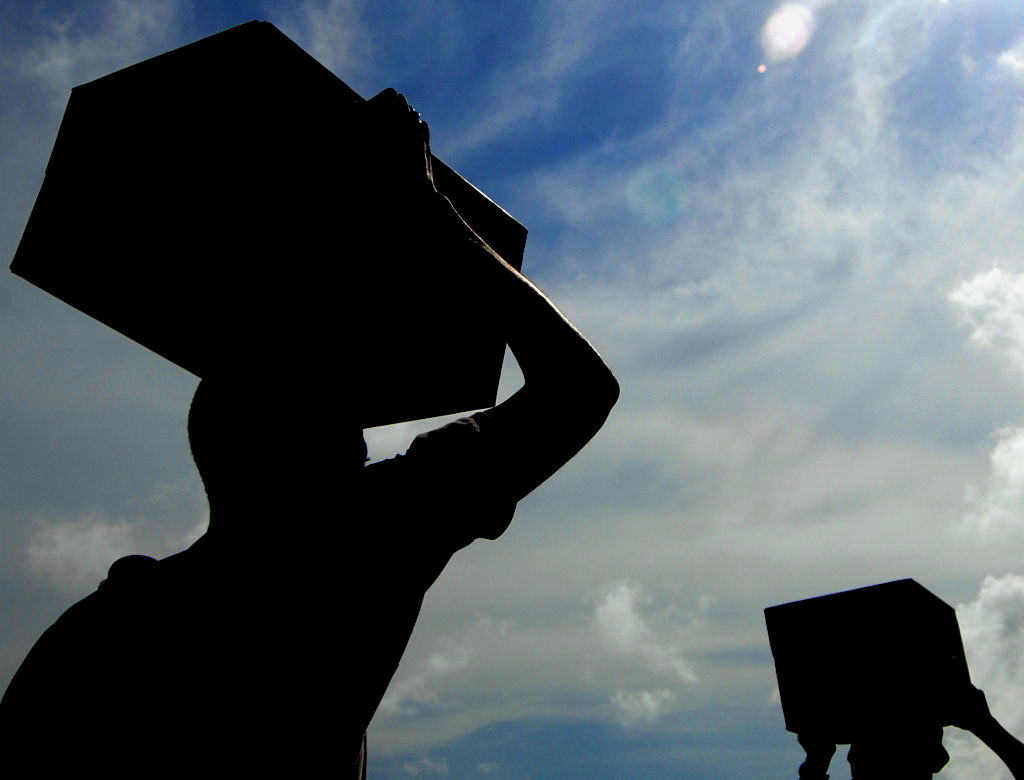 It took radical progressive thinking to lift the United States out of the Great Depression. The New Deal helped Americans recognize what had been apparent to several European nations for generations: the fact that workers — and not just bankers, landlords or shareholders — are the people who generate the most “value” for a nation’s economy.

President Franklin D. Roosevelt’s New Deal put workers back in the spotlight and gave them economic power and agency. The Civilian Conservation Corps and Federal Works Agency got people back to work by creating much-needed public infrastructure projects, many of them ecology- and conservation-focused.

The Agricultural Adjustment Act provided financial relief for the farmers tending to America’s breadbasket and the National Industry Recovery Act guaranteed the rights of workers to unionize for better working conditions and wages.

The New Deal also created Social Security — a program that all but guaranteed Americans could retire in dignity and financial security despite the clockwork paroxysms of the Free Market.

FDR’s radically progressive vision was so popular that the nation had to impose its first-ever presidential term limits to get him out of the White House.

Few people talk about this, but if FDR had stayed in office for longer, he had plans to implement a “Second Bill of Rights.” It would have been the keystone in a true People’s government and economy. The Second Bill of Rights would have declared that every American has the right to a job, a “decent living,” an “adequate wage,” a “decent home,” health care, economic protection “during sickness, accident, old age or unemployment” and, finally, “a good education.”

Why talk about all of this now? What does this have to do with COVID-19, better known as “the” coronavirus?

All of this is freshly and disquietingly relevant because the U.S. finds itself again on the precipice of economic ruin. FDR knew that the only conflict that’s ever mattered is the conflict between common people and economic predators. Class conflict. He wanted to help the People in the Commons of America — the overwhelming majority of the population — win that struggle.

Today, as America makes itself the epicenter of a global pandemic, its rulers have a very different vision for who should come out of this mess with their dignity and economic agency intact.

The American Economy Is Made out of People

On March 23, 2020, the Lieutenant Governor of Texas, Dan Patrick, said on Fox News that elderly Americans should be willing to lay down their lives for the stock market:

“No one reached out to me and said, as a senior citizen, ‘Are you willing to take a chance on your survival in exchange for keeping the ‘America’ that all of America loves, for your children and grandchildren?’ If that’s the exchange, then I’m all in.”

But that’s not the exchange. This is the calculus of an economic predator and a sociopath. And make no mistake about it: this wealthy, lucky man is never actually going to have to perform the self-sacrifice he’s telling the rest of us to make. And if he’s above it, then so are the rest of us. Nobody needs to lay down their lives for American CapitalismTM.

“We can’t lose the whole country,” said Lt. Gov. Patrick. “We’re facing an economic collapse.” But even Tucker Carlson seemed disquieted by this: “So you’re basically saying that this disease could take your life, but that wouldn’t be the scariest thing to you. There’s something worse than dying.”

You couldn’t ask for a better encapsulation of how capitalists view human life. Capital comes first and human life comes in a very distant second.

Meemaw and Peepaw are disposable so long as the stock market gets moving again. But the stock market is not the “whole country.” The richest 10% of Americans own about 84% of stocks. Nobody’s going to die for “the country” while this pandemic rages. But they might just die for Lt. Gov. Patrick’s stock portfolio.

How can a stock market function without workers?

And why do we keep talking about “the economy” as though it’s not made out of human lives?

Are we a “Pro-Life” nation? Are we a nation where “All Lives Matter”?

American Capitalism Has Failed Its Workers and Its Most Vulnerable Citizens

With the COVID-19 pandemic now stretching into April and perhaps beyond, governments everywhere are reckoning with the harsh reality that their economies cannot function when its citizens are in poor health or out-of-work.

We now find ourselves coming full circle to the “self-evident” economic truths observed in FDR’s Second Bill of Rights. People deserve a decent job and a decent wage — or their equivalent — as well as economic protections during unemployment or sickness. The Second Bill of Rights was practically tailor-made for something like COVID-19. This is the time to strengthen workers’ rights — not erode them further. Even without a global pandemic in the mix, Americans face any number of hazards while working in factories and performing other essential work.

But instead of protecting the folks who generate economic value, and who contribute to the all-important concept of the “velocity of money,” the nation’s leaders are yet again throwing unbelievable amounts of cash at those who occupy the topmost levels of the food chain: people and companies who are already successful and already grotesquely wealthy.

Jeff Bezos, who owns Amazon.com and Whole Foods, is the richest mammal in our solar system. His solution to the coronavirus so far has been to create a charity so the public can donate funds to his employees. He’s also urging healthy Whole Foods employees to donate their paid time off to those who’ve fallen ill.

With the money Mr. Bezos makes in a single day, he could shutter every Whole Foods location in America and give each one of his employees paid sick leave. His fortunes would quickly and easily recover.

About a month from now, qualifying Americans will receive a one-time check worth $1,200. But the average rent for a one-bedroom apartment in America is $1,216 per month. They call this an “economic stimulus.” But how could it be? It’s not even enough to stimulate a roof over our heads or food onto our tables.

Other nations know that there cannot be an economy or a nation without healthy and productive workers who have their homes and their health. El Salvador, which many Americans would probably label a “third-world country” without knowing anything about it, has suspended utility, rent, mortgage, telephone, internet and even credit card and personal loan payments for a period of three months. France and Italy have also delivered economic relief to their working classes by forcing financial institutions to suspend rent, mortgage and other payments.

America, on the other hand, is flying by the seat of its pants. There doesn’t seem to be any federal-level effort to ensure people keep their homes and apartments, although some cities and states are attempting to do what the federal government refuses to.

Things will get much worse if we continue prioritizing “the economy” — that is to say, the fortunes of a tiny handful of wealthy individuals — over the wellbeing and prosperity of the working class. Health officials are clear on this matter: sending the nation back to work prematurely will only cause more hardship and death. We risk expanding, not reducing, the number of cases. And then where will the economy be?

We can and must prioritize the health and wellbeing of workers. It’s not a zero-sum game. Keeping workers alive and healthy at home (until public health officials, not capitalists, say it’s safe to return to work) does not pose a long-term risk to the economy of the richest nation that has ever existed. Protecting the former protects the latter. Billionaire business moguls might see some of their hoarded wealth evaporate in the effort of protecting public health. But workers helped earn them those fortunes to begin with.

Yes, getting through this with both the workforce and the economy intact is going to require some redistribution of wealth. The trouble is, the wealth is currently flowing in precisely the wrong direction. This is what happens when you put landlords, current and former CEOs, and investors in charge of a democracy. We’re asking all the wrong people to tighten their belts.

This is a moment unlike anything in American history, except perhaps the Great Depression. Just like back then, the American people have a nearly unprecedented chance to seize back their dignity and economic agency. It remains to be seen whether they’ll choose to do so — and whether there’s any shred of compassion and sanity left in American Democracy.