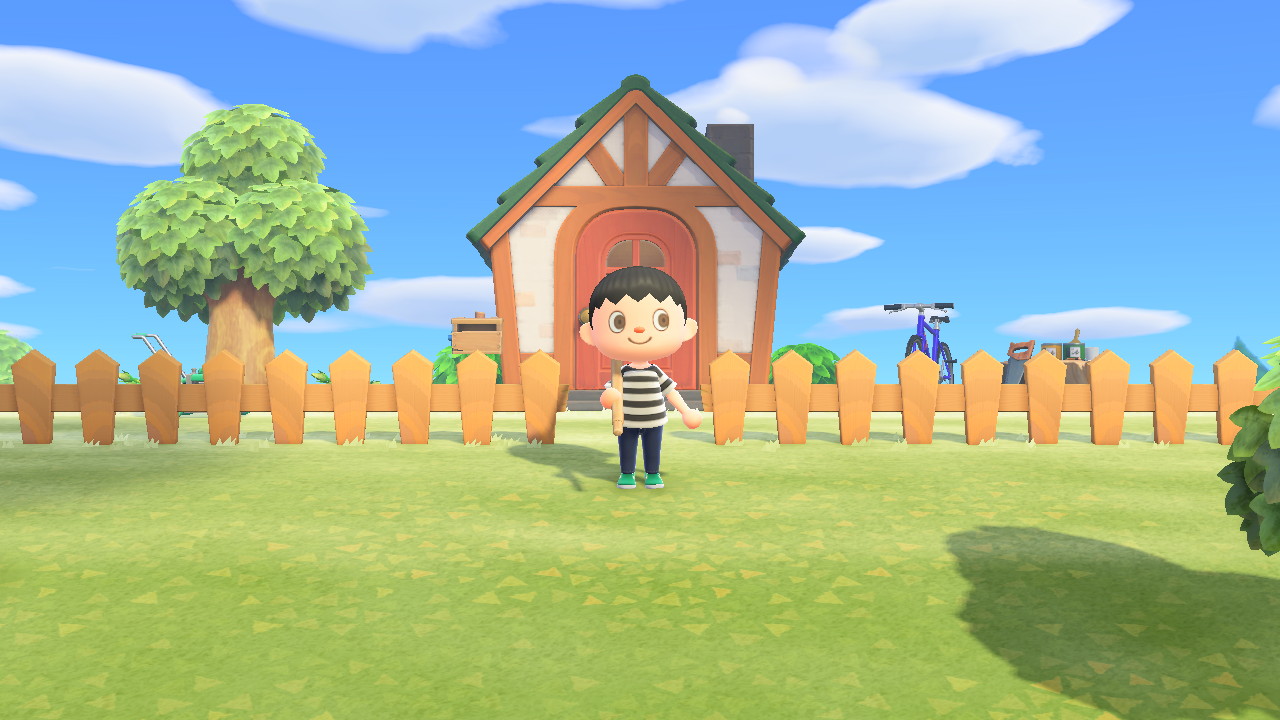 Animal Crossing: New Horizons is the most recent entry in the long-running life simulation series. Since its Japanese launch on the Nintendo 64 in 2001, Animal Crossing has become one Nintendo’s most beloved series. For the most part, each game follows a familiar pattern. You, the main player, move into a town that already exists. After taking out an interest-free loan from the friendly shopkeer Tom Nook, you integrate into village life and gradually improve the town in your own way. You expand your small house into a mansion, your business at the shops enables them to expand, and your donations to the local museum take it from an empty building to a full-fledged attraction.

That’s not to say each game hasn’t offered unique things: the original included a dozen NES games, Wild World allowed for online play and stuck everyone in the same house, and City Folk offered a small city to shop in. New Leaf shook up the series the most, offering a quickly-accessed major business district and the ability to be mayor, but even this was only a perfection of the existing model. 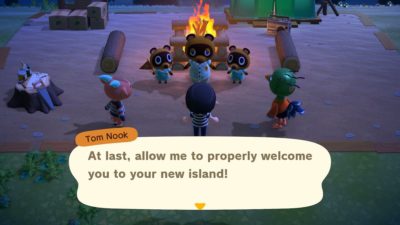 The first night of Animal Crossing: New Horizons sees you join your fellow islanders at a bonfire.

Animal Crossing: New Horizons expands upon the creative control of New Leaf to the extreme. Instead of joining an already-existing village, you are one of the first residents on an island. You gradually build the island up into a full town with almost complete creative control along the way. Gone are the days where a villager would move in right onto your flower garden. Instead, you choose where every new villager moves in. The opening week alone can see you expand to have a museum, a shop, a campsite, and five villagers. This is still an Animal Crossing game, of course, so how quickly you proceed depends on how much time you put in.

An additional feature is that you can now place items outdoors, meaning any item that can be in your house can now also be outside. This means that some items, like bikes, now actually kind of make sense within the world. Additionally, in keeping with the theme of total control you now change the appearance of your character at will. You can change every aspect of your character at any time at a vanity or mirror. Want a new nose shape, haircut, hair color, or even a new gender? Go right ahead. The world of Animal Crossing doesn’t care.

One of the major features New Horizons adds is crafting. You can now craft a variety of furniture items, tools, and even full buildings with the right supplies. On the flip side, tools are now destructible items, which means they eventually decay after extended use. The amount of supplies the game offers makes this a manageable problem, however. Only the iron and gold nuggets are even somewhat difficult to find, and even then it’s easy to get enough iron nuggets by smashing rocks every day.

Much of the game is managed through a “Nook Phone”, which enables quick access to a variety of services. Despite New Leaf‘s excellent usage of the second screen, I rarely find myself missing it in New Horizons in large part because of this device. The Nook Phone also gives you access to a second currency known as Nook Miles. Bells remain the main currency for purchasing items and paying off debt, but Miles reward players for gameplay milestones.

The first way to earn Nook Miles is from pre-determined milestones. These entail everything from catching a certain number of fish to storing items in your house. Nook Miles+, which is acquired early on, gives you some daily goals to meet.

Nook Miles can be redeemed for a variety of things – bells, upgrades to your storage capacity, new hairstyles, and more. Spending them on consumable items early on is inadvisable, but one important usage is to travel to small islands. 2,000 Nook Miles allows you to purchase a ticket to travel to a small island where you can find foreign fruit, supplies, or new villagers to recruit to your island. You can’t go back to an island once you leave, however, so take everything you want before you go.

Is New Horizons the best game in the series?

Animal Crossing: New Horizons is a great game, that much is certain. Animal Crossing games have tended to suffer a bit from the fact that later entries render the earlier ones kind of redundant: if you’ve played City Folk, for example, there’s barely any reason to go back to Wild World, which is the same game but with less features. New Horizons is the first game in the series to break this trend by daring to offer something entirely new. This isn’t New Leaf 2, but rather an entirely unique experience.

I’ve spent thousands of hours over all the games in this series, but New Horizons is unlike any of them. The major shakeup to the series is a good thing, and that’s part of the reason it’s so refreshing. I haven’t even unlocked the much-touted terraforming features yet, but it’s still an excellent experience. Whether you’re a seasoned Animal Crossing fan or someone who has never touched the series before, I can offer nothing but a wholehearted endorsement for New Horizons.