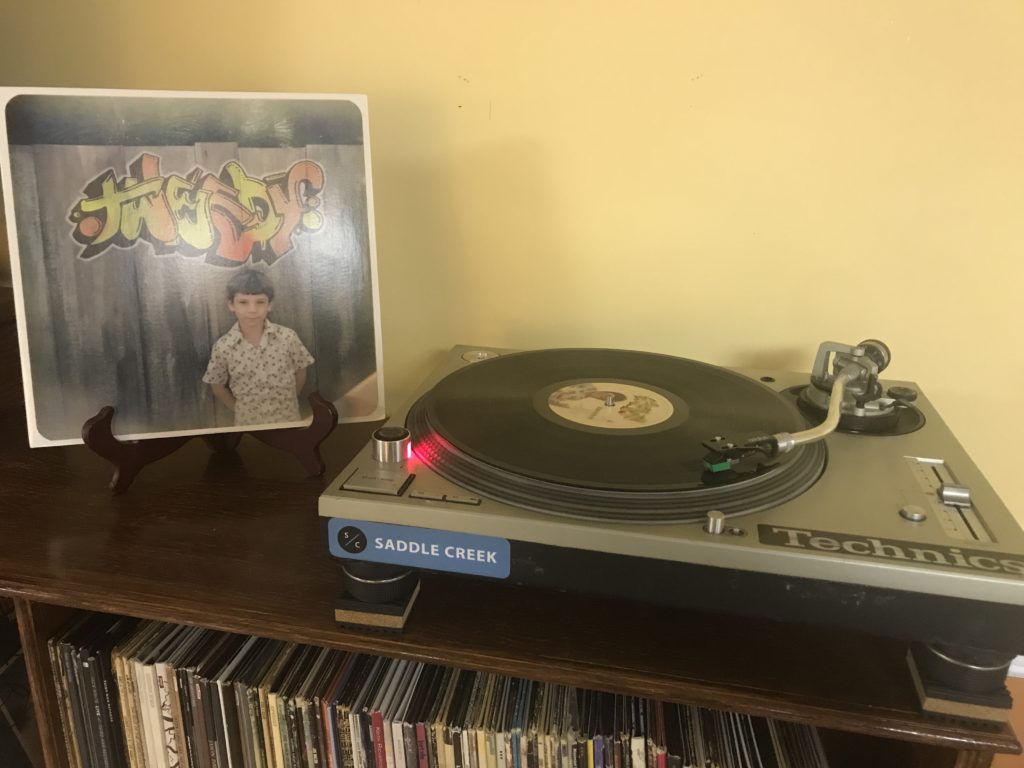 After raging against the currently non-functioning machine last week, we forge ever onward with more music this week on Saturday Spins. Apparently the Discogs randomizer is a cruel mistress, and really wants me to only cover music related to one artist. Since I am a paragon of honesty, I didn’t skip over this week’s selection. While not strictly a Wilco album, it was created by Wilco’s creator and front man, Jeff Tweedy. 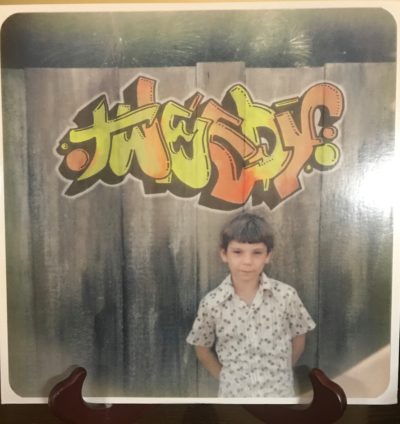 Jeff Tweedy is a prolific songwriter and Wilco isn’t his only project. He also has a robust solo career, where he plays originals and different arrangements of Wilco and Uncle Tupelo songs. I had just graduated from law school when I heard that Jeff Tweedy was working on a solo side project. It was also a little more than a year after I saw Wilco live in Columbus, OH. One of the best concerts I have ever been to.

I have covered Wilco here, twice! I think I mentioned that Wilco releases make up quite a large chunk of my collection. They are a great band; sort of a Steely Dan for my generation. Originally slated to be a solo Jeff Tweedy album, Sukierae quickly became a Tweedy family project with his son, Spencer, laying down drums on the songs.

I missed the boat on the cool orange swirl version of the wax, and just got the standard 180-gram black. It is a gate fold jacket and is a double LP. The front is a photo of a young Jeff Tweedy and the interior has a lot of family photos, since this is a family album. 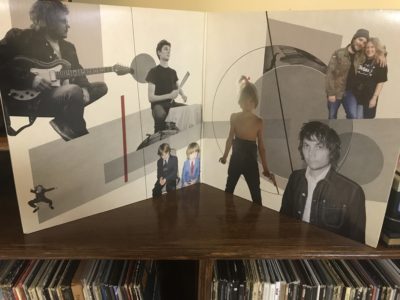 This album is very well-made, you can tell it was a real labor of love for Jeff Tweedy. There are twenty tracks on this and I gotta say, normally I’d do the ‘ol ranking, but I think I will regale you with a smattering of tracks I really love. First off, the song they made a great video for, “Low Key,” is a real standout.

Lot’s of fun celebrity cameos in this one! Plus a pretty bold-faced attack on the music industry, gotta get those bananas, y’all! Next we have “Summer Noon,” which is an ode to Tweedy’s wife, Sue. The album name, Sukierae, is actually a nickname for Sue.

The first single off of the album was “I’ll Sing It,” and I gotta say, it is a good song, but not quite single-worthy in my opinion. “I absolutely love the haunting “Nobody Dies Anymore,” as well as “Flowering.”

“Please Don’t Let Me Be So Understood” is a questionable opening track in my mind. It is a little bleh, when there are so many other songs that would have led the album off with a little more panache. “Wait for Love” is another haunting Jeff Tweedy masterpiece, but I think I noted this in previous pieces regarding Wilco, it gets a little repetitive stylistically. However, lyrically, Tweedy is still good on original content for both solo projects and Wilco.
Finally, “Diamond Light Pt. 1” is a decent song that is continued on “Diamond Light Pt. 2″ on a limited release 10” LP I have not gotten my hands on yet.1 “World Away” has a great rhythm section that really highlights Spencer Tweedy’s drumming.

Tracks I Think Are Just O.K.

“Honey Combed” is an ok track, one that you’re not really expecting. It is somewhat avant garde. I may get some flack for this, but I am not a fan of “Fake Fur Coat” and I think a lot of Tweedy and Wilco fans are. It’s just not my cup of tea. The absolute worst song on this album is by far “Pigeons,” and that is saying a lot for an album I think should be played front to back.

I mentioned this before, but I saw Tweedy live at the State Theatre in Ithaca, NY. It was a really great show filled with the famous Jeff Tweedy humor and wit. They also played a cover of one of my favorite songs, “Give Back the Key to My Heart.” It was originally written by Dough Sahm and performed by Tweedy’s first band, Uncle Tupelo.