Wanderers: On Reading a Book About a Pandemic During A Pandemic 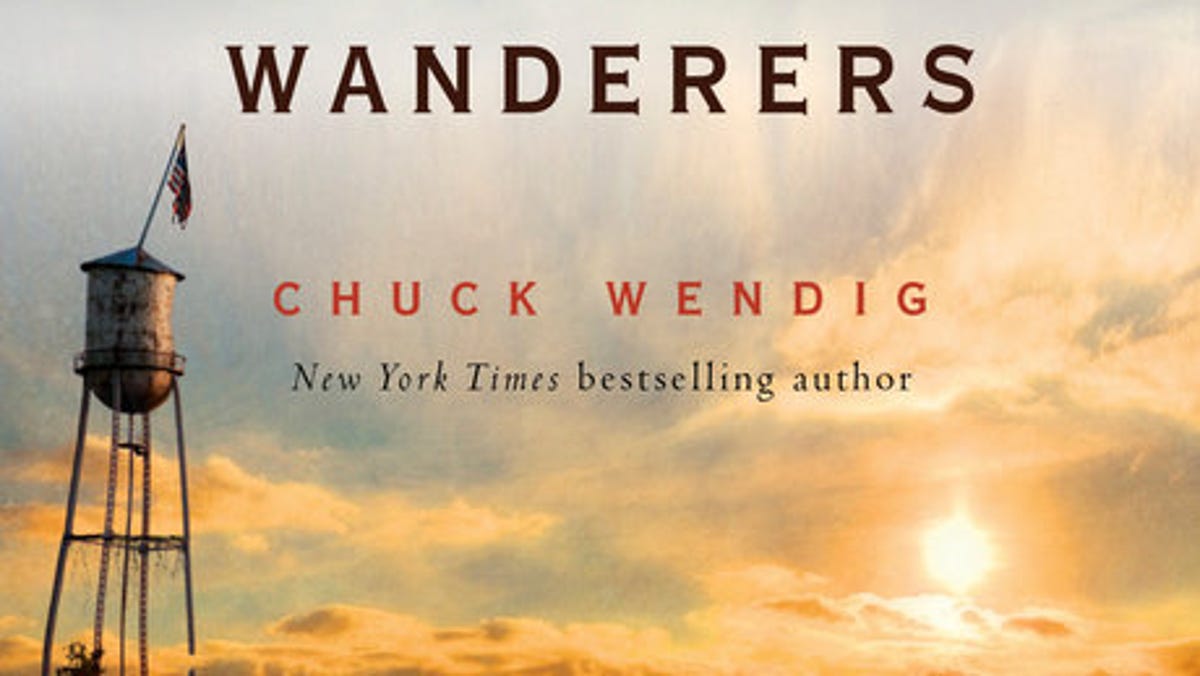 A couple of weeks ago I finished reading Wanderers by Chuck Wendig. This book came out in July 2019, but it sat on my to-be-read pile for a few months before I picked it up. I started it in November, but then, I picked up another book and got hooked on that one. I finally picked Wanderers back up in mid-January. I realize the idea is to not discuss current events due to how morbid things have become, but wow, never read about a pandemic during one.

I’m not really intending this to be a book review so much as a reflection on reading a story about a global pandemic whilst in the midst of a real life global pandemic. I can tell you that there might be SPOILERS within, but if I had to write a one sentence review of this book it would be: If I wanted to re-read The Stand, I would have just re-read The Stand.

This is not to say the book didn’t have entertaining parts, because it did, but the similarities between it and Stephen King’s epic tale of the world ending are plentiful. Which we will get to later.

Wendig is something of an interesting character; he freelanced his ass off for various RPGs until he started doing some screenwriting and novel crafting. He writes an interesting blog that I sometimes read, especially his writing advice, which is generally pretty good. He is, however, an extremely loose cannon. He even lost an extremely good gig because of it.

Much like The Stand, a mysterious illness grips America, only a bunch of people start sleepwalking and are largely unaffected by anything other than being forced to stop walking or shot. No one really knows why these people started sleepwalking until about 400 pages in, and the prologue is some hackneyed attempt at a literary device that gives no indication.1

It is the longest buildup ever, and to be honest, I was able to figure out what was going on earlier than the big reveal, not because of poor writing, but because I have already read The Stand. Wanderers also features a range of characters, some “good,” some “evil/bad” that hurtle toward each other in a climactic conclusion in…Colorado.2

The first character you meet is, I think, supposed to be the main protagonist, teenager Shanna Stewart. Folks, I am here to tell you that she is the least interesting and most useless character in this entire tome. Wendig kind of makes her more important in the last 20-30 pages, where the Stephen King-esque twist occurs. Before that she is a whiny and incoherently written character that seems like a rudderless ship in the ocean.

A second character, of which I find as useless as Shanna, is Pete Corley, some weird amalgamation of Mick Jagger and David Lee Roth. Just a completely pointless character. One spoilerly thing where he plays a definitive role is stopping Homeland Security from taking over management of the sleepwalkers from the CDC, a situation made completely moot soon thereafter and thus completely forgotten by the reader later on. Someone needed to get the red pen out and delete his entire story line.

The most interesting character is Benjamin (Benji) Ray3, a disgraced doctor who used to work for the CDC. He is chosen by a mysterious A.I. machine called “Black Swan” to solve the sleepwalker phenomenon. He plays an integral role throughout the entire book and his story is one of the only reasons I kept reading after the reveal midway through the book.

Since were making comparisons to The Stand, there is a religious character, one Pastor Matthew Bird. Pastor Matt, as he is called, gets embroiled with some insane right-wing movement that accelerates the downfall of society later on. By some stroke of luck or another hackneyed plot device, Pastor Matt turns into Pat Robertson4 almost overnight with the help of the leader of the previously mentioned insane right-wing movement, Ozark Stover.

Ozark Stover is basically every dipshit racist5 who owns a stockpile of weapons and a really selfish view of the world. At first, I thought he was an interesting villain, not as multi-dimensional as Randall Flagg, but a serviceable antagonist for this kind of story. As the story unfolds though, his character gets into weird Deliverance territory and it makes his story, and misdeeds, less compelling and more campy.

Anyway, the sleepwalking is just a diversion; there is a real pandemic that is a real nasty fungal thing that basically is a the common cold mixed with dementia, yeehaw! Of course, there is no cure, and it contributes to the rapid breakdown of society You’ll have to read the book to find out what is causing the sleepwalking, if you haven’t already sussed it out.

So, when I finished the book, the Covid-19 virus was still just being declared a pandemic by the World Heath Organization. I was kind of following the progression of the virus in China and other parts of Asia, thinking about how it could contribute to a rapid decomposition of society. One key difference between the book and real life is the CDC and WHO were caught completely off guard by the fungal thingy, whereas, in our world, Covid-19 is basically all we talk about.

Of course, here we have incompetent leadership who assured us that it would not hit us like it did other countries. Even though everyone could clearly see it was coming. In the book, the president is some kind of Hillary Clintonesque egghead by the name of Nora Hunt. In true Wendigian fashion, Hunt rhymes with c**t, so you can imagine how the right-wingers handle that one.

Anyway, the reason we are in the pickle is because of the failures of Donald Trump, and there is nothing you can say to convince me otherwise. The Republican Party has achieved what they have worked so long at achieving, and that is a Federal Government that is so hollowed out that it is comically inept at handling a nationwide crisis. Combine that by putting a reality television host at the helm, and watch the world burn.

By the time Italy happened, I started to think the worst for our own country. We have always had a complicated relationship with listening to conventional wisdom versus MUH FREEDUMB. I realize many people prescribe to the ideology that, “gubbmint bad,” I can respect that. I, too, have studied history. My biggest problem with that line of thinking is the slippery slope it sometimes leads to. I do not see limitations on public events, schooling, gatherings, businesses, etc. by state governments during this time as some kind of overreach. If anything, by the time of this writing, it is helping stem the tide somewhat.

I do see many on various social media platforms that do think there is some kind of active threat to whatever kind of existence they scratched out. I gotta say, the memes about shooting or threatening National Guardsmen who might be potentially deployed to help heavily affected areas is one of the grossest things I have ever seen. I am sorry but Ben, who works at the paint department at Lowe’s, who also serves in the National Guard, is not a member of the Gestapo.

I realize that most right-wing crazies and other government-hating organizations in real life are far too decentralized or just filled with complete idiots6 to pull off the type of coup that occurred in Wanderers, but according to some sources, it is possible.

Other than the illness in the book, the fear mongering around the presence of the sleepwalkers contributes to the end of society just as much as the acceleration by crazy right-wingers. Of course, during this very real pandemic, it behooves some to attempt to place the blame of increased cases in our country on China. It leaves me absolutely stunned7 to say that the party of personal responsibility always places the blame on either poor people8 and/or some kind of foreign people.9

While I don’t think we are witnessing the deterioration of society as we know it, it is an unprecedented time. It is also a weird time to read a book about a global pandemic while a real life one unfolds around you. Maybe when this is all over, I’d say pick up Wanderers and give it a shot, or you can just go re-read The Stand.