I Almost Died from the Flu. Please Don’t Expose Me to COVID-19. 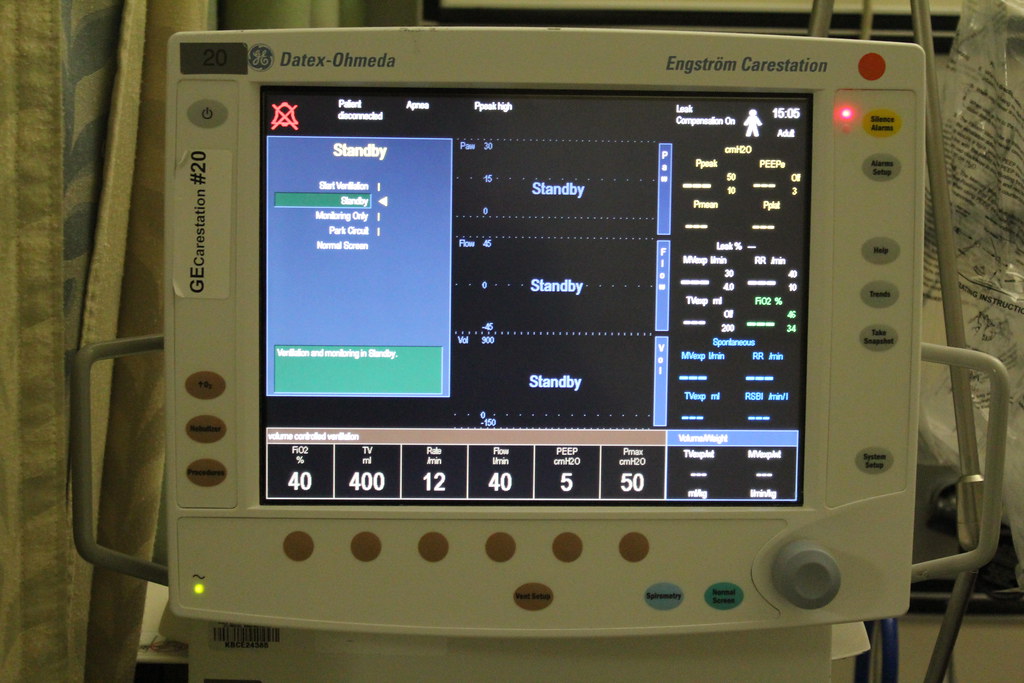 I got sick a week before Christmas. I had just been in for my annual physical, so I really didn’t think it was a big deal. I didn’t want to make the 45 minute drive back to my primary care physician (I never got around to finding a new one after I moved last year), so I hit the local minute clinic. They gave me a Z pac and sent me on my way. When I still didn’t feel better I went back for more antibiotics. They told me if I didn’t improve I would have to go to the urgent care or the ER. Since my insurance copay at the ER is $850, I went to urgent care 2 days later. They diagnosed me with double pneumonia and called an ambulance to take me to the hospital. I managed to text my friend Tracey and ask her to take care of my cats. And then the nightmare began.

The hospital hooked me up to a ventilator because my oxygen levels were so low. In addition to the pneumonia, I also picked up the flu (I suspect from the minute clinic or urgent care.) I came very close to death. Of course, I had no idea how ill I was because when they put you on a ventilator, they have to drug you. In fact, they have to PARALYZE you to keep you from fighting it. While under the influence of all these drugs, I had the most terrifying nightmares. I dreamed that I had been kidnapped, that I was on a circus train traveling through Siberia, that a crazy woman killed all three of my cats, that the world experienced an environmental catastrophe and people were starving, and that the hospital disconnected my life support – but I didn’t die. I hallucinated that the hospital staff was plotting to kill me by overdosing me on pain medication. I finally woke up with a tube down my throat, unable to speak or move. You know how the hospital will ask you a bunch of questions to assess your mental state? I couldn’t answer them. Was it still 2019? Did I know where I was? NO! Because for some reason they moved me to a different hospital than the one I checked into. Who is the president? (Still Trump? Damn.)

While I was lying there scared and alone, it occurred to me that nobody knew where I was. The hospital confiscated my phone and wouldn’t give it back to me for security reasons. And of course without my phone I couldn’t remember a single phone number for a single friend or relative. I hadn’t called my boss. Did I still have a job? Were the cats OK? Were people freaking out because I had gone radio silent on social media? So, imagine my surprise when I was finally allowed visitors. First Tracey came. She assured me that the cats were fine, my bills were being paid, she’d spoken to my mortgage company, and I was still employed. She started a Facebook group chat where she could update all of my friends on my progress. This is why I love social media: she was able to contact my friends and relatives. When I got my phone back, it was so heartwarming to read all the comments. And so scary to read just how close I came to dying. Apparently, my sister came to visit me and I have no recollection of her visit.

Then, my old neighbor Quill came to see me. I begged her to bring her computer the next day so that I could make out a will. My only concern was the cats. She assured me that I was going to be fine but in the unlikely event that I wasn’t she would take all three cats. I begged her not to leave me. I told her about the hospital staff and their evil plot to off me. I told her they were torturing me. I was so thirsty but couldn’t drink. She fed me some ice chips, told me where I had been moved, and caught me up on all the news that I had missed.

Unfortunately, I took another downturn after that. They told me I had to go back on the ventilator. I begged them not to do it. I remember being wheeled down the hall. Then it was back to the drugs and the nightmares. When I woke up again, New Year’s was over. I missed all the football games. I missed the national championship. It took a while for my head to clear. I was totally helpless. I was so weak, I couldn’t even change the channel on the TV. I was still on high flow oxygen. I could barely talk. I still wasn’t allowed to eat or drink. After they pulled the tube out of my throat, I spent about 2 days drooling like a defective St. Bernard. Night time was the worst. I literally slept with the call button in my hand because I had to be suctioned out to keep from choking. One angry nurse tried to get me to do it myself, but I was too weak. Things got better when they moved me out of ICU. God bless the wonderful nurse who brought me Sprite all day. She kept telling me to take little sips to keep from choking but I kept taking too much because I was JUST SO THIRSTY!

After a week of that, I was transferred to a respiratory hospital. That place was the pits. I would lie there for hours waiting for help. They moved me on a Friday afternoon but wouldn’t let me eat or drink until the therapist came in Monday to evaluate me. They were out of everything. And because it was in downtown Atlanta, it was too far for most of my friends to come visit. For some reason, everyone would show up at the same time: breakfast delivery, respiratory therapist, regular therapist. And if I asked them to come back after I finished eating, sometimes they wouldn’t. They were supposed to be rehabbing me, but some days I got nothing. My doctor came in once a day, always after dark. I told him I suspected he was  a vampire. I had 2 small windows that were blocked by trees, so I could barely see the sky. I was finally allowed to eat on a “modified, soft diet,” which meant that they chopped the crappy food up into tiny pieces. Three weeks later, a nurse came in and announced that I was being transferred to a nursing home and that the ambulance would be by to pick me up in 45 minutes.

I actually enjoyed the ride. It was the first time I had seen the outdoors in 6 weeks. The good thing about the nursing home was that it had more cable channels. The bad thing was I had a roommate – who kept her light and TV on all night. The physical therapy began in earnest. (Do you know the difference between a terrorist and a physical therapist? You can negotiate with a terrorist.)  They were worried about me returning home because I was still weak. I could only walk a short distance before my oxygen levels dropped. I still had the oxygen tube, and the steroids from the breathing treatments had made me diabetic so I had to endure finger sticks and insulin shots. I was able to get myself in and out of bed, but the room was so small they couldn’t leave a chair or walker nearby for me to use. So, I was still dependent on an overworked staff for food, water, and changing (which is humiliating.)

After 10 weeks, 3 hospitals and a nursing home, I was finally cleared to go home. I don’t need the oxygen or insulin any more, for which I am truly grateful. But I still need a walker or wheelchair to get around. My left arm is still numb. I still have trouble talking because the ventilator paralyzed my tongue and it’s still numb in the back. I may never be able to sing again. I might never be able to walk without assistance. I have to sleep on my back now. But I know that I’m luck to be alive. I’m so grateful to my friends and coworkers who kept things going in my absence. Tracey came to my house every day to take care of the cats. Quill took down all my Christmas decorations, washed my sheets and cleaned my whole house. Mary smuggled me some decent food into the nursing home. I received cards from people I didn’t even know. It’s truly humbling to know how many people were praying for me through all of this.

And now, I’m working from home. Because after all that, exposure to COVID-19 could quite literally kill me. I get so angry when I hear people saying “It’s no big deal. It’s no worse than the flu.” Well, how the hell much worse do you want it to be? You want to spend 2 weeks hooked up to a ventilator? Or worse, be UNABLE to get a ventilator because we don’t have enough available in this country if this virus keeps spreading at the current rate. Maybe YOU are young and healthy and unlikely to get seriously ill. But what about me? What about all the other people out there with compromised immune systems? That means those with diabetes, asthma, arthritis, lupus and other auto immune conditions. What about your elderly parents?

So, on behalf of myself and all of the other at risk Americans, I beg you: STAY THE HELL AT HOME!!!!! Don’t put us at risk just because you think this whole thing is a liberal media plot to take down Trump. If you are healthy, take this opportunity to help others. Pick up groceries or takeout. Do yard work. Pray. Check in with friends and relatives via social media or telephone. Most churches are live streaming services. Donate to help those in need. Remember that we are all in this together.

And don’t forget to wash your hands.