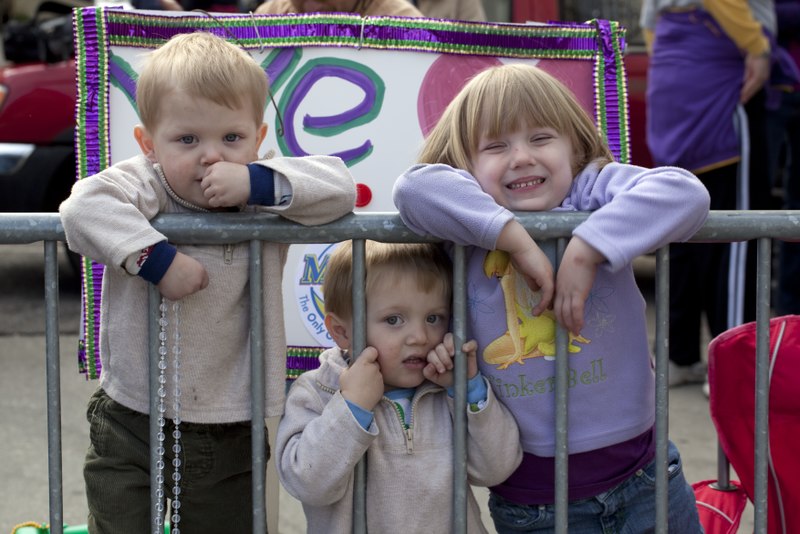 L1: My old boss had a saying he’d use when expressing his refusal to file an ill-advised lawsuit: “I’d just as soon sue the Girl Scouts.” He meant that a lawsuit against the Girl Scouts would be foolhardy, due to the wholesome image of that organization and the sympathy a jury might have toward them over some jerk suing them. He would sometimes interchange “Girl Scouts” with “Little Sisters of the Poor” or some other such organization. It’s true that sometimes, a party to a lawsuit can invoke sympathy in a jury, especially as a defendant, and make the mean old plaintiff who would attack such an organization seem monstrous.

Imagine, then, being Playboy Enterprises, and finding yourself embroiled in a court battle with the Easterseals Society? Welcome to our Case of the Week.

Originally called the National Society for Crippled Children, the Easterseals Society is a 100 year old non-profit which exists mainly to provide services to the disabled. In the late 70s or early 80s, New Orleans musician Ronnie Kole, working with the Easterseals, held a “Mardi Gras style parade” and concert. The event was video recorded by WYES, the local public broadcast station, and used as footage during a fundraising telethon for the organization’s benefit. WYES kept a copy of the footage and used it occasionally, such as in a “Dixie Land Jazz” special.

In 1982, a Canadian producer asked WYES for reels of Mardi Gras footage. Whether his intended use of the footage was disclosed would be in dispute, but it ended up in an “adult film” called “Candy, the Stripper.” The film was shown on cable TV, and some folks who participated in the Easterseals event recognized their own faces on screen.

After demanding that the various broadcasters stop using the footage, the Easterseals, along with individual plaintiffs who found their faces among the crowd in the film, sued for “false light invasion of privacy” or defamation.

“Candy, the Stripper” was a Playboy movie focused on “sex and drugs”. The plaintiffs complained that the unauthorized inclusion of their likeness in the film gave the impression that they were somehow involved in its production, and attached them in the public eye to the unsavory themes of the film. They claimed their perceived association with “Candy, the Stripper” opened them to ridicule and embarrassment. The case went to trial, and the plaintiffs won and were awarded damages. Playboy Enterprises appealed.

In analyzing the claims, the Court of Appeal for Louisiana found that, ordinarily, one’s participation in a public event, knowing the event is being filmed, will not sustain a claim of invasion of privacy. However, the Court noted, “the tort of false light invasion of privacy affronts that private self by publicizing a public display in a manner which is both unreasonable and false.” The Court pointed to an 1811 Louisiana case upholding the right of a person not to have their picture included in a “rogue’s gallery”: “Everyone who does not violate the law can insist upon being let alone (the right of privacy). In such a case the right of privacy is absolute.”

As to the case at bar, said the Court:

We question first whether plaintiffs had a right to privacy related to any video tapes of their participation in the parade. There is no indication that the parade was a private affair, it was conducted publicly on Bourbon Street. Plaintiffs participated voluntarily, aware that they were being taped for national broadcast. There is no indication that any plaintiff placed any restriction on use of the video tapes which were used after the initial national broadcast in productions broadcast locally and distributed nationally (presumably for broadcast in other localities). There appears to be nothing at all private about the contents of the video tapes.

The Court also declined to declare that a Playboy movie is “objectionable and offensive per se.” The plaintiffs pointed to a prior case, Braun v. Flynt, in which an unsuspecting woman’s photo was published in a pornographic magazine called Chic. In that case, it was found that the woman’s appearance in the pages of Chic could lead to assumptions about the woman’s character and activities, if not a presumption that she condoned the magazine or the activities portrayed therein. But the Court here did not think that the made-for-cable Candy, the Stripper rose to the same level of smut that Chic did.

The Court reversed the judgment of the trial court and dismissed the case. Easterseals appealed to the US Supreme Court, who denied certiorari.

L2: Note to Sen. Sanders: insulting public defenders is no way to make friends. Also, you are wrong.

L4: The VA has made a habit of automatically turning away all vets with “bad paper”- improperly, says the Harvard Veterans Legal Clinic, who maintains each applicant is to be evaluated individually. This is especially important, considering the history of dishonorable discharges of LGBT service members and those with PTSD and other mental health issues.

L5: In another important legal battle, the Ninth Circuit rules Led Zepelin did not plagiarize the iconic riff from “Stairway to Heaven.”

L6: A Washington Post editorial takes the Trump White House to task for the administration’s perceived protection of Saudi Crown Prince Mohammed bin Salman over the murder of WP contributor Jamal Khashoggi in 2018 despite efforts by congress to obtain information.

L7: A bill intended to force tech companies to do more to protect children from predators online may have serious privacy and security implications for users.