Toeing the Line: Why Fear of the Unknown Fuels Panic, and Awareness Saves Lives 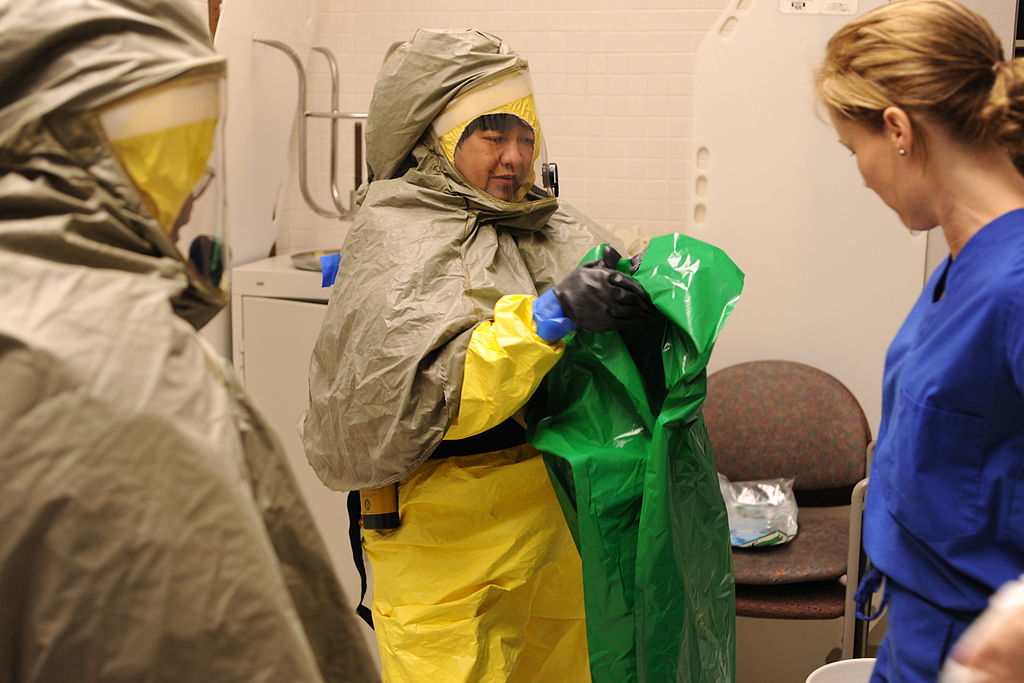 When facing anything that may affect your life, it causes a bunch of feelings to surface. It’s that swirl of fear when you hear rumors of layoffs at work. That ball of nerves that threatens to explode while waiting for the results of a medical test to come back.

And all of us react to those in different ways. Some throw themselves into busywork. Others zone out to the TV. Some use substances. Others pray.

During this time, important figures in our lives play a role. After all, we’re craving information about this unknown event that may or may not happen. We fill that empty spot with anything we can find. In the workplace, we take a manager’s silence for the worst. When the doctor doesn’t say the results over the phone, we’re googling possible outcomes. Our brains fill the void because we crave familiarity. We want to know someone else who’s been through this, who can tell us what to expect. Or what to do.

Upon hearing about a possible layoff or waiting for confirmation of a life-changing disease, many people start doing things to reduce the damage. They scan through their budget and look for expenses to cut. Or they begin taking a regimen of vitamins or doing that daily workout that they said they’d do for years without ever taking action.

How they respond after this bad moment passes and they aren’t harmed also differs by person. Some go back to whatever they were doing before. Others make changes to limit the chances of ever feeling helpless or scared again.

You Control Your Level of Awareness

Now, I don’t watch TV. Nor do I see many newspaper headlines. But, I do spend quite a bit of time on Twitter, in part because I appreciate the diversity of thoughts and experiences coming in from across the globe. But, also because I can take the tweet of an individual as just that: Their opinion. Then, I have access to the World Health Organization and the Center for Disease Control. Twitter alerts me to stuff that’s going on. Then I dig for facts.

Part of that is because I’m a long-term planner. I prepare for bad shit to happen to me. Because it has and it does.

So, for someone like me, when I see a potential threat, I’ve already prepared. My life is relatively automated. Everything arrives via mail on a monthly schedule, including dog food, toilet paper, and hand sanitizer. With a kid in daycare, I’m hyper diligent about stopping the transfer of potential viruses and bugs. Literally, bugs. Lice run rampant in schools. Bed bugs hit all homes regardless of income level. Strep throat and the flu leave friends and their families under the weather for days.

I’m not a germaphobe. My kid eats food off the floor occasionally. But, over the last 10+ years, I’ve handled many an outbreak in my home. As a single parent, my only choice was to be the adult and handle the situation as best as I could alone.

I took special note of the new coronavirus because of how fast it moved through populations. When I saw China shutting down and building hospitals overnight, I knew this was different. Not because I was afraid of dying. Even the earliest information coming out showed that although the rate was higher than the flu, it wasn’t hitting the levels of Ebola. But, the speed of transfer matters.

In my city of under 14k people, they shut down our hospital years ago. About 20 minutes away, there’s a hospital that has 97 beds. It serves a population of more than 30,000 people. Around 20% of those people are age 65 and over. We already have a shortage of doctors and nurses. Patients overwhelm our emergency rooms and prompt care.

The poverty level hovers around 15%. There are a lot of people who don’t get paid time off work. Many are without insurance, or what coverage they do have costs as much as their house payment (or more) and has a $6,000 deductible per family member. The CNAs who man the many nursing homes earn a pittance. They’re overworked already.

So, when I saw this virus coming, yes, my first thought went to prevention as I see my elderly grandparents every day. But, my biggest concern was that an outbreak in my small town would have a huge impact on all services. That if my grandparents get the virus and need treatment, the local facilities don’t have the manpower to handle an outbreak. Let alone the supplies.

A lack of resources is one reason why I believe it’s very dangerous to insist people go on with life as usual. Because judging by the memes, we aren’t so careful when we live life as normal. We don’t wash our hands enough. We go to work sick. And we aren’t accustomed to wearing a mask when we get a virus.

Social distancing and handwashing are good ideas during the flu season. But, with an outbreak, it’s even more critical. Again, that may not prevent you from getting the virus. It’s inevitable; the majority of the population will be infected at some point. It’s about limiting a fast spread that shuts down your workplace, local school, and overwhelms hospitals and their limited staff.

As a country, we’ll weather this storm. We’ll lose people. The outbreak will test our emergency services and possibly push it to the breaking point. People will panic. Telling them not to panic isn’t helpful. Making fun of scared people or blaming the media is dumb. And it’s equally stupid to tell people to carry on with life as usual. Because our country’s “normal” sucks. It makes us susceptible to poor outcomes during a crisis like this.

Instead, tell people what they can do to stop the fast spread. This isn’t just the government’s job. Every employer and healthcare worker should have a response ready. No person should call their workplace or local medical services and get an ambiguous answer. This should have been the response in early February through a national alert and a campaign to inform the public. Instead, we were left in the dark. Then we were told it was all under control and that it was a media hoax. That’s not how you deal with the unknown.

So, we’ll review our response once we make it through this crisis. We’ll ask the hard questions like why we didn’t accept testing kits from WHO in February. Or why our leaders denied there was a problem until the virus started silently spreading across the states. Data will provide answers about how our response compares to other countries. It’ll help us understand how a convoluted healthcare system and lack of work protections affect all citizens. Perhaps, it’ll spur change.

Until then, it’s your responsibility to be ready. You don’t need 100 rolls of toilet paper. But, any American household living through flu season or tornado season absolutely should have backup supplies. Ready.gov has been around for years. Use it.

Jessica Elliott is a Midwest-based freelance B2B Content Marketing Writer specializing in Energy, Telecom & Hospitality Industries. She is a mother and dog lover.