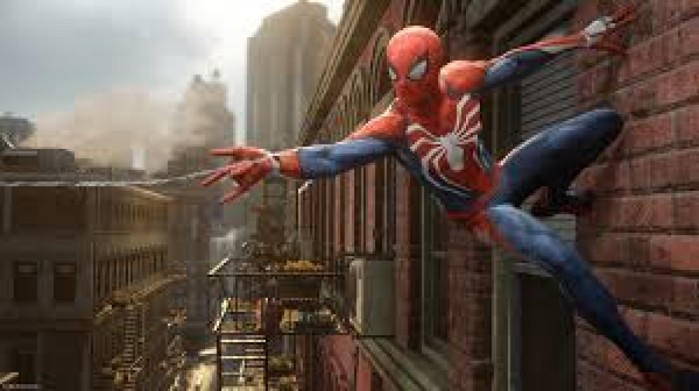 Spider-man must use his amazing gifts wisely, and for good. The ability to shoot spider webs out of your wrist, though! How cool is that? Stephen Kimble thought it was. It gave him the idea for a novelty gadget that could be worn on the wrist, allowing one to spray a web – well, silly string – like Spidey. Kimble patented his idea in 1990 and took it to Marvel Enterprises, thinking they might find it good merch. But Marvel and Kimble could not reach a deal. Fast forward to 1997, when Kimble discovered Marvel had produced a similar toy and put it on the market. Kimble sued for patent infringement, and in 2001 reached a settlement with the company. They agreed to buy the patent and pay royalties, indefinitely.

In 2006, Marvel struck a deal with Hasbro to produce the toy, at which time Kimble and Marvel began to disagree about the royalty payments. Kimble warned that failure of Marvel to continue to pay would constitute an infringement of the original patent. Though the patent would expire in 2010, as Justice Kagan would later write, “The parties set no end date for royalties, apparently contemplating that they would continue for as long as kids want to imitate Spider-Man (by doing whatever a spider can).” Kimble maintained that Marvel would have to continue to pay. Marvel, apparently finding itself with better legal counsel, discovered the 1964 case of Brulotte v. Thys Co., which held that royalty payments for the transfer of a patent expired when the patent did. Marvel then went to federal court for a declaratory judgement to that effect.

The federal magistrate judge, relying on precedent, granted Marvel’s motion for declaratory judgement, relying on Brulotte. Kimble argued that the royalties on the patent may end, but not the royalties on the toy itself. But the magistrate found that the settlement agreement from 2001 merged and made inseparable both patent and non-patent rights. The 9th Circuit agreed, prompting Kimble to take his case to the Supreme Court in our case of the week, Kimble v. Marvel.

Writing for the majority, Justice Elena Kagan declined Kimble’s urging that the Court overturn Brulotte. Kagan recognized that “Patents endow their holders with certain superpowers,” but went on to explain that these special powers ended when patents did, under timeframes which have been “carefully guarded” to allow the public free access to inventions after the prescribed period, striking down laws which frustrate purpose.

Kimble, apparently conceding that Brulotte foreclosed his claim, advocated a “case-by-case” analysis of post-patent royalty clauses, using the “rule of reason” found in antitrust law. In that context, the rule of reason allows the Court to consider the actual effect of the disputed clause, evaluating factors such as a the patent holder’s ability to curtail competition in the market.

Accordingly, an argument that we got something wrong—even a good argument to that effect—cannot by itself justify scrapping settled precedent. Or otherwise said, it is not alone sufficient that we would decide a case differently now than we did then. To reverse course, we require as well what we have termed a “special justification”—over and above the belief “that the precedent was wrongly decided.” (Quoting Halliburton Co. v. Erica P. John Fund, Inc.)

Brulotte, Kagan pointed out, was an interpretation of a statute, and therefore “across the street” at congress would be the appropriate place to lobby for a fix- which, in the case of Brulotte, it had historicdeclined to do, including rejection of the very analysis Kimble was advocating.

The Court did not see a need or justification to wield their power to overturn here:

As against this superpowered form of stare decisis, we would need a superspecial justification to warrant reversing Brulotte. But the kinds of reasons we have most often held sufficient in the past do not help Kimble here. If anything, they reinforce our unwillingness to do what he asks.

There was not significant change in “statutory or doctoral underpinnings” of the Brulotte decision, nor had it “proved unworkable.”

What we can decide, we can undecide. But stare decisis teaches that we should exercise that authority sparingly. Cf. S. Lee and S. Ditko, Amazing Fantasy No. 15: “Spider-Man,” p. 13 (1962) (“[I]n this world, with great power there must also come—great responsibility”).

The majority opinion was 6-3, with Justices Roberts and Thomas joining a dissent penned by Justice Alito, who would have overturned Brulotte, a decision he believed was “a clear case of judicial overreach.” He believed Brulotte was a bad decision that interfered with and stifled the negotiation of licensing agreements, and impeded the true valuation of patents. He disagreed with the majority’s view that Brulotte was based on legislation, as he felt it deviated from the Patent Act itself:

Whatever the merits of this economic argument, it does not represent a serious attempt to interpret the Patent Act. A licensing agreement that provides for the payment of royalties after a patent’s term expires does not enlarge the patentee’s monopoly or extend the term of the patent. It simply gives the licensor a contractual right. Thus, nothing in the text of the Act even arguably forbids licensing agreements that provide for post-expiration royalties. 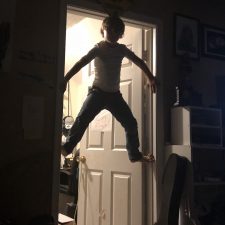 The wrist-worn Spider-man web shooter is still sold in stores today; I know this, because my own little Spidey has been through three or four of them.

L2: In 1981 the Supreme Court upheld the validity of the men-only draft. Now, the Fifth Circuit is reconsidering.

L3: 120 people in San Antonio have completed a 14-day quarantine for COVID-19; a court denied the city attorney’s attempt to keep them contained longer.

L4: A Colorado inmate tried to turn the tables on law enforcement, filing a so-called “red flag” petition to have them relieved of some of their weapons.

L5: How much authority does federal and state government have in containing COVID-19?

L6: A North Carolina surfer wins his battle to access the beach, even if it means crossing private property to get there.

L7: “Forensic Files” has returned to TV with new episodes – and it’s not even my birthday or anything!

L8: “Dumb Criminal of the Week” has been a semi-regular feature here in Wednesday Writs; all in good fun, or dehumanizing?