Indigo is a board game that I was absolutely enchanted by. It’s another game from Ravensburger (the same people who put out Rivers, Roads, and Rails and Labyrinth). It’s another maze-y variant. You start with a handful of gems on an empty board and then it’s your job to place tiles on the game board and move the gems along the path that your piece created. Eventually, the gem will either end up in an owned gate that gives its owner some points (based on the color of the gem) or it’ll short circuit back to a path that a different gem is traveling down and the gems (and associated points) are removed from play. 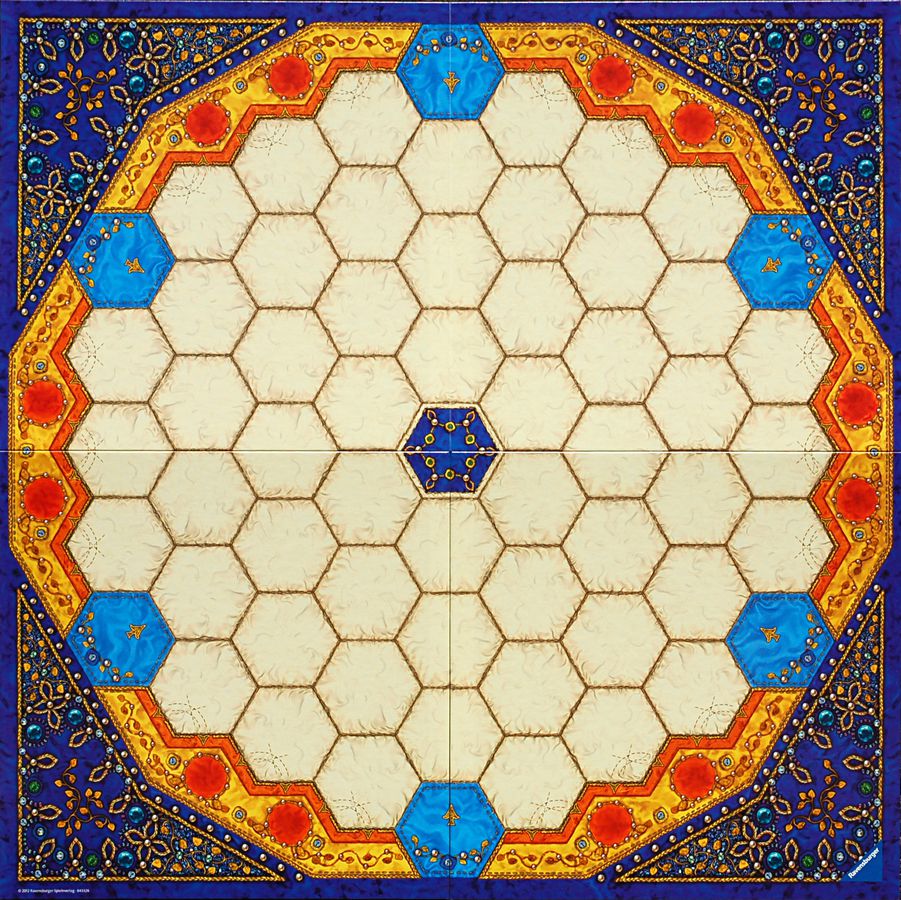 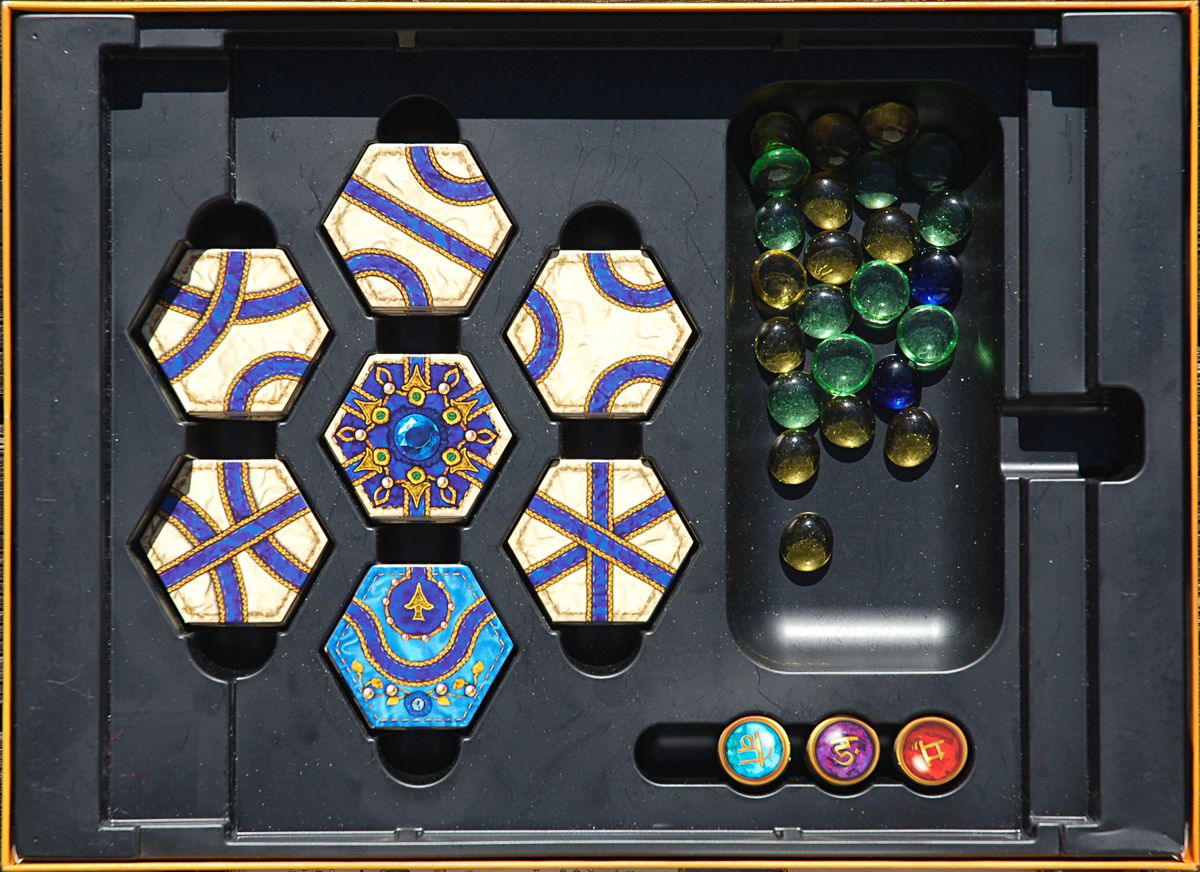 The gemmed tile goes in the middle, the blue tiles go on the blue hexes on the board, and then you just shuffle the rest of the pieces, deal them out, and then place tiles one at a time and move the gems along the path. The only moves you can’t make are ones that immediately short circuit the gates along the edges of the sextagon (where the gems will most likely end up and give the gate owner points).

Each person places a tile and tries to get a gem to go to their own gate while also placing tiles that confound their opponents trails. We played a variant of the rules where we could only look at one of our own pieces at a time and so we couldn’t plan on what we’d have available to play next. So I ran into a couple of situations where I was hoping for a straight line (but didn’t get one) and situations where I was hoping for a gentle curve instead of a hairpin one (but didn’t get one). We played the game with a five-year old (who had played before) and he was 100% on top of everything so it’s simple enough for kindergardeners but the trails and machinations are deep enough that I was 100% entranced with the game and trying to figure out how to make the gem get back to a place where it could still potentially get to me and my gate and mitigate the various wrenches thrown into the machinery by my opponents.

If you’re looking for a fun, never-the-same-game-twice, game that will take about a minute to explain to someone that has never played before, you owe it to yourself to pick up a copy of Indigo. 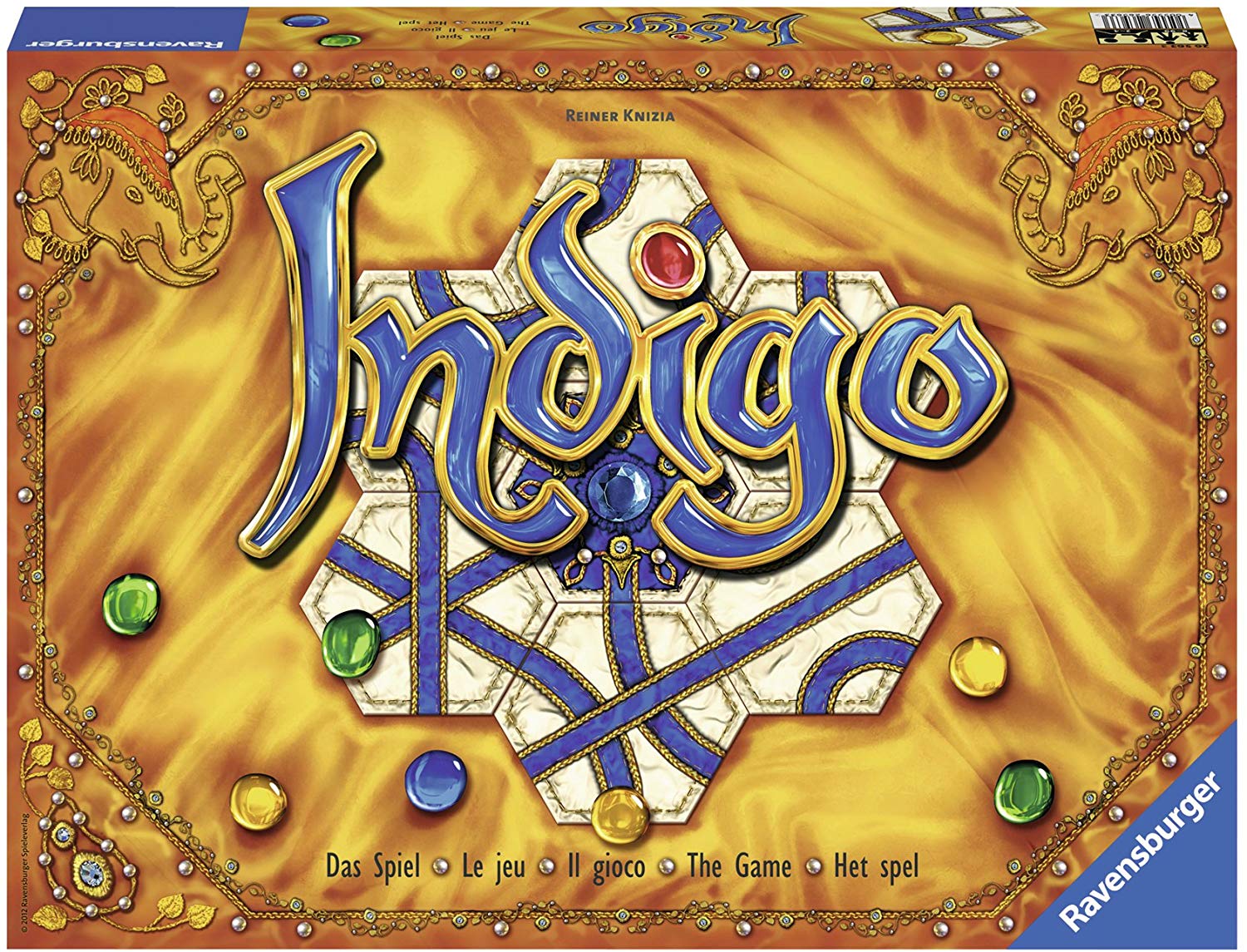