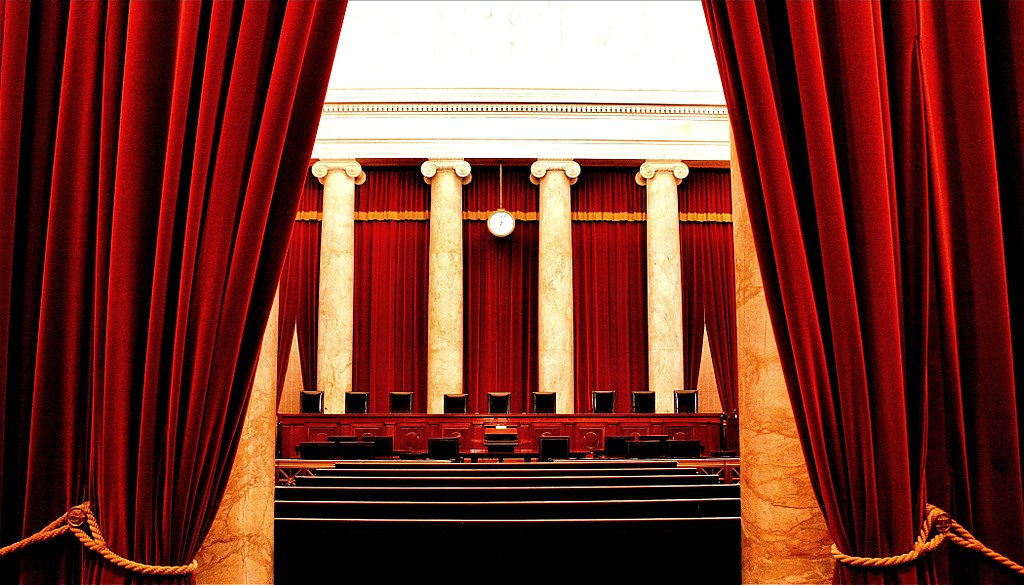 L1: In 1973 in California, a woman gave birth to a baby boy who, although tests would later reveal him to have normal chromosomes, was born with severe deformities in his limbs. Doctors could not explain it other than to say she must have been exposed to a tetrogen during her pregnancy.

In 1983, the mother, Joyce Daubert, read an article in her local paper about a lawsuit brought against Merrill Dow Pharmaceuticals, alleging that its anti-morning sickness drug, Bendectin, was responsible for the birth defects of a young girl. The photograph accompanying the article showed the girl, whose physical abnormalities were quite similar to Mrs. Daubert’s little boy, Jason. She got in touch with Barry Nace,F the lawyer representing the girl’s family, who eventually won $750,000 in a verdict against the company. Merrill Dow continued to deny their product was dangerous to pregnant women.

The Daubert (pronounced Dow-burt, despite the fancy French pronunciation some lawyers use) family got together its own team of experts and sued the company. Though the suit was filed in state court, the company removed the matter to federal court on the grounds of diversity. Following the close of discovery, Merrill Dow filed a motion for summary judgment 1, citing its expert’s opinion that Bendectin was not linked to birth defects. The expert, epidemiologist Dr. Steven H. Lamm, based his opinion on his review of over two dozen studies that found no correlation between the drug and the types of injuries claimed.

In response to the motion, the Daubert family presented their own experts — 8 of them, in fact, — who found to the contrary, “based upon “in vitro” (test tube) and “in vivo” (live) animal studies that found a link between Bendectin and malformations; pharmacological studies of the chemical structure of Bendectin that purported to show similarities between the structure of the drug and that of other substances known to cause birth defects; and the “reanalysis” of previously published epidemiological (human statistical) studies.”

The trial court based its ruling on the Frye test, a standard based on a 1923 DC Circuit ruling  which held that for scientific evidence to be admissible, the methods underlying the conclusion must be generally accepted in the scientific community. In Daubert v. Merrill Dow Pharmaceutical, our case of the week, the trial court ruled that the opinion of the company’s expert was admissible under the Frye analysis, and those offered by the Dauberts were not. Because without these experts the family could not prove causation, the court granted the motion for summary judgment and dismissed the Dauberts’ case. The family appealed, but the Ninth Circuit Court of Appeals affirmed the District Court’s ruling.

It was 1993 before the US Supreme Court heard the case. Justice Blackmun wrote the opinion of the Court. At the outset, the Court noted that the Frye test had been the preferred standard for 70 years at that time. The pertinent part of Frye, which concerned the admissibility of a lie detector, stated the following:

“Just when a scientific principle or discovery crosses the line between the experimental and demonstrable stages is difficult to define. Somewhere in this twilight zone the evidential force of the principle must be recognized, and while courts will go a long way in admitting expert testimony deduced from a well-recognized scientific principle or discovery, the thing from which the deduction is made must be sufficiently established to have gained general acceptance in the particular field in which it belongs.”

The Court also recognized that Frye had been the subject of much debate over the years, but, as the Court noted, the Dauberts were not so much attacking the substance of the Frye rule, but instead arguing that the Federal Rules of Evidence, published some 50 years after Frye, superseded the test.

The Court agreed. The relevant rule put forth by the Daubert family is Rule 402, the basic evidentiary rule from which all others flow:

All relevant evidence is admissible, except as otherwise provided by the Constitution of the United States, by Act of Congress, by these rules, or by other rules prescribed by the Supreme Court pursuant to statutory authority. Evidence which is not relevant is not admissible.

The Court had previously held that when precedent butted heads with the Rules of Evidence, the Rules “occupy the field.” Further, Rule  702 of the Federal Rules of Evidence is instructive; as the Court notes it says nothing about an opinion being based on “generally accepted” scientific concepts:

If scientific, technical, or other specialized knowledge will assist the trier of fact to understand the evidence or to determine a fact in issue, a witness qualified as an expert by knowledge, skill, experience, training, or education, may testify thereto in the form of an opinion or otherwise.

The Court cited the generally permissive slant of the Rules as further support for their ruling that the Frye test was incompatible with them. But the Court does recognize that even the Federal Rules do not permit a pseudoscience free-for-all, but require that scientific evidence be helpful in forming an understanding of the evidence and that it be presented through a witness with an appropriately qualifying background.

The study of the phases of the moon, for example, may provide valid scientific “knowledge” about whether a certain night was dark, and if darkness is a fact in issue, the knowledge will assist the trier of fact. However (absent creditable grounds supporting such a link), evidence that the moon was full on a certain night will not assist the trier of fact in determining whether an individual was unusually likely to have behaved irrationally on that night.

The Court fashioned a two-prong question for trial courts to consider when ruling on admissibility: is the evidence being offered scientific? If so, will it help a trier of fact make a determination regarding a material issue in the case? The Court expressed confidence in federal judges to assess the scientific validity of a method without relying on its general acceptability. While general acceptability, as well as publication and peer review, may be factors for a court’s consideration, they are not dispositive one way or another. Blackmun also suggested consideration of the method’s error rate and whether the technique had been tested.

Merrill Dow, as well as several outside parties in amicus briefs, expressed concern over the the possible inclusion of faulty or false scientific evidence in trials. The Court suggests those with concerns are underestimating the jury, and assured them that counter-evidence and vigorous cross-examination would be enough to ensure this didn’t happen. The Dauberts, on the other hand, argued against allowing judges to be the gatekeepers of what is a scientifically valid method and advocated for an even more liberal approach. The Court demurred:

We recognize that, in practice, a gatekeeping role for the judge, no matter how flexible, inevitably on occasion will prevent the jury from learning of authentic insights and innovations. That, nevertheless, is the balance that is struck by Rules of Evidence designed not for the exhaustive search for cosmic understanding but for the particularized resolution of legal disputes.

Because the lower courts relied on the “generally accepted” standard, the order for summary judgment was vacated and the case remanded.

Justice Rehnquist, joined by Justice Stevens, wrote separately to express that, though he concurred with the decision to dispense with the “general acceptance” test, he disagreed with the Court on making judges arbiters of what is or is not scientifically valid.

Despite their victory at the Supreme Court, the Dauberts again lost in the lower courts after rehearings, even with the application of the new standard which would bear their name. While Daubert was explicitly applicable to federal courts because of the federal Rules of Evidence, 39 states and the District of Columbia have adopted the Daubert Standard.

L2: More information and an update on the Daubert family and the legacy of their landmark case.

L3: A border patrol agent fired into Mexico, shooting a teenager in the face and killing him as the boy played a game with friends. A 5-4 SCOTUS says his parents may not sue the agent. Full opinion here.

L4: In another 5-4 split, SCOTUS rules that a convicted murderer on death row was not entitled to have a jury consider mitigation factors in sentencing, despite the Court’s 2002 decision requiring a jury finding on aggravating factors.

L5: Ginni Thomas, wife of Justice Clarence Thomas, along with others are sending Trump the names of federal employees who, they believe, are “disloyal” to the president.

L6: Following Justice Sotomayor’s dissent from the Court’s Order in the so-called “public charge” immigration case, calling out what she believes is a pro-Trump bias on the Court, the president suggests she and Justice Ginsberg should recuse themselves from any further involvement in cases involving his administration – via tweet, of course.

L8: Finally in SCOTUS news, the Court will take up the issue of refusing public funding for foster and adoption agencies who refuse to place children in same-sex parent homes.

L9: The Houston Astros organization has been sued by fantasy sports enthusiasts over their cheating scandal, and issues its first legal defense.

L10: Hate-crime hoaxer Jussie Smollet pleads not guilty, a year after he seemed to have gotten away with his charade.