The Socialism of Bernie Sanders 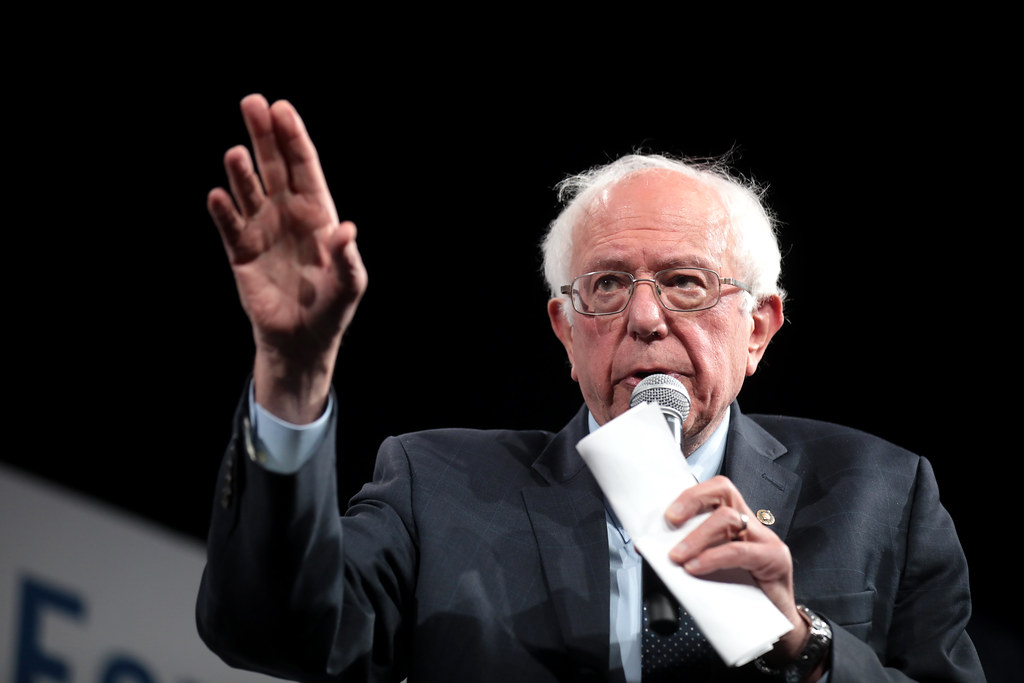 First, let me say that I came out of the womb a libertarian and I will die one. I am for private property, freedom of exchange and limited government. If I were creating a society from ground up, that’s what we would have. Not because I want to help rich people get and stay rich. Because I want to help poor people get and stay wealthy enough to live long, healthy, fulfilling lives. And I honestly believe my way is the best way to achieve that.

But here’s the thing. We already don’t have that. We already are so far away from it that we will never, ever come close in my lifetime. And when I was just me, that was fine. I could die a purist, content in the knowledge I did my little part to keep the flame alive.

Becoming a parent changed me. It made me invested in the reality where we actually live. My imaginary Libertopia is irrelevant to the real world my daughter inhabits. And this is what I see in that world:

The word “socialism” is used so expansively that we already have “socialism” for the rich and for big industries and various favored groups. We have so many forms of regulation, domestic protectionism, government enforced monopolies, barriers to entry, entrenched rent seeking, etc, etc—that it would be impossible to list them all. We have government intervention so deep and wide it couldn’t be untangled in my lifetime if we all agreed and started working now.

And we don’t all agree. Neither of the two major parties wants to do that. Almost no voters anywhere want it. I’ve spent the better part of my adult life asking for it, voting for it, talking about it. And at every step of the way, every available opportunity, my fellow voters and both major parties have moved us inexorably in the other direction.

So here is where I’m at with Bernie Sanders being a “socialist.”

As far as I can tell, whatever he may have been in the past, what he purports to be today is a Scandinavian-style social democrat. That’s basically what most Democrats are and no small number of Republicans as well. It makes sense they would be because those countries are perfectly fine places to live. They’re as free as we are and in some ways their systems are better. Sanders is more explicit about calling himself a “socialist,” his policy proposals are more expansive, and his commitment to a free market foundation for expanded social safety nets is less clear.

But we aren’t talking about Venezuela. He isn’t going to nationalize the means of production. At best he wants to replace interventions that help entrenched industries and already wealthy groups and instead use other, different interventions that help poor and working class people; replace some of the safety nets we provide for favored industries and instead offer more expansive safety nets for individuals and families. At worst, he thinks he can pull off Scandinavian style social welfare while heavily regulating the economy with some leftist version of “America First.”

Is any of it libertarian? Of course not. But neither is Trump. Neither is the Republican party. Trump and the Republicans are as “socialist” as Sanders; they just use it in different ways to help different groups.

The thing that’s finally come into focus for me is that way too many libertarians and conservatives will accept the type of socialism Trump and the Republicans offer. It isn’t a deal breaker for them. It’s only a deal breaker when someone wants to do some of those socialist-y things in ways that benefit marginalized people. In a choice between Sanders-style socialism and Trump-style socialism, they don’t sit it out or vote third party—they go with Trump. And I think that’s an ideological dissonance libertarians and conservatives should examine.

Our current system is in some ways the worst possible combination. It’s not free market capitalism with small government and minimal safety nets. It’s not free market capitalism with expansive entitlements and social welfare benefits. It’s a Frankenstein’s monster of crony capitalism, rigged against the poor and working class in thousands of ways, keeping incomes lower than they need to be relative to everything else, pushing prices for necessities higher, and imposing costly and soul-sucking barriers to competition.

Let’s take health care as an example. Literally every step along the way, the provision of health care is already warped by government interventions in ways that make it too expensive for patients. The number of medical schools is kept artificially low, which keeps the number of providers artificially low. Perfectly qualified people like PAs, RNs and pharmacists are prevented from offering basic healthcare services that they could otherwise deliver more affordably. Extensive pharmaceutical regulations drive up the costs of medications. Things that should be available over the counter instead require prescriptions. Health insurance regulations limit the number of insurers available in any given market. Out-of-pocket costs must be paid with after-tax dollars. Etc. Etc.

In all the time libertarians have been promoting free market reforms to lower costs—has any progress been made?? I think we got some higher limits for our HSA accounts a couple times.

So all of this is just my long way of saying I think discussions about the “socialism” of Bernie Sanders merit nuance. Instead of reflexively dismissing him as a Hugo Chavez or Fidel Castro, let’s talk about what type of socialist he is. Not decades ago, but today. Who should he really be compared to? Which countries represent the system he espouses and which do not? And instead of comparing his proposals to a free market utopia not one of us has ever experienced, let’s talk about them compared to the already-heavily burdened system we actually have.

Dying on the hill of ideological purity is noble and romantic. But our kids only get one lifetime, and some of them are in cages.