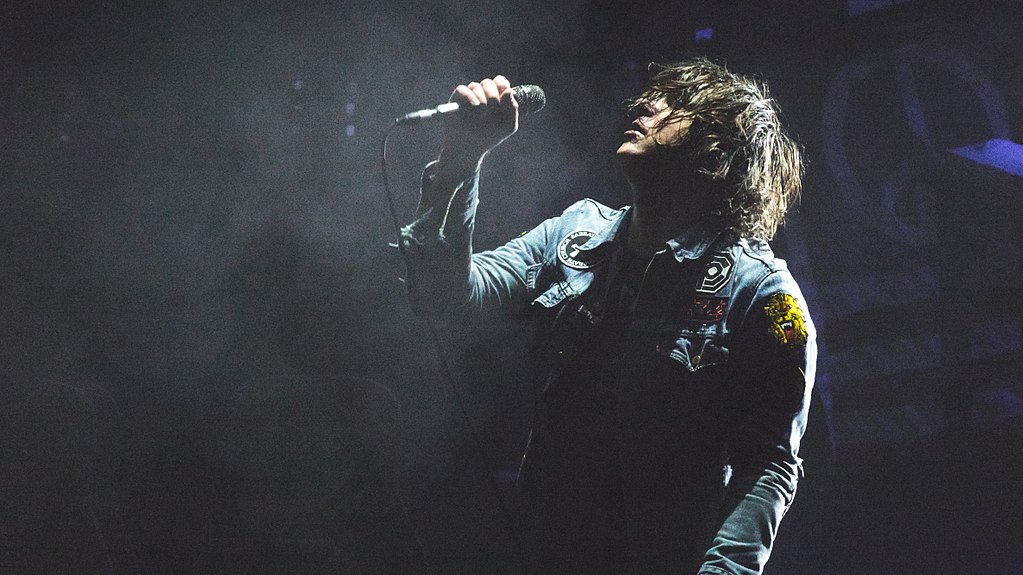 Photo by Raph_PH via Wikimedia Commons

Around a year ago, the New York Times published a sprawling article describing allegations of sexual abuse by one of my favorite musical artists. What followed, at least in the fan groups and forums, was a bloodless civil war that really exemplifies the type of polarization we see in fan bases, politics, etc. these days. Adams had planned to release a trilogy of albums in 2019 as he did in 2005 with his former band, the Cardinals. All of the releases were postponed or cancelled. I have had some conflicted feelings the past year RE fandom in general, and not just in the realm of a favorite musical artist falling victim to mob mentality.

After months of silence, Adams eventually resurfaced and began posting to Twitter and Instagram. While most expected a heartfelt apology or explanation, others simply wanted to know if he would continue making art. There has been no official apology or explanation, and it is my opinion that he does not owe fans one (more on why later). On Monday 2/18/2020 it started making the rounds that Adams had secured new management, and a splash page for a new website appeared. Couple this with him dusting off older songs on his Instagram, including giving informal lessons on how to play them, and it seemed like something was imminent.

By Tuesday, 2/19/2020, the original author of the New York Times article, Joe Coscarelli, tweeted about the addition of Adams to the roster of musicians represented by Red Light Management, linked to his original article and named several prominent musicians also represented by the company. Adams’ name soon disappeared from the roster. It is worth noting that in the year since the original article, Coscarelli has not done any follow-up reporting on the matter, including any kind of update on the FBI inquiry. At this point, those of us in the fan base who were disgusted by the allegations, yet remained optimistic that news would appear clearing Adams of the most disturbing allegation, phone sex with a minor, were starting to think maybe other forces were at work here.

The other part of the fan base was filled with puritanical, virtue signaling, and hand-wringing zealots who wanted…well, what they wanted was unclear. Mostly they wanted to pillory Adams. The advent of the #MeToo movement has unmasked a lot of serious predators in our midst, Harvey Weinstein being the most prominent example. Louis CK and Matt Lauer were also exposed to be really gross serial abusers. It also has created this weird purity test in which people fall into this mob mentality and only see black and white. Throw critical thinking out the window; someone has been accused, ergo he must be a monster. Assuming the allegations of phone sex with a minor were conflated and/or untrue, then all that is left are allegations that Adams is a huge asshole, which is something that is already well known. Even by his fans.

As I noted before, the most egregious allegation from the New York Times article popped off an official FBI inquiry, which a year later has not led to any criminal charges against Adams. Whether that be a result of uncooperative witnesses, not enough evidence, or some combination of both, we may never know. Still, the zealous crowd wanted Adams to remain “cancelled” as the kids are saying these days. Others, and I kid you not, wanted him to release some kind of apology that, in their view, would be heartfelt, etc. I am still not sure why fans would expect this. If you don’t want to support the artist, don’t buy his art. It is as simple as that. Tarantino no longer works with Weinstein, Louis CK doesn’t really do a lot of major work anymore, and Matt Lauer was shown the door that was locked by a secret button under a desk.1

Do I think Adams should be more reticent? Yes. Do I think it is required? Nope. If he starts releasing music and going on tour and whatnot, so be it. Will his album sales decline? Probably. Will he face hecklers? Definitely. In one of the few times you will hear me say “let the market decide,” let the market decide. As of now, Adams is still listed as an artist under Capital Records Blue Note label. If he can’t release music that makes them money, then I am sure he will be summarily dumped — barring any remaining contractual obligations from both sides, of course.

A couple of indicators that there may be something more at work with the music journalist intelligentsia is that one of the women featured prominently in the original NYT article was none other than Adams’ ex-wife, Mandy Moore. She claimed that she suffered psychological abuse at the hands of Adams, something I don’t doubt the veracity of, but I do doubt that it rises to the level of torpedoing his career in such a public manner. You see, as someone that practiced family law for a number of years, I believe Moore already got her recourse, through the divorce process.2 If you have an overbearing, psychologically abusive partner in a marriage, then go get a divorce. I recognize that it is not always that simple, but it’s telling that after their divorce was finalized she would not only pile on in an article that features real potential victims but not long after announcing a new song and new album.

The next indicator was another one of the women in the article, the talented singer-songwriter Phoebe Bridgers. The article painted quite a picture of Adams “luring” young women by dangling lucrative music deals, but was pretty light on the details of the kinds of things were dangled. It was mostly filled with unverified examples of Adams making advances that were either spurned or acted upon. In most cases, it would seem the artists were just not that talented and their careers didn’t take off, and they blamed Ryan Adams.

Most of the allegations by female artists centered around Adams being a giant man-child with a weird, overactive libido. In Phoebe’s case, it was the promise to cut some music and release it on Adams’ label PAX-AM, which happened in the form of the 2015 EP release, Killer. Her career took off in earnest not long after. Apparently he and Phoebe did have a short fling. It is important to note that Bridgers never once claims her relationship with Adams wasn’t consensual, but when things went south (due to Adams’ domineering behavior) she moved on. She even wrote a song about it which Adams reportedly liked. Apparently Adams also promised to make a record with her, but that never materialized. However, in something that should not shock anyone, she eventually released a record with indie rock god, Conor Oberst3 in early 2019. It would seem she got what she wanted in the end, and some free press too.

Another one of my favorite artists, David Foster Wallace, was subsumed into the wave of seemingly ok men behaving badly. The author of the massive novel, Infinite Jest,4 succumbed to his crippling depression in 2008, and killed himself. I could write another 1500 words on why I love DFW and why Infinite Jest was eons ahead of its time, but we’ll save that for another day.

Wallace had a similar personality to Adams, in that he was heralded as a genius and was a bit eccentric (and he was), but back in his heyday, there were only rumors of how he mistreated women, namely poet Mary Karr. Biographer D.T. Max touched upon Wallace’s relationship with Karr in his work, Every Love Story is a Ghost Story, but Karr claimed there was a lot more. Pretty hard to cancel a dead guy, though. I’ll still read and re-read his books.

I don’t really mean this to be some ham-fisted attempt at victim shaming or blaming. The problem with fandom is that we often expect more than we should out of the people we are fans of. Where does one draw the line with their support? It’s the same with our politics these days; Republicans and Democrats only see black and white, and refuse to compromise. The elected officials we support nowadays seemed to have skipped civics class, or they just don’t give a flying fajita due to self-interest.

So I guess the question is, can one tolerate bad behavior by someone they are a fan of? And if so, how bad are we talkin’? A cursory Google search will net you many results on why Ryan Adams is kind of a jerk, but only one result paints him to be a serial sexual predator citing conflicting stories and text messages — which aren’t provided by the way. In this current age, I don’t have any qualms believing women that were victims of sexual assault, but I do have doubts about believing ex-wives and jilted lovers whose behavior is so transparently in bad faith.

At this point, it is still a “wait and see” scenario. Adams, who usually flies off the handle at bad news, stayed silent when Red Light Management removed his name from their website. Perhaps he is still working through some things, or attempting to find a way back to making music without drawing too much attention to himself. I remain a fan of his music, and here’s to hoping he will make more.