That Time I Played a Game and Liked It 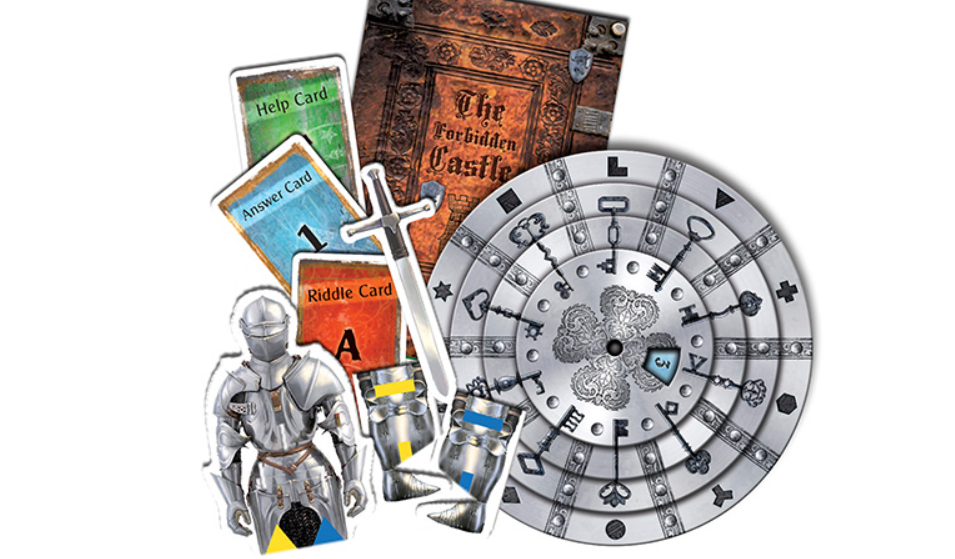 Full disclosure: I am not a person who enjoys games.

I recently played a game and liked it, but that hasn’t always been the case. I don’t know when it happened or why. The only thing I can point to is some 30 years ago when I was winning a game of Monopoly against my then-boyfriend and I felt terrible about it, so I quit. He was raised in a competitive household and enjoyed games. I did not. I’ve seen people quit games because they are losing, but never because they are winning. But that’s what you get with me. I am not at all competitive. Despite that, the guy married me.

I played the usual games of Battleship, Parcheesi, and Chinese Checkers as a kid, but liked jumping rope, playing hopscotch, and shooting baskets even more. As I write this I don’t recall ever sitting down with my own mom to play games. Eventually we got an Atari and I spent hours parked in front of the television learning the patterns of Space Invaders so I could beat the game. As a mom of three, I have played numerous games of Candy Land, Mousetrap, Clue, Life, Sorry, Scrabble, and yes, even Monopoly. I have done so willingly even though it’s not particularly enjoyable.

When you aren’t interested in winning but your kids are, teaching them to be good sports is a whole other deal. I never once threw a game (or asked my maid to) for the sake of the children and am the last person to advocate for everyone getting a trophy. There was a period of time they couldn’t understand why they didn’t always win. I managed to have a couple of kids who were like their dad; they wanted to win. One night the 11-year-old turned the entire board game over because she wasn’t winning a game of Risk against her dad. We discussed taking away the pleasure of playing games for two weeks because of it. To me, that wasn’t even a punishment!

I eventually succumbed to Dance Dance Revolution and Mario Kart when the Wii came into play at our house about 10 years ago. I quickly discovered I’m terrible at most of them. Even Wii Fit makes me crazy. The practice time once afforded to teenage me is long gone; just me and that game for hours. The most important thing to me now is making fun family memories and I don’t care if I lose. Obviously.

At Christmas, we were gifted a game called Exit. My husband brought it home and told us his boss gave one to everyone on the staff. My first thought was, “how dare he.” My second thought was, “could be good family time.” The boss was indeed trying to encourage families to take time together to play over the holiday, and then report back to him with our successes. So, we broke it out on New Year’s Day before our youngest had to return to college. Let’s just say, it was not what I expected.

Exit is a series of games patterned after escape rooms and each has a different theme. It’s cheaper than a family outing to an escape room and perfect for a group of introverts. Plus, you can make embarrassing choices in attempting to solve riddles in the comfort of your own home. We played “The Forbidden Castle,” which is a level 4/5, nearly expert, game. We had never played the novice editions before so I didn’t think we were close to being ready for such a challenge. My engineer husband’s boss had more faith in him to work it out than I did.

The game is meant to be destroyed during play, which might make some people cringe, but we gathered our scissors, paper, pencils, and a ruler as instructed. We talked about copying parts of the game in case we wanted to play it again, but decided to go with the spirit of the game as it was intended. My husband and two of my children were ready to go. My other child and I mostly observed and interjected when we thought we had a good idea. She is much like I am when it comes to games, so at least there are two of us on the planet. She, too, is a middle child but that can’t possibly be an excuse.

It is not a good idea to be super competitive with one another during this game because you are playing as a team. You will only over-think the game to death and you’ll never escape. It’s time to get your critical thinking skills in order and work together. This is probably why I liked it. I wasn’t competing against anyone, or trying to outdo someone I loved in case they might feel badly about it. I was competing alongside them against the game. We took a few wrong turns but got back on track when we got the hang of it. We folded it, cut it apart, wrote on it, and finally escaped!

Afterward, we looked at reviews and many avid players thought this was a terrible one with the most obscure and difficult-to-solve riddles of all of them. Then we didn’t feel so bad that our time was about 2 hours, rather than the 1.5 hour average. A well-spent 2 hours laughing, shaking our heads, and giving each other high fives. If you ask me, the escape wasn’t just from an imaginary castle; it was from the ordinary, every day, mundane activities of life. Isn’t that the point of games, win or lose? Even solitary games I enjoyed as a child taught me that. More recently I learned that it is fine to all be winners.

Wife to an enginerd, graduated homeschool mom, a little snarky.