The Market is Eating Capitalism 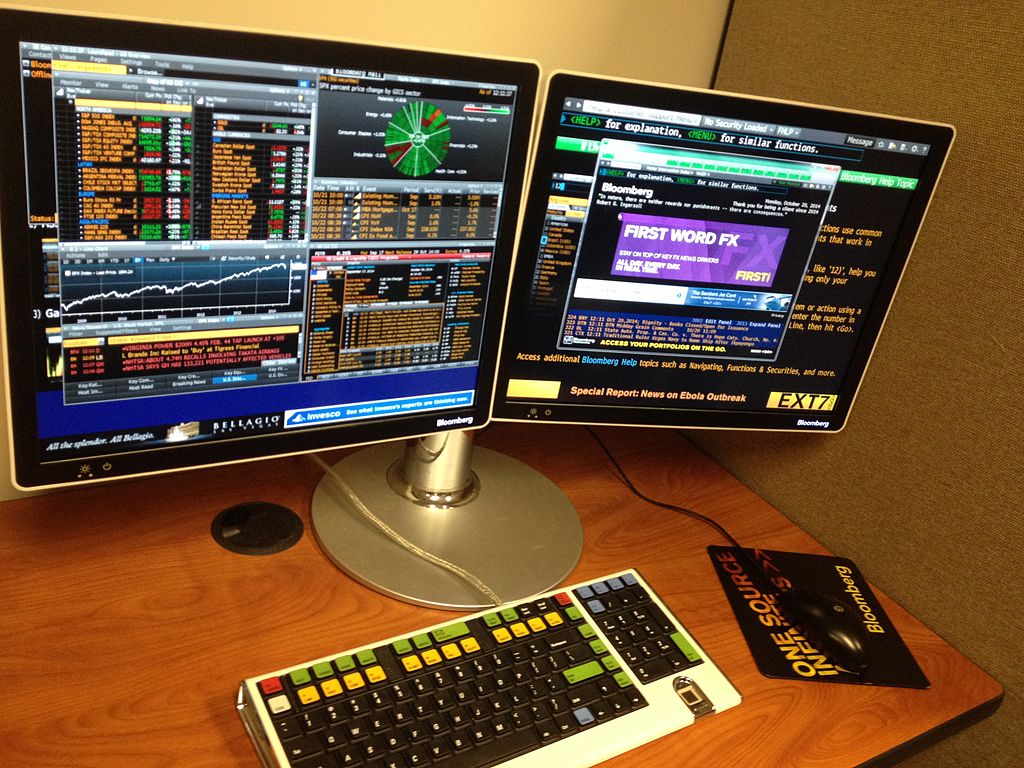 My grandfather has long been a believer in the markets.

He was in management, and by the time he retired he had a decent stake in his company, and others besides. He was living the American dream, propelled up by the rising tide of investments to a generous retirement.

Naturally, he was keen to get my sister and I started on investments early. So for Christmas one year, he bought us stock in GM. It was better than any toy, he promised. It would make us money while we grew up, and nothing would ever happen to it. It was GM! An American institution! What could go wrong?

Needless to say, I learned a valuable lesson – that the stock market is far from a guaranteed winner. In many respects, it’s more akin to government-encouraged gambling. This isn’t exactly news, of course. As we are regularly reminded, capitalism involves winners and losers, and sometimes a company will go bust, rendering its stock worthless. Unfortunate, but inevitable.

What gets discussed far less often is the negative incentives the stock market has on the economy. Specifically, the importance it has been given within the system itself, along with the increasingly short-term nature of investments, has resulted in an instability that defines the modern American economy.

The rise in influence itself traces back to the rise of “shareholder value” as a corporate mantra. While frequently cited as a legal obligation, in truth that appears to be something of a smokescreen, designed to deflect questions regarding executive behavior rather than addressing the issues at hand. Instead, its origins trace back to the late seventies and early eighties, where corporate competition and the rise of globalization led to shrinking profit margins that made investors disappointed with their returns. Unlike the end consumer or the employees, large shareholders have enough financial weight to throw around that they can force concessions on top of potentially forcing executives out of a job. This is no idle threat, either. The recent rise of the “activist investor” has demonstrated how willing major financial players can be to assert control when they feel they aren’t getting adequate returns.

Compounding the problem is the shortening duration of the average stock investment. The increasing prevalence of daytrading has no doubt contributed to this, thanks to predictive models and complex algorithms allowing for nigh-instantaneous purchases to scoop up tiny price fluctuations in bulk. That alone cannot account for the whole story, though. Even within the realm of longer-term purchases, that “longer-term” definition seems to be increasingly short.

According to a white paper produced by Massachusetts Financial Services last year, the average holding time for a stock has plummeted dramatically, falling from a several-year average to just a few months, the lowest it has been through the 90 years the study covered. On the one hand, this could be taken as a sign of a healthy economy, that the money is in circulation and not sitting in the same place for extended periods. Indeed, many people make precisely this argument regularly, citing healthy stock market growth as a sign that the economy is doing great.

But is it? According to statistics provided by the Brookings institute, unemployment and underemployment levels are only just returning to pre-Great Recession levels. The recession itself has been officially over for several years, but the recovery has continued to lag. Wall Street certainly doesn’t seem to think so, though. We’re frequently reminded how great the markets are doing, yet the gig economy continues to grow as people desperately attempt to supplement their incomes in increasingly unstable times.

These facts are not unrelated. It’s easy to connect the dots. If companies are driven exclusively to maximize the return on investment that shareholders get, and those same shareholders are no longer in it for the long haul, company priorities will inevitably shift. Five- or ten-year plans become a relic of a bygone era, relegated to the same idealized corporate nostalgia mine that brought us Mad Men. The fact that executive compensation is itself regularly stock options just makes these incentives worse.

Why pay for full-time employees when temporary contractors will get the job done and then be removed? Employees are expensive, and we can get those margins up for this quarter if we bring those costs down!

Why spend money on research and development? New products cost time and money that could be going to dividends! We can just switch over to a service-based model and charge ongoing fees for the same products.

And so on, and so forth.

Even for people with “safe” degrees like STEM, security is a thing of the past. I am an engineer myself and have personally worked at multiple companies that proudly announce their record profits at the same time they announce that raises are going to be smaller this year and they’re just going to have to let some people go. The company may have had a record year, but they just didn’t meet those shareholder targets.

This trend is far from over. It seems likely to continue to accelerate, if anything. The world as a whole continues to speed up. Companies devote more resources into automation, hunting for ways to do things faster and cheaper. Jobs will become even less secure over time as this automation gets better. When one person can do a job that once took ten, where will the other nine go? To Uber, for now. A far less reliable gig job with no benefits and increasingly poor pay as more and more people rely on it to paper over the cracks in their personal situation.

The realities of the modern economy have been somewhat masked thanks to these new sectors, but they can never replace the old ones. The ability to opt-in to the ACA marketplace may help provide healthcare for people who no longer have full-time work, but that will never be a true replacement within our current employer-based model. More and more emphasis is being put on individual investment accounts to allow workers to retire as the pension becomes a relic of the past, and now even those become less helpful as company matching gets cut or dropped altogether. Working extra hours after work by driving for Postmates may help pay the bills but one person working three or four jobs to match what one used to provide does not a stable economy make. Imagine what will happen when the self-driving cars that so many companies are pursuing finally become a reality. Why pay a person to drive someone when the car can do it for free?

But at least the shareholders will be happy, and isn’t that all that matters?

The traditional conservative argument is that the markets will do better than a government program could, and the introduction of programs like single payer healthcare or universal basic income will cause more problems than they solve. Perhaps so, but that seems unlikely to dissuade people who no longer have reliable work or the ability to see a doctor. If the current trends continue, something will have to change to prevent widespread suffering in a country with more resources than any other. Changing the market’s existing incentive structure to return to a more long-term outlook may be the only way to prevent these more drastic changes conservatives seek to avoid.

But the shareholders probably won’t like that very much.