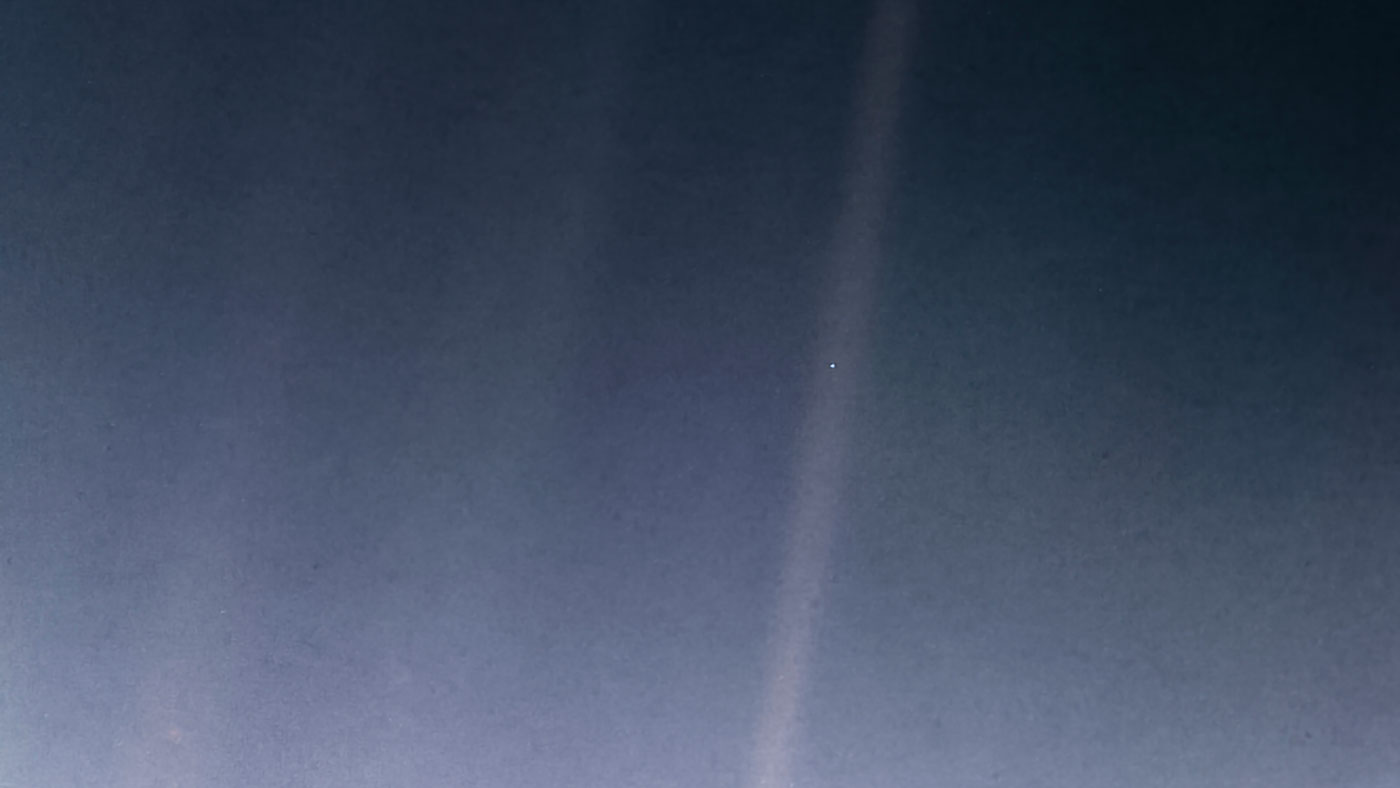 This updated version of the iconic “Pale Blue Dot” image taken by the Voyager 1 spacecraft uses modern image-processing software and techniques to revisit the well-known Voyager view while attempting to respect the original data and intent of those who planned the images.Credit: NASA/JPL-Caltech

[ThTh1] In a little over a week, we will have an extra day in February. Why do we do this? Because the time it takes Earth to revolve around the Sun is not exactly 365 days. There’s a little under a quarter day extra. So if you didn’t occasionally adjust the calendar, our seasons — which are defined by our position relative to the Sun — would start to change, moving in the calendar until January was the height of summer. Here’s a great illustration

This is why we have Leap Years pic.twitter.com/bCX31kymMW

Leap days actually over-correct slightly. So every century — except for those divisible by 400 — we skip leap day to get us back on track.

[ThTh2] Are medical errors really the third biggest cause of death? Orac breaks it down. The short version is probably not. Those estimates rely on second-guessing doctors and making very large assumptions of what medicine is capable of.

[ThTh3] Should you avoid having kids to fight climate change? No. Future generations will burn a lot less carbon than we do. And they will be needed to fix what we’ve broken Earth-wise. We should be alarmed not impressed when people don’t want to have kids because of climate change. Because what it really means is that they’re giving up hope.

[ThTh4] I have no idea if it is even possible to plant a trillion trees to combat climate change. That’s over 100 for every man, woman and child. It’s not even clear the biosphere can support it. But it’s worth a try. And if this moves the Republicans to a more proactive position on the climate, that’s great.

[ThTh5] A good primer on the tension in the Hubble Constant, one of the most fundamental measures of the state of the universe. I should note that things may be getting better on this front as the systematics in the measures are beaten down.

[ThTh6] Alphabet is shutting down their power kites experiment. It didn’t work out. But this is the kind of crazy idea for fighting climate change we should be looking at. High risk but high reward.

[ThTh8] NASA reworked Voyager’s “pale blue dot” image and the result is stunning. It reminds you of how small we are in such a big universe.

[ThTh9] One of the debates raging in social science right now is the gender-equity paradox. In countries with more overall gender equity, women are a smaller percentage of STEM students than in countries with less equality (think Sweden vs. Algeria). The explanation for this has been that, in countries with little gender equity, science is one of the few fields where women can advance. But in more equitable societies, they are less restricted. It is further argued that while women and men are equally capable in science, science tends to be men’s best subject, while other fields tend to be women’s best. The Law of Comparative Advantage indicates that people will gravitate toward what they’re best at.

This idea has come under fire in recent papers, which question both the existence of the paradox and its interpretation. You can read an explanation and defense here. I don’t think we know nearly enough right now to explain the gender-equity paradox. But it’s throwing a spanner into what once seemed like a fairly straight-forward issue.