The Truth Behind Dresden 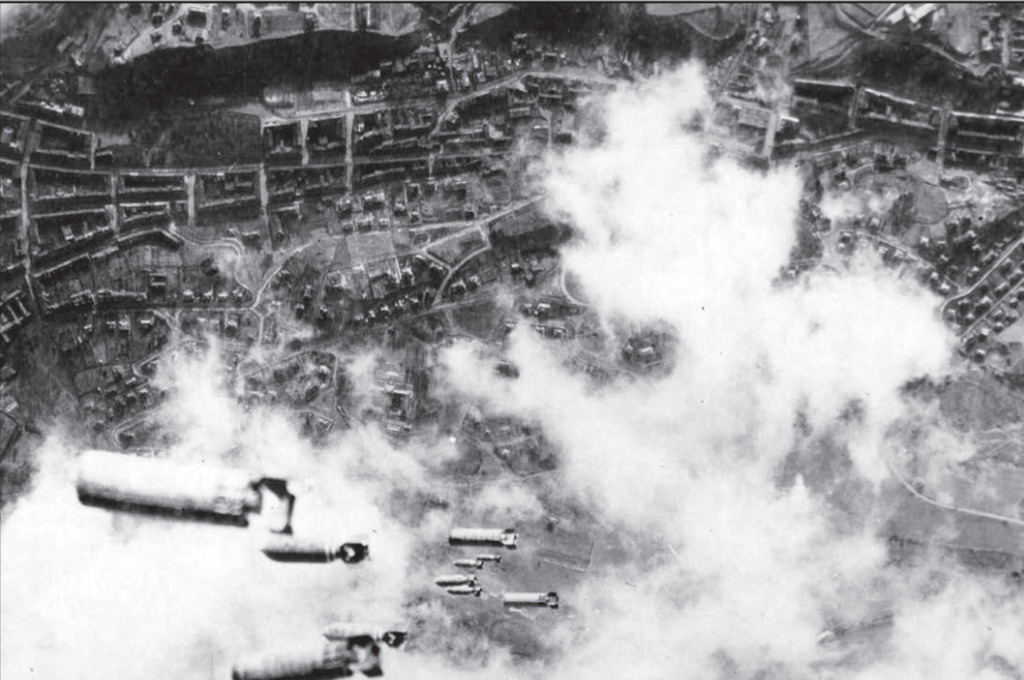 Every February 13, an emotional bait-and-switch occurs regarding the Allied bombing of Dresden in 1945.

Commemoration of that bombing has been a defining ritual among Neo-Nazis in Germany and abroad for many years, and has become an annual public spectacle in Dresden itself in the years following the fall of the Berlin Wall.

Why Dresden in particular? It isn’t immediately clear on its face: the bombing of Dresden was not the most deadly Allied bombing in the Second World War’s European theater in sheer numbers (that would have been Hamburg, which had nearly double the number of casualties), in percentage of population (almost one-third of the population of Pforzheim died in Allied raids, compared to three percent in Dresden), or in firepower (on a per citizen basis, less than one-fifth of the ordnance dropped on Hamburg fell on Dresden).

Yet, it has become a recurring obsession of, and propaganda tool for, the far right and radical left. This is due to a specific narrative that has grown slowly over several decades.

The narrative is this: Dresden was a peaceful little city in Germany where the people liked to make fine china and musical instruments. Its beautiful XVIIIth century Lutheran Baroque architecture and charming riverfront made it the “Florence of the Elbe”, and it had managed to escape the cruel ravages of war for so long because it had no war factories, or any military importance – but had provided a home for thousands of war refugees. Sadly, one cruel day – when the war was effectively already over – the Allies, looking for revenge, decided to rain fire upon Dresden out of sheer spite and bloodlust. According to the story, as many as 200,000 innocent Dresdeners burned, or suffocated to death, in an unnecessary and unspeakable war crime.

This is a powerful narrative, and an American writer — who was himself an Allied prisoner of war in Dresden at the time of the raid — wrote a bestselling novel in which the raid is the centerpiece of the story. That novel was Slaughterhouse-Five, and it made its author, Kurt Vonnegut, famous and wealthy. It was published in a very auspicious time: 1969, at the height of the American anti-war movement, when aerial bombing had become the center of controversy.

Slaughterhouse-Five created the narrative outlined above, in a highly fictionalized account of the raid, and that narrative has been taken up and repeated again and again in classrooms across the United States. Many of the collegiate anti-Vietnam protesters of 1969 became educators, and made Slaughterhouse-Five into both a mainstay of US high school American Lit syllabi, and an anti-war classic.

Dresden was not a peaceful or a little city. It was the seventh-largest city in Germany, and it was a stronghold of Nazism in 1945, and a stronghold of Prussian militarism centuries before that. It certainly had beautiful architecture, a storied musical tradition, and a thriving porcelain industry — but it was also the site of the Lehman artillery works, the Koch und Sterzel complex of electrical components factories, the Zeiss glassworks (producing bombsights and lenses), and many other industries directly involved in supplying the war effort. Dresden was the second-largest city on the northward-flowing Elbe river — a vital waterway connecting the city’s industries, via barge, to the largest city on the Elbe: Hamburg, the heart of the Reich’s Kriegsmarine. Dresden’s railways were the midpoint between Berlin and Prague, and an essential rail link to the recently-fallen Breslau (Wroclaw). Dresden was always strategically important, but it had become even more strategically important as the Soviets advanced from Breslau.

Dresden did lack some amenities, however. The overconfident Nazis failed to build adequate air-raid shelters for a city of its size and importance, and the Nazis – perhaps from the same overconfidence, or due to pressure from the front – had left Dresden with only moderate military aircover.

The war, at this point, was far from over. Millions of the Reich’s soldiers were still engaged in combat. The Allies had, only eighteen days before the raid, taken 90,000 casualties in a costly battle against Nazi forces in the Ardennes. The raid on Dresden was a military necessity in a war whose outcome was not certain. The Allies did not have either a dime or a minute to spare by engaging in an unnecessary waste of men and material on impractical revenge. It was the Nazis themselves, and their V2 (Vergeltungswaffe Zwei – Vengeance Weapon Two) bombing program which was aimed solely at civilians without any strategic benefit.

In Dresden itself, a feature of civil life was the open use of slave labor, with Jews and Poles forced to work the most dangerous industrial jobs to free German hands for the war effort. Dresden was a passionately pro-Nazi city, and had been an electoral stalwart for the party in 1933.

Far from being a war crime (aerial bombardment was not even criminalized in international law until 1949), the raid on Dresden was made against a defended target, and against a militarily important target. The raid was proportionate, was determined on by the highest authorities in the Allied forces, and was strategically necessary. The casualties were not 200,000 (a contemporaneous Nazi propaganda figure), but approximately 24,000. The high actual casualties were due to factors the Allies could not predict: very dry weather combined with high winds, and the failure of the Nazis (unlike in Münich) to prepare an adequate air raid shelter system.

That is the history, not the Vonnegut narrative. In fact, the Vonnegut narrative is not even fully Vonnegut’s: as the author of Slaughterhouse-Five revealed in an interview with The Paris Review in 1977, he relied not just on his own recollections from more than twenty years before, but also on secondary sources.

Vonnegut singled out one book in particular as a helpful resource. The book he named was also by a famous author, and just as Slaughterhouse-Five was for Vonnegut, the book was the author’s first bestseller. The author was David Irving, the reigning king of Holocaust-denying Nazi apologists, and the book was “The Destruction of Dresden” — published in 1963. As always, Irving freely drew on Nazi party archives and accounts to craft his story, while choosing his Allied sources very selectively.

Since the 1960s, figures on both the radical left and radical right have used Irving’s cartoon version of events, dramatized and amplified by the talents of unwitting dupe Kurt Vonnegut, as a readymade tu quoque argument against the moral position of the NATO powers, against Israel, and against any attempt at humanitarian intervention.

Alternativ für Deutschland, Prison Planet, the Russian Defense Ministry (!), the government of Syria, and other bad faith arguers and bad actors on the world stage unite each year in using the Dresden narrative as a bloody shirt to wave away any criticism of authoritarian regimes. It behooves serious people to exercise caution before taking their version of history, and their application of it to current events, as Gospel.

Strahan Cadell is a financial professional who resides in the heart of New Jersey: all opinions expressed are personal.