Dawkins Sticks His Foot In It…Again 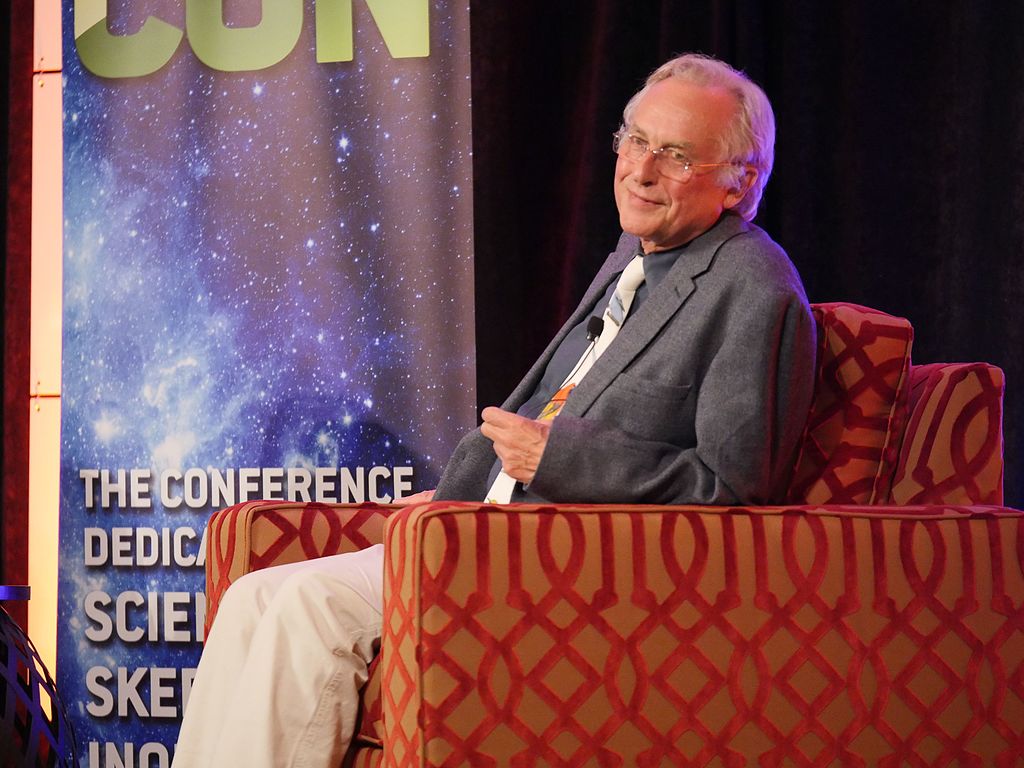 So Richard Dawkins laid this bit of wisdom on this weekend.

It’s one thing to deplore eugenics on ideological, political, moral grounds. It’s quite another to conclude that it wouldn’t work in practice. Of course it would. It works for cows, horses, pigs, dogs & roses. Why on earth wouldn’t it work for humans? Facts ignore ideology.

The response, as you can imagine and tell from the numbers, was quite dramatic. Dawkins went back to defend himself, reiterating his position that of course eugenics is bad. He’s just saying that it would definitely work.

Now, I’ll concede one thing here. Dawkins is partially right in that even if eugenics “worked” in the sense of producing an improvement in human beings, it would still be wrong. I covered some of this ground when I wrote about Rationalia, the idea that we could have a society defined entirely by scientific principles. To quote me:

Slave societies do poorer economically than free ones. But the argument for abolishing slavery is based on the dignity of the individual human being, not the economics of servitude. Racism, sexism, religious discrimination .. these are wrong. But not because they are scientifically wrong; it’s because they are morally wrong. If one group of people were scientifically proven to be intellectually superior to others, would that justify elevating their status as human beings and denigrating others as inferior? Of course not. “All men are created equal” is a philosophical argument, not a scientific one.

It would be nice if issues could be settled by the careful weight of evidence but they’re not. What we value, how much we value it, what rights we believe our fellow humans possess, how those rights interact with each other in a free society — this is how we debate and decide issues. These are not subject to rationality tests. They are moral tests. And science, by definition, is amoral.

But while that argument — that the moral question is far more important than the scientific one — is reasonable, I would also dispute the scientific argument behind Dawkins’ statement. Because it is not clear at all that eugenics would “work” in any real sense.

Dawkins appears to be confounding two different concepts. Eugenics is a precise word. It does not mean “selective breeding”, which Dawkins — an award-winning Oxford biologist — seems to think it is interchangeable with. Eugenics means breeding a group of traits dubbed superior and excluding those who have inferior genes from reproducing — either by ostracization, sterilization or execution — in order to “improve” the human race.

The problem with eugenics purely as a scientific concept is that it’s not that simple. There are three principal reasons why eugenics wouldn’t work. First, human beings are amazingly complex and adaptable creatures. It is difficult if not impossible to identify — in any objective sense — which traits are “superior” and which are “inferior”. Second, even if you could identify the traits you wanted to breed in humans, it is usually unclear what genetic (or epigenetic) basis these traits have. Finally, even if you could identify “superior” traits and their genetic basis, those traits don’t come as individual genes that you can select like toggles in a video game. They often come in groups of genes (which Dawkins himself has written about extensively). There are always trade-offs when you start playing the game of genetics.

Let me illustrate these concepts using the example of intelligence, which I’m guessing Dawkins would identify as one of the superior traits we could breed. It’s definitely the one all the “well ackshually” online eugenicists like to hype.

Second, even if we could agree on some definition of “superior intelligence”, we don’t know what the genetic basis of it is. Let’s return to IQ, since that’s the easiest thing to measure. We know that IQ has a genetic component. But we have no idea what genes are involved. More importantly, the expression of that genetic component can be highly variable. One of the great debates in biology is the nature of the Flynn Effect — the slow steady rise of IQs over the 20th century. All kinds of explanations have been advanced — better nutrition, better early education. Flynn himself believes that IQ tests for a specific kind of knowledge that steadily rose in the 20th century as we moved from an agrarian through an industrial to an information society. But it’s clear this rise in human IQs is not the result of any selective breeding. It’s most likely an adaptation.

(In fact, IQ can vary significantly in an individual. In the book The Blind Side, Michael Lewis notes that the school district’s estimate of Michael Oher’s IQ was well below average. After extensive tutoring, it was remeasured as being slightly above average. Human brains are extremely malleable and their performance is very dependent upon environment. So even using something as simple and straight-forward as IQ invokes massive complexity.)

And then there’s the third problem. Even if we posit that IQ-type intelligence is a superior trait and we posit that we could identify a genetic basis, what if that intelligence comes along with undesirable traits? There is, for example, a well-established anti-correlation between IQ and fertility. The higher someone’s IQ, the fewer children they tend to have. Can we really say that IQ-type intelligence is a superior trait when these people aren’t passing on their genes? And again, that’s just one thing. High IQ people are also more prone to mental-health issues. And drug use. And other negative traits.

My example of IQ-type intelligence is fun, because that’s the one trait all the eugenics wannabes tend to focus on. But we can see above that it’s not clear all that this treat is measurable, consistent, genetic or desirable in a race of “superior humans”. And that’s just one easily-measured trait. Now imagine trying to identify traits like health and strength and longevity. Imagine trying to find the balance between those. Imagine trying to untangle them from circumstance, upbringing, childhood illness, nutrition and environment. Now you can see why past eugenicists just threw up their hands and decided it was easier to just eradicate black people.

Dawkins claims that eugenics works because selective breeding works. But he of all people should understand that these things are not interchangeable. We have, for thousands of years, bred animals and plants to prioritize certain traits. But this has not necessarily made them superior. Some breeds of cats and dogs look beautiful but have serious health problems. Horses are faster than ever but break their legs easier. Chickens are plumper but can barely fly. We have bred animals and plants for our purposes, to favor traits we want. This has not always been good for them as a species. If humans disappeared, many of the species we’ve selectively bred would die off because they literally couldn’t survive on their own.

Selective breeding does, however, illustrate yet another problem with the idea of eugenics: that when you reduce genetic diversity, you make a species more vulnerable. Let’s take a look at bananas. For years, banana planters grew the Gros Michel cultivar. But then a fungus wiped it out. Entire plantations were destroyed. So we started using the Cavendish, now the world’s overwhelmingly dominant cultivar. But it too may be dying out because of a fungus. Now we’re able to deal with this quite easily because there are over a thousand banana varieties plus genetic engineers working to develop a more robust fruit. But imagine a human race bred to favor a small family of genes. Such a race would be extremely vulnerable to being wiped out by a single disease.

Unlike eugenics, genetic diversity is well-established as an absolute good for a species. It makes such a species stronger and more likely to survive cataclysm. And one of the people who knows that better than anyone; one who has explained this concept in multiple books is … Richard Dawkins.

That’s Not What I Meant

The thing is: this is far from Dawkins’ first goat rodeo. He has often made controversial “observations” and then ducked behind the claim that he’s just making a scientific observation, not executing a moral judgement. It’s the old “I’m just asking questions” canard with an Oxford degree behind it. Our friend Vikram wrote about this six years ago in the context of Dawkins saying stupid things about sexual assault:

For him, the truth should have a privileged position and confer a type of immunity from criticism. He wants to be held responsible only for the first-level, surface meaning of his statements and not the subsequent inferences that would be made by the average reasonable listener. But that isn’t how language works. If a majority of your audience thinks you are saying something different from what you think you are saying, you probably should reconsider how to communicate what you are trying to say rather than insist that your audience are illogical idiots. You’re the comedian who thinks people don’t laugh at your jokes because they don’t have a sense of humor.

Dawkins said that eugenics would work. He’s wrong about that. But even if he were right, he would still be wrong because writing a sentence like that brings an entire context. It makes people think about genocide and forced sterilization. It makes them think about racism and bigotry. You can’t throw out something like that and not expect people to react. You can’t act all offended when people respond in a completely reasonable way. Especially when you say, “it would work” which makes it sound — even if you don’t intend it to — that the only thing that’s holding us back from improving our race are those pesky morals. It sounds clever in your head, I’m sure. But it sounds less clever to everyone else. It sounds fascist.

I don’t usually like to jump on some Twitter idiocy. But Dawkins is one of the most prominent scientists in the world and has a long history of uttering idiocies and refusing to back down (often in a sexist context). I’ve written before about his tendency to mix sharp insight with mind-boggling stupidity. If the concept of eugenics has contaminated everything it has touched, maybe that tells us it’s a bad idea for reasons beyond just our morals.

(Experts in this field are weighing in with better insight than may own. I’ll start adding links here as they turn up in my feed. Here’s a good one wading through the history and science of eugenics.)