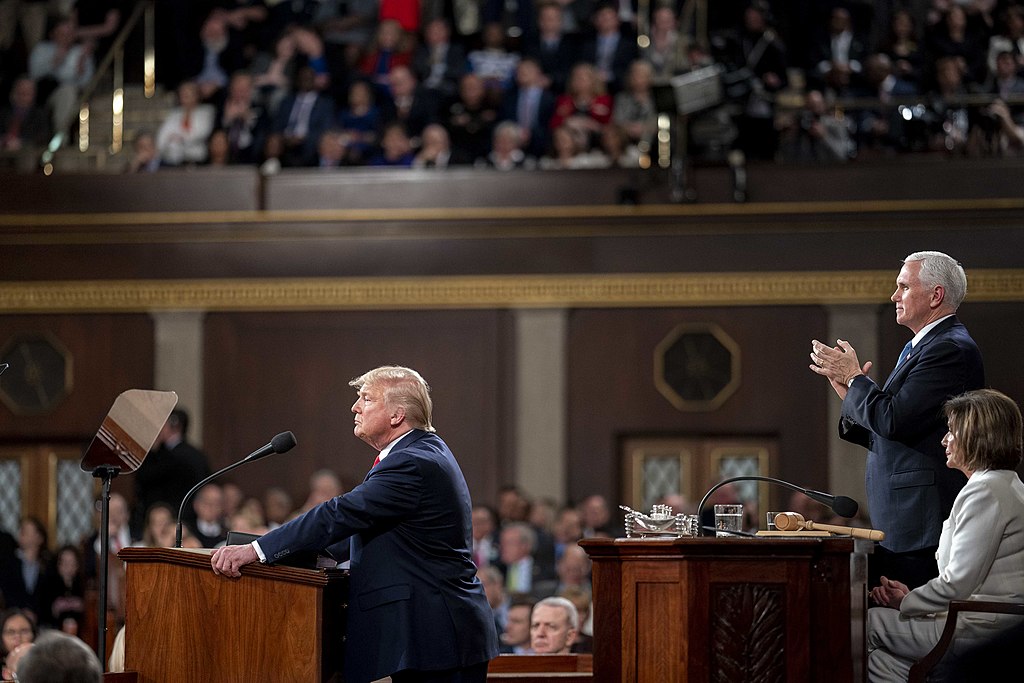 In late 2018, when Trump cronies were at the tailors being fitted for orange jumpsuits and the Mueller investigation was in full swing, I made the following prediction.

With sky-is-falling bells ringing in the progressive echo chamber, their own selectorate will expect them to move on impeachment…They will believe that the country is finally, irrevocably moving in their direction. It will be a misread on par with Gingrich’s “conservative mandate” calculation. In the end, the Senate will squelch the dream and Trump will survive, a martyr. He’ll have a wheelbarrow full of triumphalist tweets in all caps and he’ll not be afraid to use them.

As of this writing (mid-February 2020) I look like a very stable genius. Democrats fell for a bad bargain on impeachment. Trump has not suffered political costs – far from it. His approval rating is improving and I have heard the words “Trump’s best week ever” on several news outlets. Given the optics from his latest rally, a smug, triumphalist Trump is just as popular and energizing as a combative angry Trump – with the caveat that it’s not easy to tell them apart. All the efforts at “not normalizing” Trump have been in vain. He’s here, and we are in fact “used to him”.

Indeed his manic brand of chaos seems to be bleeding into all of our politics. Democrats, who are often characterized as being in “disarray” due to the coalition nature of their party, decided to just own it last week. They put the Iowa Caucus into a wood chipper and managed to tick off every front runner real or imagined. None of this bodes well for folks looking to return to normalcy.

By most measures of personality and character Trump is still a dumpster fire, but he has been successful in his own way. Trump campaigned on a laundry list of promises – on China, on Immigration, on tax cuts, and the infamous wall. He has shown that he is serious about most of them (deficit notwithstanding) and has often made unwise decisions to move the needle. He certainly has not built his accursed wall, but he hasn’t stopped trying either.

Note that I am not saying that these are good policies. Many of his ham handed ideas defy logic. But he will have a record to run on, and it will largely mirror things important to his base and a decent swath of independents. Perhaps the most important arrow in his quiver is simply this – the sky hasn’t fallen. Americans are still working, going to school, paying taxes and obeying the law. Sure, many Americans joined the weekend resister party on principle, but their lifestyle hasn’t dramatically altered under Trump.

Meanwhile, what’s getting through to the voters in the lightly informed class – that 60% of America with little investment in politics going about their work-a-day lives? Since 2016 at least one drumbeat has been the end of democracy, rise of fascism and the imminent threat to our way of life. That resistance message has been ubiquitous on the news, late night talk shows, and social media till it’s eye-rollingly predictable.

Voters heard “Democracy is dying” as a mantra for three years, but the country doesn’t look a whole lot different from the cheap seats. All of the doomsday scenarios, the crashing economy and the suppression of liberties seem like smoke and mirrors. On average life hasn’t degraded at all – and in some respects it is marginally better. Of course there are problems. Health care is a big issue. Student debt is an issue. The deficit is an issue. The environment is an issue. Immigration is an issue. Whatever pet issue you are currently angry at me for leaving off the list – is an issue.

These are all issues that Democrats could run on successfully in normal times. Yet these issues are the same as in 2012 and 2016. Voters expected volcanic upheavals and destruction. They were promised a Trumptastrophy. In deafening detail in every corner of the country (except maybe the Cracker Barrel) resistance spokesmen declared that the country was circling the bowl accompanied by an orange turd. Now, it seems, the same issues we’ve been grappling with for a few decades are still with us and still as intractable as ever. The landscape looks pretty much the same.

When you elevate the White House to such prime importance that Trump becomes a “threat to our democracy and way of life.” You may have already lost the game. In fact the White House and the president are not that important – and that is the lesson of Trump. Rather than sending an actual accomplished politician to the White House with real ideas, the people sent a guy from practical jokers. He mocks DC. He defies rules. He trolls them mercilessly with indiscretion and bombast. He drives fact checkers to drink. Meanwhile, folks in the hinterland – even those who are appalled at his behavior – secretly snicker and grin at the whiny elites crying in their merlot about “norms” and the “lack of respect”.

What will it take to affect real change in our government? A horde of folks are going to have to acknowledge they were wrong about the White House and about the death of democracy. They will have to acknowledge that things are not as bad as portrayed. In fact the country is not going down the toilet. Meanwhile, if Democrats want to beat Trump they are off to a bad start – and it’s going to get worse. If they want to affect change then they need better senate candidates. If they would be willing to run some candidates in red states that look like red-staters instead of ideological carpetbaggers from the Acela corridor it would probably be a cake-walk. They used to know this and had a coalition that was ideologically diverse.

But they won’t do that. Democrats are coalescing around ideology – and ideology will be the death of the big tent. A big tent only exists as long as conflicts can be kept at bay, but when what you believe is more important than building a working coalition a party begins to fragment. It happened in 1968 and it’s happening today. Outrage mobs are pushing out anyone who doesn’t tell the same story on race, class, economy and identity. Parties can be about winning or about ideology but rarely can they be all in for both.

It’s not clear the big tent will survive… Dems want to embrace a big tent idea but they want cohesion based on ideology. Indeed, there is an increasingly ardent attempt at ideological “purity enforcement” running through Democratic dialog these days… They envy the GOP’s cohesion – those “identical talking points since Bush-Cheney”. But they can’t duplicate that model without making the tent smaller.

I think the jury is still out as to whether this is another stable genius prediction. But if the party nominates Bernie there will be a rabid and wildly enthusiastic core of supporters whose only parallel is a group on the other side in red hats. Meanwhile, there will be tepid support from everyone else and perhaps an exodus from the party. And if the party doesn’t nominate Bernie, wither to his erstwhile fans? Clearly the Democrats – in a year when a strong candidate should have a stronger than average chance to win – have created a very narrow path to victory for themselves.