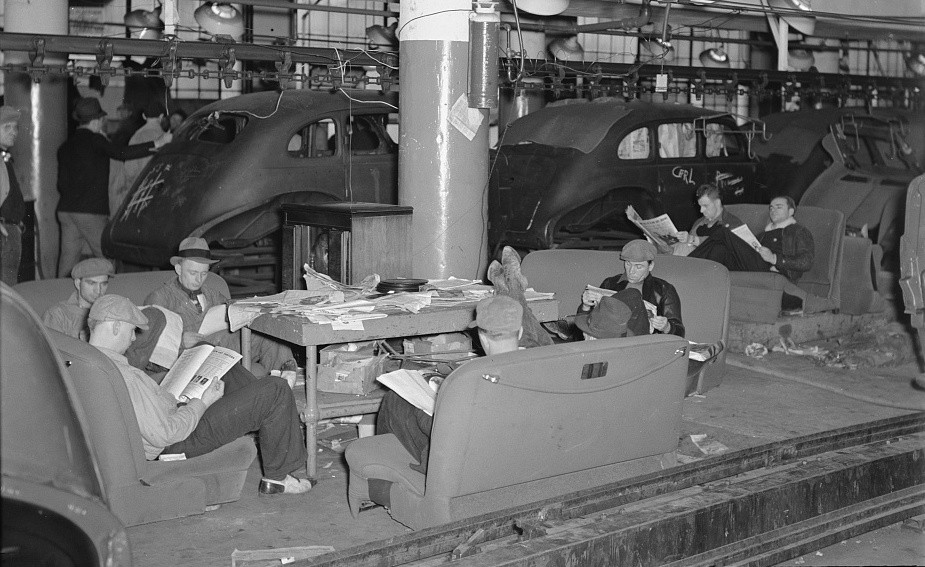 Every so often, you will see a story pop up on Colin Powell. The story is almost always taken from one of the Sunday talk shows and he is almost always talking about the current state of the Republican Party. Last October, the headline was that Republicans need to get a grip and stand up to Trump.

Most of the liberals that I know love these articles and share them. Being close to a center-right apostate, I tend to agree with the former Secretary of State on this and other issues. I still wonder what would have happened had he ran for President in 1996.

But has anyone ever wondered who is he talking to?

I mean, who is the person that is supposed to hear this and follow his advice? Does he think people are waiting for him to say his wise counsel and then follow it?

The problem with Powell’s many criticisms is that they are nothing more than words. They aren’t going to change minds. No Senator sitting in their office decides to stand up to the President because Colin Powell told them to.

As I’ve watched the impeachment hearings and later the trial in the Senate, I join many NeverTrumpers in my anger with Republican legislators that weren’t willing to stand up to the President. I’ve joined in with other disgruntled Republicans on Twitter in denouncing these leaders.

But my tweet isn’t going to change anything. No one’s tweets will stop Republican legislators from making the biggest mistake of their lives. Because at the end of the day, no one’s angry tweets or editorial or Sunday talk show chat or commercial is going to make Representatives and Senators grow a backbone. Words alone won’t change a thing.

But that seems to be all that Trump’s GOP critics have. There are many groups like Republicans for the Rule of Law or Republicans for Integrity that put out statements that criticize legislators for not going against Trump. But has anyone wondered if any of this is effective? Does anyone think minds will be changed because they saw an ad on television?

Like a lot of people, I am dismayed and fearful of where we are as a nation these days. If the Senate votes to acquit Trump as expected on February 5, we all know the President will feel embolden to do something else that makes mincemeat of our norms and laws. He already sees himself as some kind of third-world strongman and the Senate is giving him their blessing.

But the response from Trump-critical Republicans has been less than stellar. There is a lot of talk and a few gimmicks here and there, but it all amounts to very little.

It feels like there is a disconnect between critics and lawmakers. Words are spoken, but they are dead on arrival. They aren’t connected to anything more than the wishes of those spoken.

What needs to happen is that those words are given life. Their words need to be embodied in a way that lawmakers can see and understand.

What Never Trumpers need is a union organizer.

Growing up as the son of autoworkers in Flint, Michigan, I was familiar with the industry and with the United Auto Workers. As a kid, I knew about the Sit Down Strike of 1936–37 which allowed the UAW to represent workers in General Motors and throughout the American auto industry. Labor unions became strong because of people who would go and persuade workers to join the union and work together for better pay and hours. It was that kind of organization that built up the working class. Union organizers embodied the labor message and were able to put the heat on management and also mobilize workers to strike if needed, to get their way.

The problem is that among NeverTrumpers there are a large number of writers and political consultants. They all know how to create messaging and spin, but they don’t know how to mobilize regular people in contacting their Senators or creating PACs that can support Senators that chose to stand up to the President or primary the ones that don’t. We need “organizers” who can mobilize people, to empower the public to step away from Twitter and going to the offices of their Senators and Representatives.

The problem though is that folks on the right are not good at organizing. You see, to be willing to rally the troops, you would need to tone down the individualism that is so much a part of American conservatism. Conservatives have never been crazy about the way that unions work, which is as a collective. Maybe it comes from their leftist backgrounds, but the labor movement realized that to make a difference meant bringing people together. It is the people together than can either tell a Senator “we got your back,” or “we are going to primary you.”

Colin Powell is a wonderful person. But his words aren’t going to make a difference in the GOP or America. Nor are words of sadness and anger about what the Republican Party has become from countless folks on Twitter. Instead, as the old labor slogan goes, “Don’t Mourn, Organize.” That is the only way we can save the GOP and the Republic as well.