A Proud Failure: A Story Of Melancholy, Midlife Crisis, and Patent Applications 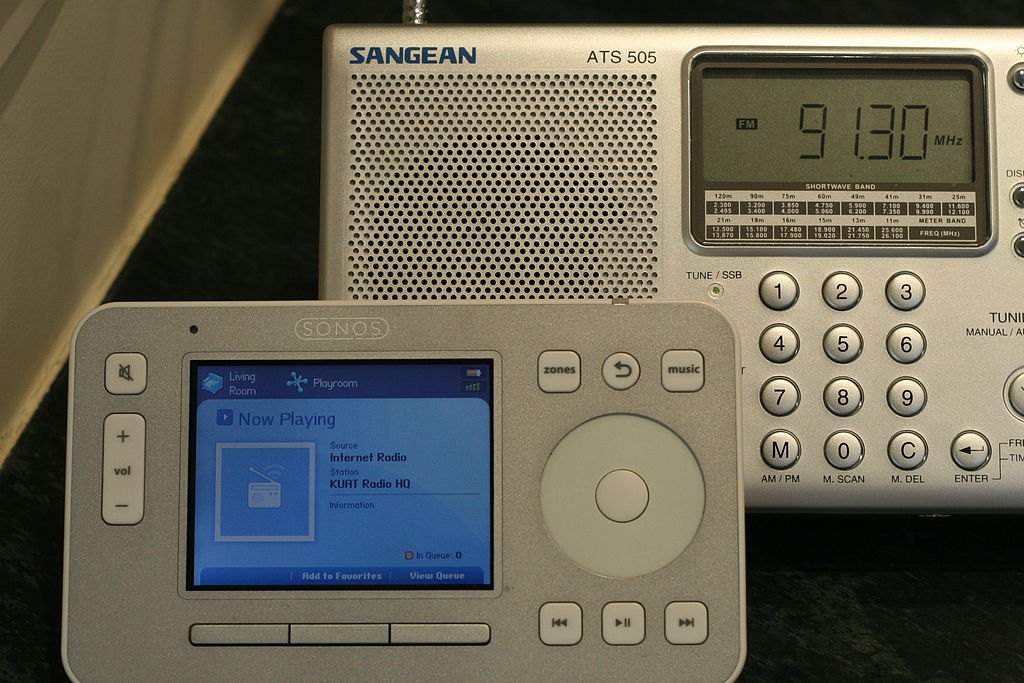 This is a story about how I invented (or, more likely, reinvented) the internet radio.

Recently, I dredged up my writings still lurking online and letters to science journals from the peri-internet years. Some I recalled from memory and were easy enough to find with a Google search, but others seemed to be lost in the ether. I enlisted the help of a younger, more internet-savvy type who, shortly thereafter, sent me a link asking, “Is this you?” I clicked on the link and, before my eyes, was a patent application from 2004 for an “Internet Radio Receiver.” Yes, it was indeed me. A wave of embarrassment coursed through me as I read the application, realizing it sits as a permanent record for anyone to see. Vaguely recognizable, I read it as in the third person. All in all, though, I think it wasn’t bad. Here is the link:

You might wonder how someone could take the time to file a patent application with the United States Patent Office and then almost completely forget about it for 15 years? I’m kind of wondering about that myself, so let’s see if I can retrace my steps and state of mind from that time.

In the early naughts, post 9/11, I was involved in the antiwar movement and once the war began, I was quite demoralized and wanted to get out of the country for a time. I found a job as a psychiatrist in New Zealand, which was about as far away from the US as I could get, literally and figuratively.

At the time, I was in my early forties and was also trying to come to terms with some personal and professional disappointments that might be more easily couched as a midlife crisis. I was putting on a good face in my new surroundings “down under,” but I was probably suffering from depression and the fact that George W Bush was about to be reelected was not making my prospects for recovery any easier.

For the most part, I was happy to be out of the US for a time, and there wasn’t much that I missed other than my family and the lack of a jazz radio station, which apparently was not a thing in New Zealand. To pick up the slack, I found a few “internet radio” jazz stations on my computer and thought, “Wouldn’t it be nice to have a little internet radio that I could take around like we did in the 70’s as kids with our transistor radios?” It occurred to me that such a device could be made quite easily, although I was not aware of anything of that nature being in existence.

At that moment, I was filled with a sense of excitement and hope. I was going to invent this very thing. For the next few weeks I worked out the details in my head, bottling myself up in our little rental cottage and ignoring the warming weather after a dreary winter, as October turned towards November and New Zealand’s summer approached. I could think of nothing else, but this mythical radio. I researched how to file a patent. Although they recommend that you have a search done to determine whether your invention had already been patented, I had little time for such details and, frankly, it wasn’t something I wanted to hear, because I was on a high that had started chipping off some of the melancholy I had been feeling for the better part of two years.

I worked out the details and included all the “patent-y” kind of verbiage recommended on the internet and created what you see in the link above, bluffing my way through technical details that had passed me by since my computer programming days in the late 1980’s. I then sent it out to the U.S. Patent Office. For the first few weeks, I waited to hear back from them about my amazing invention. I did not receive anything. As time went on, my depression lifted and my interest in the invention began to fade. I assumed perhaps it had already been invented by someone else and I was just another nut job for the folks at the patent office. I was a little bit embarrassed by the whole thing, like someone who made a fool of himself at a party and the next morning started reviewing the previous night’s events. By the time I returned to the U.S. a year and a half later, I still hadn’t heard anything and had effectively forgotten about it.

Thus it came as quite a surprise to me the other day to discover that the patent had been filed (on election day in 2004, ironically enough), and the U.S. Patent office had attempted unsuccessfully to contact me shortly after I had left New Zealand, so the patent was at some point designated as “abandoned.” I have no thought of doing anything with it, of course, and the technology has long surpassed my idea, whether or not it was an original idea. However, I believe that the application served a valuable purpose for me, which was to lift myself up from a dark place and move on with my life in all of its joys and disappointments. I suppose getting a Harley when I returned to the U.S. put me over the top, allowing me to fully resolve my midlife crisis in all its grandeur and cliche.

The beauty of having a fanciful idea that was my own, I think, was that it allowed me to break from my imposed captivity. In an internet connected world, it can appear that no stone is left unturned and originality is elusive. Life may seem more convenient and interconnected, yet these conditions encourage mechanistic thinking and playing a cog in a grand plan rather than bold individualism. In such a world, trying to find flashes of inspiration and inventiveness can feel doomed to failure and I think that we lose something as persons when we cannot express our individuality and natural creativity.

I am proud to have this failed invention as a little reminder of that.

Steve Pittelli is a retired psychiatrist. You can find him on Twitter and his own blog Unwashed Genes.