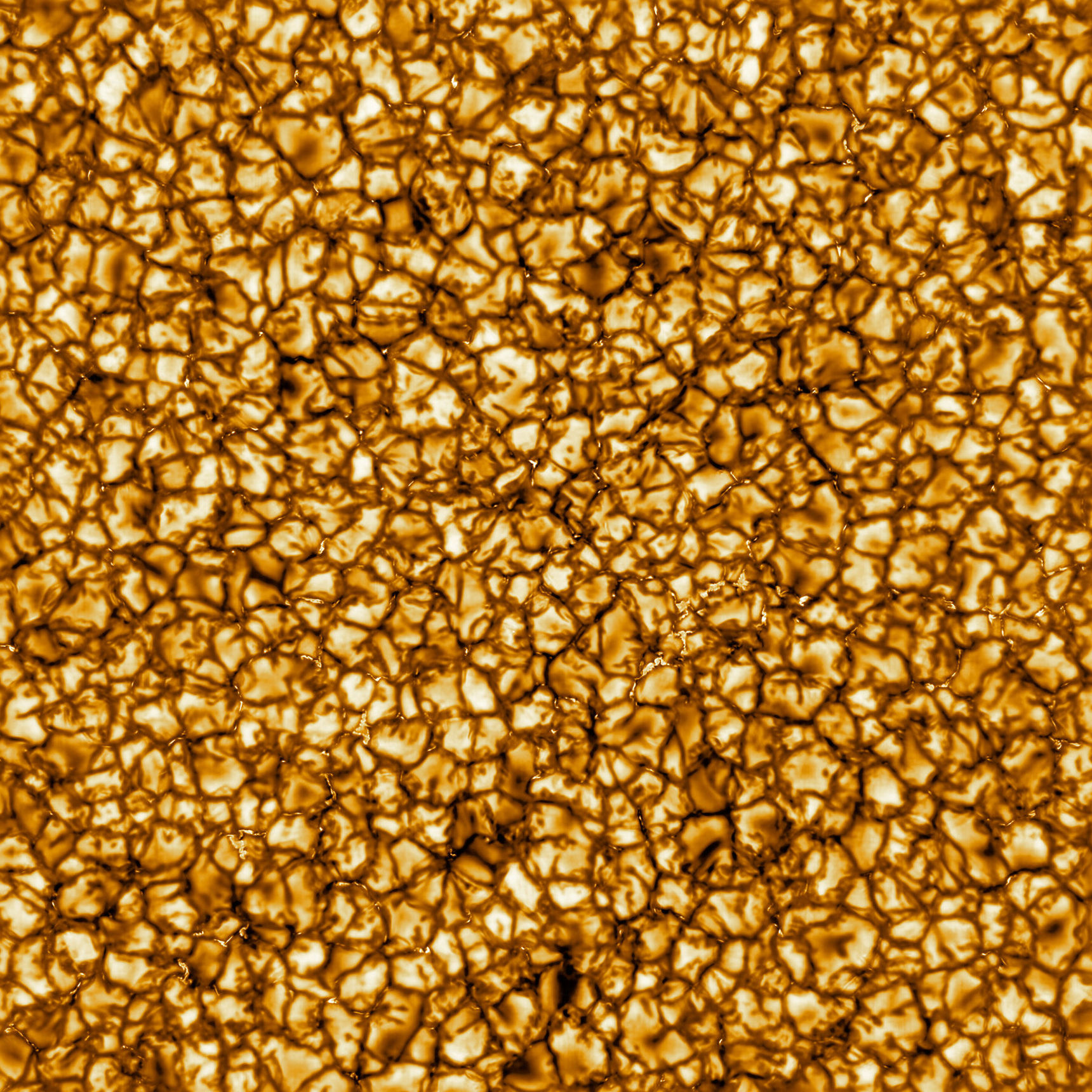 A wide-angle view of the solar surface from the Daniel K. Inouye Solar Telescope is the highest-resolution image of the Sun ever taken, showing details as small as 30 km wide. Seen here are granules, the tops of giant convection cells. Credit: NSO/NSF/AURA

[ThTh1] Last week, NBC news published a remarkable story about how a couple had their adoptive daughter taken away from them for suspected abuse. The story goes in depth on the “child abuse specialists” now being used at many hospitals and how once an allegation of abuse has been made, the machinery of the state is very difficult to stop. It includes a number of simply amazing things, like how the specialists documented a “bruise” on a child’s foot that turned out to be one they created during a blood draw.

There’s a lot to the story but there’s one aspect that struck me: the idea of “sentinel injuries”. These are injuries to babies that are too young to cruise and cross medical professionals as suspicious. They are supposed to be a harbinger, however, of future abuse. Congress is now talking about allocating funds to do testing for babies that have sentinel injuries, the utility of which is based on a study that claimed that 22.5% of definitely abused children had sentinel injuries vs. 8% of “intermediate concern” and 0% of “definitely not abused”.

This makes it sound like sentinel injuries are a good marker for abuse. But as my friend Kevin Wilson breaks down in this Twitter thread, they may not be. The reason is because it is rare for children that young to be physically abused, with abuse rates ranging from a fraction of a percent to a few percent at most. What that means is that although abused children are more likely to have sentinel injuries, non-abused children are so much more common that the vast majority of sentinel injuries may be false positives. So families could be traumatized, funds could be spent, unnecessary medical tests could be done mostly in vain.

(To give another example of the statistical error being made here: the most common symptom of a brain tumor is headaches. But brain tumors are rare. So the vast majority of people who get headaches will not have tumors. Now imagine that you gave people MRI’s every time they had a headache. It would be an expensive waste of time. It does make sense to rule out a tumor for chronic headaches with other symptoms — I got an MRI when they were diagnosing my migraines. But it would not make sense routinely.)

Kevin points out some other problems with the study and I recommend the thread (and a follow, if you do the Twitter thing). I understand people are passionate about child abuse. But sentinel injuries worry me as a diagnostic tool. I think we’re looking at another triad.

[ThTh2] A couple of throughputs ago, I mentioned a study that claimed that streaming video was consuming so much energy that watching a single 30-minutes show was like driving your car several miles. Several commenters noted some bad assumptions in the article. The BBC more or less took a look and discovered the authors overestimated the impact — by about a factor of 80. No, that’s not a typo. They used old data and severely overestimated how much energy streaming servers use. Those servers have become remarkably efficient. (H/T:Andre Kenji de Sousa).

[ThTh3] We are still learning a lot about how life rose, thrived and evolved on Earth. One new theory: a monster impact two billion years ago may have saved us all.

[ThTh4] Could a habitable planet orbit a black hole, like in the movie Interstellar? Yes, in theory. It would need very specific circumstances and a black holes that’s rotating so that you get frame-dragging. But it would work.

[ThTh5] Speaking of frame dragging, we just detected it around a distant white dwarf star.

[ThTh6] Great story. A guy from a trailer park overturned our understanding of lichen.

[ThT7] Our universe is expanding as a result of the Big Bang. As it does, however, gravity should slow it down. Whether it will slow it down enough to reverse the expansion was a big question 20 years ago. But studies of the deep universe revealed something shocking. Instead of the expansion of the universe slowing down because of gravity, it is accelerating because of something else. That something else is a complete mystery and we call it Dark Energy. A new theory may explain Dark Energy by changing our understanding of gravity. It would also, I would add, transform our understanding of particle physics, general relativity and quantum field theory. The best thing is that we might be able to test this using our new gravitational wave detectors.

[ThTh8] Ad Astra, Spitzer. And we thank you.

After 16 years of observing our cold, dark, and dusty galaxy 🌌, we're saying goodbye to our Great Observatory 🛰️.

[ThTh9] This video talks about some work I did as a postdoctoral fellow.

.@PHE_uk surveillance of #HPV in sex. active 16-18 yo females in England. "In 2018, 10 yrs after vaccination was introduced, we detected no HPV16/18 infections.." https://t.co/hX2tfEUGs5 No evidence of increases in any other high-risk HPV types. #VaccinesWork #HPVvaccine pic.twitter.com/B1pHYbaV0W

[ThTh11] A spectacular image of the solar surface comes this week from the NSF’s solar telescopes. What you’re looking at are convection cells — clumps of hot gas welling up from the stellar interior, releasing heat, cooling off and then sinking back down. It is literally the same process as happens when water boils on your stove. Here’s a time lapse video where you can watch the Sun’s surface boil at 5800 degrees.