The New Bern, Same as the Old Bern 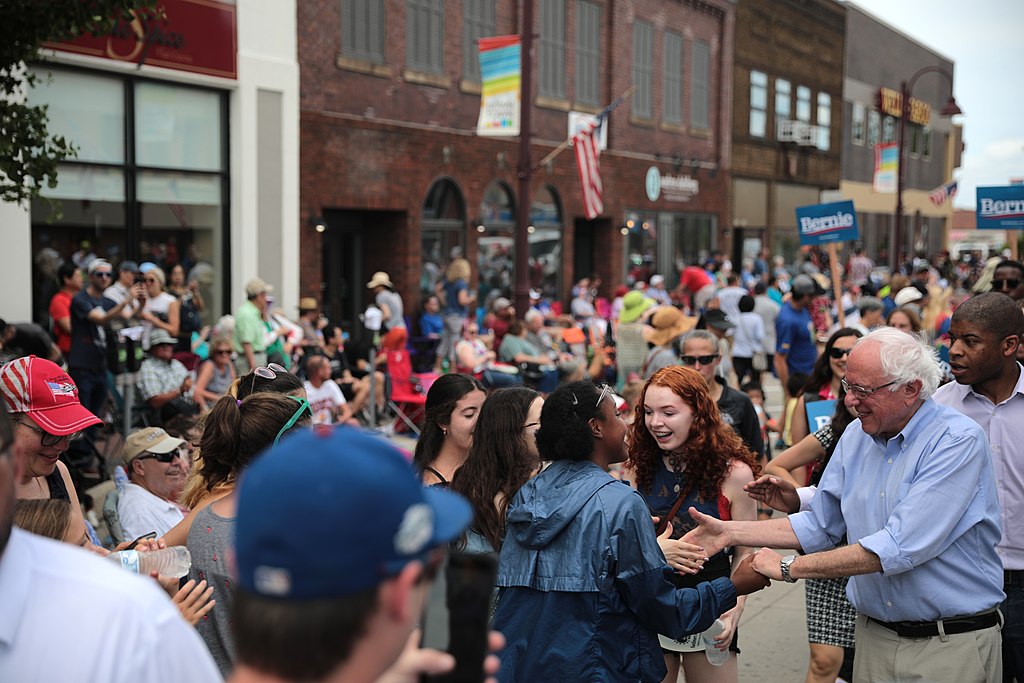 One of the louder narratives going into Iowa was the recycled line from Bernie Sanders’ supporters that a massive wave of new voter turnout was going to be the vanguard of the revolution. The Sanders folks have long since pitched their tents in Iowa and spent the time between 2016 and now trying to improve on the Independent Senator from Vermont’s showing in the Iowa Democratic Caucuses. In doing so, they were not shy about their goal to start a revolution, and to start it with turning out more and new voters in Iowa. Sanders himself worked it into his closing arguments over the weekend before the Monday night Iowa Caucuses:

Sanders said Saturday that high caucus turnout will be critical to maintaining his momentum.

“If the voter turnout is low, we are going to lose,” Sanders said. “If people across this state are prepared to come out, not just to defeat Trump but to transform this country. If working people and young people and all people who believe in justice—if they come out in large numbers, we’re going to win this caucus.”

“Let us see on Monday night, in this consequential year in American history, let us see Iowa have the largest caucus turnout in the history of this great state,” Sanders said before wrapping up his speech.

The Iowa Democratic Party is gearing up for what they expect to be a record-breaking year, working diligently to mitigate any logistical issues at caucus locations. His staff and volunteers will have knocked 500,000 doors in Iowa by February 3, which Sanders says underpins the success of his campaign.

“I think we are the strongest campaign to defeat Trump because we are developing the strongest grass roots movement in this campaign,” Sanders said Saturday.

Except he didn’t, and isn’t, and his prospects of doing so are not as good as advertised.

Turnout for Monday’s Iowa caucuses was on pace to match 2016 levels based on early data, a state party official said, even as some sites reported long lines and a record number of people participating as Democrats began choosing a nominee to take on President Donald Trump.

It was too soon to tell what final turnout numbers will be, amid delays in reporting results. But Iowa Democratic Party Communications Director Mandy McClure said early indications were turnout was on pace to match 2016, when about 170,000 people participated. The high-water mark for the contest was the 2008 Iowa Democratic caucuses, when nearly 240,000 participated and Barack Obama defeated Hillary Clinton and Martin O’Malley.

Some party officials and campaigns were expecting far more people to participate than four years ago due to Democrats’ enthusiasm to replace Trump, and at least in some locations caucus-goers reported packed rooms and slow counts.

To be fair, matching Barack Obama-level turnout is probably never going to happen again in our lifetimes. But simply matching the 2016 level, in which Bernie effectively tied Hillary Rodham Clinton in Iowa before going on to a 23 point win in New Hampshire and losing the nomination, is not good, despite the spin and confusion of the disaster the 2020 Iowa Democratic Caucuses turned into. In the absence of actual results — which we are still waiting on at this writing and frankly will be questioned whatever they are — the narratives coming out of Iowa only have today to get settled before being bigfooted out of the new cycle by the State of the Union and tomorrow’s impeachment acquittal. By Friday all the political media will be focused on the New Hampshire debate, a state Sanders should win easily and which he has spent considerable money and effort on. Once again, much like 2016, Bernie Sanders should have two great showings in the first two contests.

The Nevada Caucus will have a white-hot spotlight on it, and not just because it is next on the calendar, but because of the meltdown of the caucus system — or more specifically the folks in charge of preparing and running it — in Iowa. It could potentially have the oddity of having a candidate, Michael Bloomberg, on the debate stage in that state, due to DNC rules modifications, but not actually on the ballot in the caucuses. Then it’s on to South Carolina, and a bunch of Super Tuesday states after that are a lot less Bernie friendly and where Clinton pulled away from Sanders in 2016. Unlike 2016, Sanders will not be the only alternative to the frontrunner for folks wanting to protest to coalesce around, since the debacle in the Hawkeye State means no one will be particularly inclined to bow out of the race.

If, after basically 5 straight years of campaigning in Iowa, Sanders couldn’t turn out anyone new for his political revolution, that does not speak well of states his campaign has spent far less time and resources in, and has precious little time left to do so. Sanders pitched his tent on the caucus system being very friendly to his enthusiastic followers getting to act out their support in a very public way. That’s over and washed away, and no amount of conspiracy theories or online whining will replace what a podium moment with “winner” on the bottom of the TV screen could do. It probably wouldn’t have mattered a lot, but it certainly isn’t helping to go without it, and the already prickly Sanders online army are not going to be more warm and fuzzy in trying to proselytize for their chosen one having felt cheated out of it.

Or maybe, after five years on the national stage as the standard bearer for the Democratic Socialist wing of the party, Bernie has just called in all the banners his cause is going to get. Maybe the message has reached as many Democrats as it is going to reach. Maybe the tent of the Progressive Revolution, or at least the version Bernie is pitching, is as big as it is going to get and with no new ideas and a candidate that is very much known by this point. Perhaps the wave of the Bernie revolution is going to crest with the first two contests like he did in 2016, and no matter all the effort put into it is going to change the result from before, and despite drawing a crowd and a media circus to the show under the tent, it just doesn’t translate into a nation-wide tour required for a major party nomination.

Or maybe the Bernie Sanders tent is more like the pop up varieties you see from time to time. Sometimes they mean a party, food, and fun. Sometimes they mean girl scout cookies for sale. Sometimes they are just marking the place in the cemetery where the freshest hole has been dug, waiting for the family to gather so it can be filled in. When you see that tent, you know what is about to happen.

The latter will draw a crowd, but it should never be confused with a revolution.