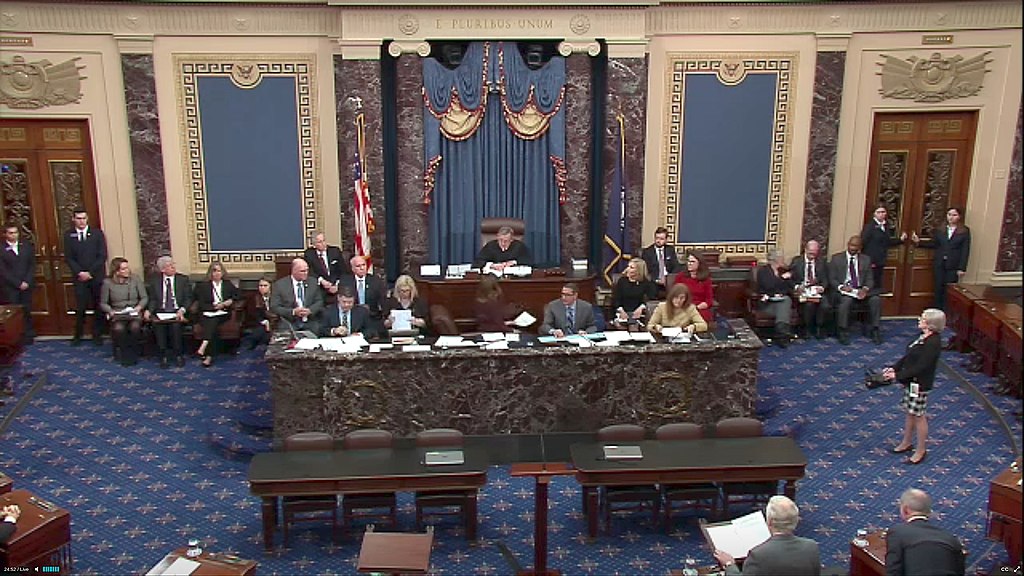 As the Impeachment Saga drags on into its second week in the Senate, several Republicans have become key swing votes in the process, specifically on the subject of calling witnesses. One of those is retiring Tennessee Senator Lamar Alexander. Alexander today announced that he will oppose calling witnesses, which may end that effort. But he also said something else:

I worked with other senators to make sure that we have the right to ask for more documents and witnesses, but there is no need for more evidence to prove something that has already been proven and that does not meet the U.S. Constitution’s high bar for an impeachable offense.1/15

You can click through to read the entire thread. But it basically amounts to this: it’s clear that Trump withheld aide to Ukraine to damage his political opponents; it’s also clear that he was wrong to do so; but it does not rise to the level of an impeachable offense. Ultimately, the rightness or wrongness should be decided in the election.

Whether you agree with Alexander or not, he is pointing the Republicans to an exit ramp from this entire debacle. At least, in a semi-rational world. They acknowledge Trump did it, they acknowledge it was wrong, but they say it doesn’t rise to the level of removing him from office and vote to acquit.

Without addressing whether this is the right result or the wrong one, I think it is one that Congress would normally jump on (as indeed they did when Clinton was impeached). The Republicans would get impeachment out of the way before the primaries and general. Trump would make some kind of mea culpa and promise to do better, then run on how impeachment failed and the Democrats wasted everyone’s time. The Democrats, meanwhile, would take the win of Republicans acknowledging the president’s bad behavior. All sides get something out of it, the mess is forgotten by November; the only losses are to the country and the rule of law. It’s the kind of grimy political compromise that the Senate would normally end up with because no one has any actual principles.

But we don’t live in that world.

We don’t live in that world because of one person: Donald J. Trump.

He has too much invested in the narrative that he did nothing wrong. I can not imagine him accepting such a compromise. I think he would instead rant and rave and bluster. He would call out Republicans for turning against him. He would support primary challengers. He would talk about how Lamar Alexander begged him to help his campaign. And while he might parlay that into re-election, it would severely damage the Republican Party in the House and Senate. And it would further divide the country by keeping alive an issue most people — Right or Left — would rather go away.

Maybe cooler heads can talk him into this. And if he does accept it, I’ll have my crow with horseradish, please. But everything in his history is against it.

This is the problem with electing a mentally unstable toddler to the White House. He can’t and won’t play the game for the benefit of his party or the country even when it massively favors him. He is much more likely to kick the board over and scream. And even if he were amenable to such a compromise, the Republicans fear he would not be. And so … here we are, stumbling toward the inevitable without even the “wrong but not impeachable” window for the Republicans to bail out through.