Entertainment, Humanity, and the Death of Kobe Bryant 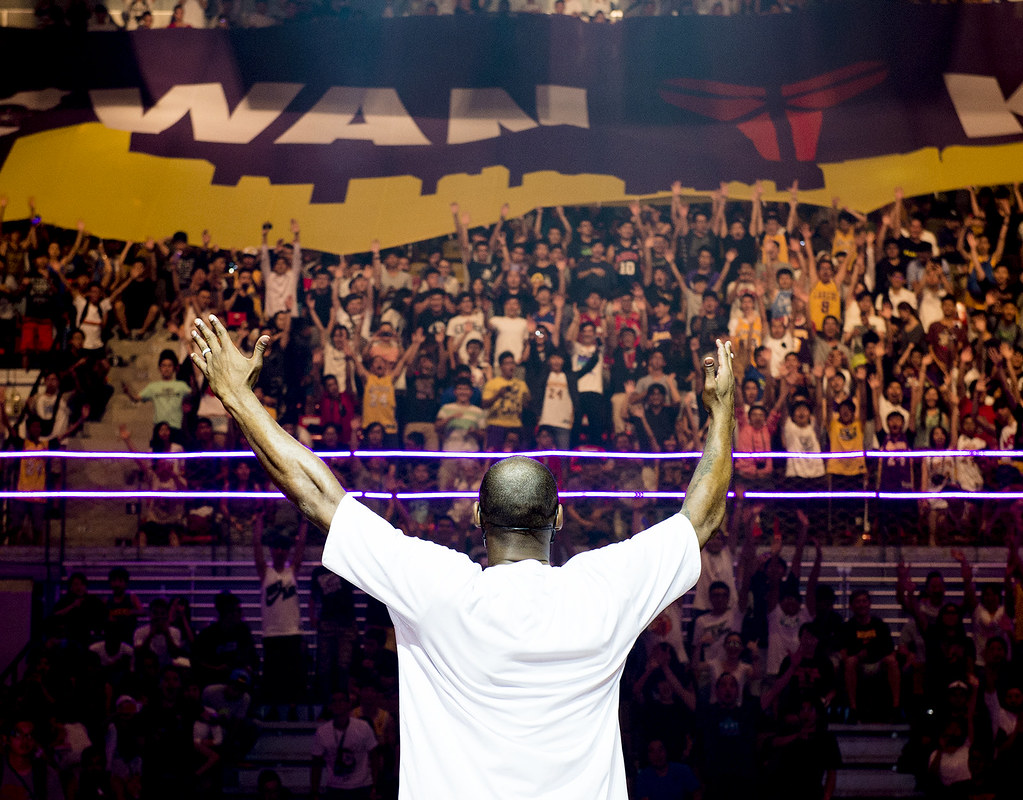 My Sunday began in its usual uneventful fashion: coffee, yoga, and reviewing music for an upcoming show, when my Mr. summoned me from down the hall. I was expecting a request for water or cold medicine, as he is in the midst of battling the man-flu, but instead, he just handed me his phone with a stunned look on his face. The headline on the screen read “Kobe Bryant Dead in Helicopter Crash”. I blinked in disbelief.

My Mr., like many red-blooded American men, is a sports fan. But he isn’t particularly a basketball fan. In fact, the only time I’ve ever seen him pay attention to the sport is when our son played for one year in the 6th grade. He isn’t a Kobe Bryant fan. And yet, as he sat staring at his phone, he was not only shocked over the news, he seemed moved by it.

Looking for more information on the story, I turned to social media. Every platform was buzzing with the news. People from all over the country, and eventually the world, were expressing the same shock and sadness as the news was confirmed. Kobe Bryant was dead.

I don’t mind telling you, I am not a basketball fan. I am not a sports fan. But what I am is an entertainer. And as an entertainer, watching the public’s reaction to Kobe’s death was fascinating. Some people were showing genuine sorrow, others expressing their disdain, but it seemed absolutely everyone was reacting in some way. Why? People die tragic deaths every day. Why do we seem to care more about the death of a celebrity more than the average person with whom we share much more in common? Why do we collectively mourn the loss of a professional athlete more than the thousands of someones who have died in car accidents over the past year?

It is that simple unifying thread that has us all looking around asking, “Is this real?”

But it isn’t just that. Kobe Bryant was a household name for a reason. He wasn’t just a professional athlete. He was one of the greatest professional athletes of all time. Even more than that, he was an entertainer. An entertainer is charged with more than just being good at their craft. They must also make an emotional connection with their audience. And for the really great entertainers, that connection is genuine. We watched Kobe sit courtside with his 13 year old daughter, Gianna, who was also tragically killed in the helicopter crash, laughing and enjoying those sweet father daughter moments to which many of us can relate. We watched his professional triumphs and personal struggles. He allowed us to experience all of those things in a way that made him seem not only accessible, but normal. His death reminds us all how fleeting life is. No amount of celebrity, money, or talent exempts us from our own mortality.

Do we care more about some celebrity’s death than the thousands of other deaths that occur on a daily basis? No. Not really. It just serves as a reminder of how connected we really are. We share stories, discuss our experiences, talk about our feelings, with a single person’s life serving as the central theme. But what we’re really doing is sharing our humanity. We are coming together in a moment that transcends political, class, and racial divides.

As the day came to a close, and my Mr. was getting ready for bed, he wadded up his t-shirt and shot it at the hamper, shouting “KOBE!’ as he made it in. Those are the little moments that great entertainers give to us. Those are the things that live on, even after they themselves have left us.

Those are the things we all have in common.

Dolly Marlowe is a chanteuse, writer, vintage living maven, professional pinup girl, cabaret showgirl, and self-proclaimed "girliest of girls." She can be found on Twitter @dollymarlowe