Finding Himself in a Hole, Mike Pompeo Demands More Shoveling 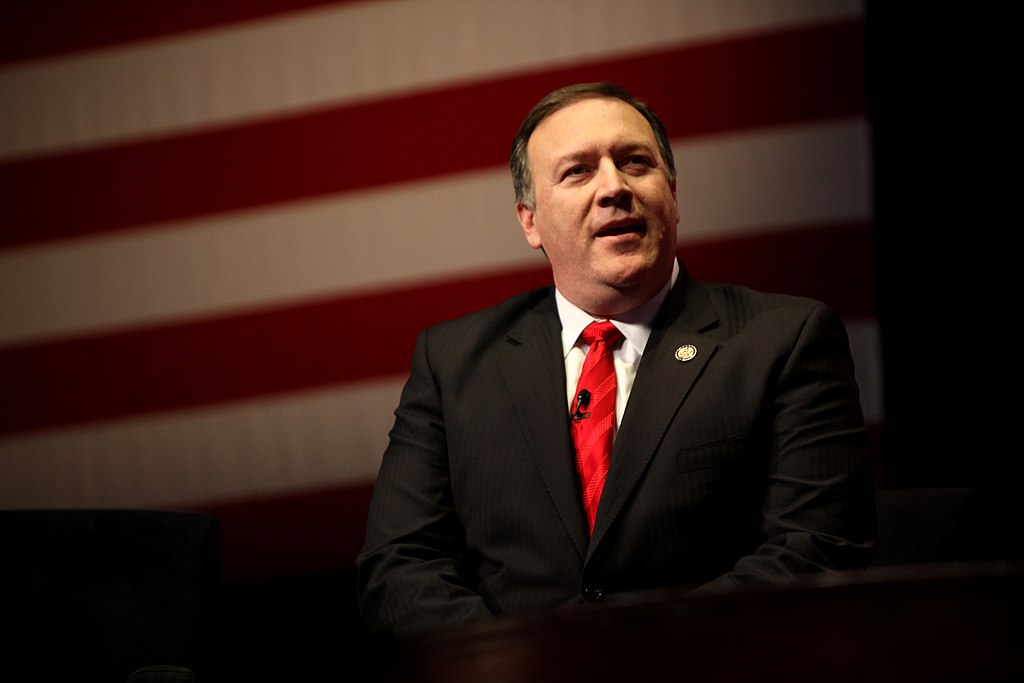 Finding himself in a hole, Secretary of State Mike Pompeo publicly calls for a shovel.

Secretary of State Mike Pompeo has released a statement regarding the claim by NPR correspondant Mary Lousie Kelly that after their contentious interview he was irrate, threatened, and even called for props to try and make his point.

Official response from Pompeo about his NPR interview. Haven’t seen anything like this before with a State Department seal on it: pic.twitter.com/Hi1P18ZS0A

“NPR reporter Mary Louise Kelly lied to me, twice. First, last month, in setting up our interview and, then again yesterday, in agreeing to have our post-interview conversation off the record,” Pompeo said in a statement. “It is shameful that this reporter chose to violate the basic rules of journalism and decency.”

Pompeo did not challenge the details of Kelly’s claims about his statements or demeanor during their conversation.

NPR correspondent Mary Louise Kelly said Pompeo cut off their interview when she pressed him on why he has not defended former Ambassador to Ukraine Marie Yovanovitch, who is at the center of President Donald Trump’s impeachment. During her testimony before House impeachment investigators in November, Yovanovitch said she had felt threatened by Trump and his allies. Trump removed Yovanovitch as ambassador last year.

Kelly said she did not agree to be off the record at any point, and had communicated in advance to Pompeo’s office that she intended to ask him about Iran and Ukraine.

NPR released the full, unedited interview with Pompeo on Friday.

“This is another example of how unhinged the media has become in its quest to hurt President Trump and this Administration. It is no wonder that the American people distrust many in the media when they so consistently demonstrate their agenda and their absence of integrity,” Pompeo said Saturday.

“Mary Louise Kelly has always conducted herself with the utmost integrity, and we stand behind this report,” NPR’s Senior Vice President for News Nancy Barnes said Saturday, following Pompeo’s statement.

After Pompeo abruptly ended the interview, an aide called Kelly back to Pompeo’s private living room where the correspondent said he “shouted” and “used the F word,” asking whether she thought Americans care about Ukraine, and predicting that “people will hear about this.” According to Kelly, Pompeo asked for aides to bring him a map without country names marked and asked her to identify Ukraine.

Now while it’s within the realm of possibility that Sec. Pompeo is telling the truth, this smacks of a particularly stupid and lazy lie. It would be rather incredible for someone who has traveled and reported on Europe extensively, as well as holding an advanced degree in European Studies from Cambridge, to think the largest European country was in South Asia. Everyone has a bad day, especially with the sitting Secretary of State cursing you out for not playing softball with him, allegedly. But it’s more probable that whichever underling wrote the response mixed up Ukraine’s northern neighbor Belarus with Bangladesh, some four thousand miles to the Southeast, since none of the details were refuted. Or Pompeo doesn’t know the difference and wrote the response himself. Who knows. Not even sure which of those scenarios is worse.

But learn the lesson, kids.

Always be prepared for a geography quiz at any time.