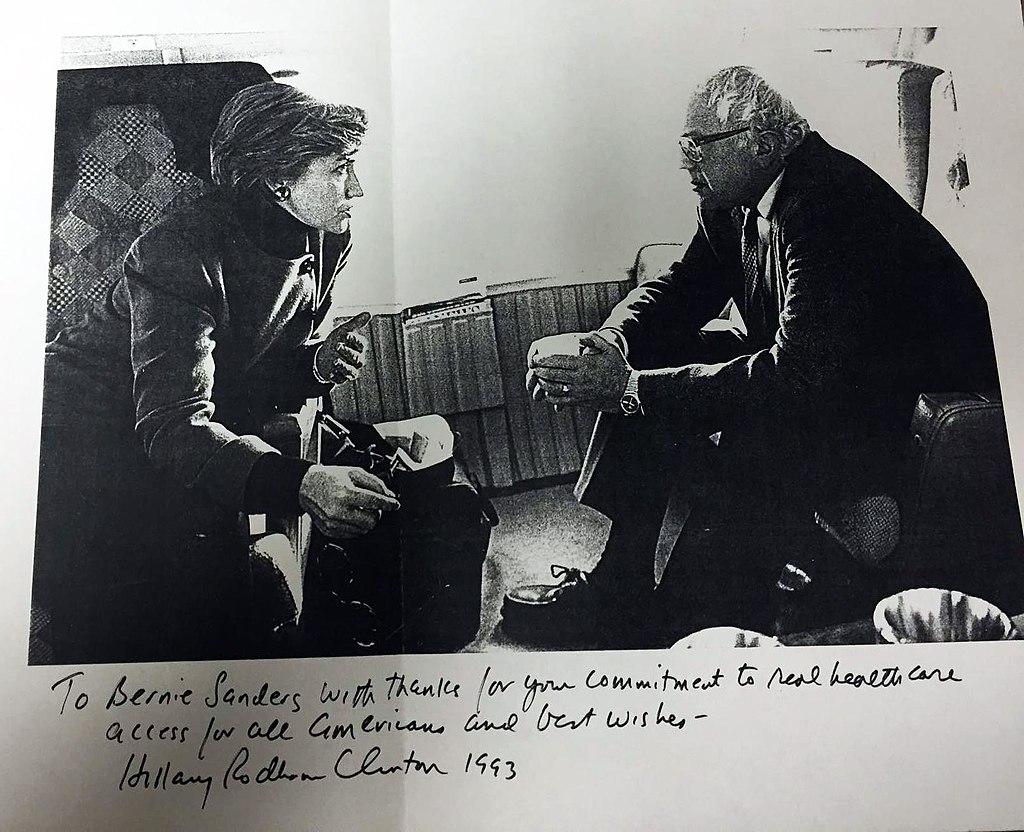 OK, then. Hillary Clinton is the subject of a new documentary that will air on Hulu. And, well, let’s just say she doesn’t like Bernie Sanders or his supporters.

In the doc, you’re brutally honest on Sanders: “He was in Congress for years. He had one senator support him. Nobody likes him, nobody wants to work with him, he got nothing done. He was a career politician. It’s all just baloney and I feel so bad that people got sucked into it.” That assessment still hold?

If he gets the nomination, will you endorse and campaign for him?

I’m not going to go there yet. We’re still in a very vigorous primary season. I will say, however, that it’s not only him, it’s the culture around him. It’s his leadership team. It’s his prominent supporters. It’s his online Bernie Bros and their relentless attacks on lots of his competitors, particularly the women. And I really hope people are paying attention to that because it should be worrisome that he has permitted this culture — not only permitted, [he] seems to really be very much supporting it. And I don’t think we want to go down that road again where you campaign by insult and attack and maybe you try to get some distance from it, but you either don’t know what your campaign and supporters are doing or you’re just giving them a wink and you want them to go after Kamala [Harris] or after Elizabeth [Warren]. I think that that’s a pattern that people should take into account when they make their decisions.

The whole excerpt is just an exercise in what we’ve seen from Clinton since November 9, 2016: Bitterness, anger, blaming everyone for her loss. The problem with it is not that she’s necessarily wrong to feel that way, it’s that she’s doing this in the middle of a contentious primary she isn’t a part of.

There are many ways to go with this, but I’m not going to waste too much digital ink on a controversy that will fade by next week. But as with the Warren-Bernie spat, it’s a sign that we are moving toward a bitter fight between the populist wing of the party and the establishment wing. Whether that makes the eventual nominee weaker or stronger will have to be seen.