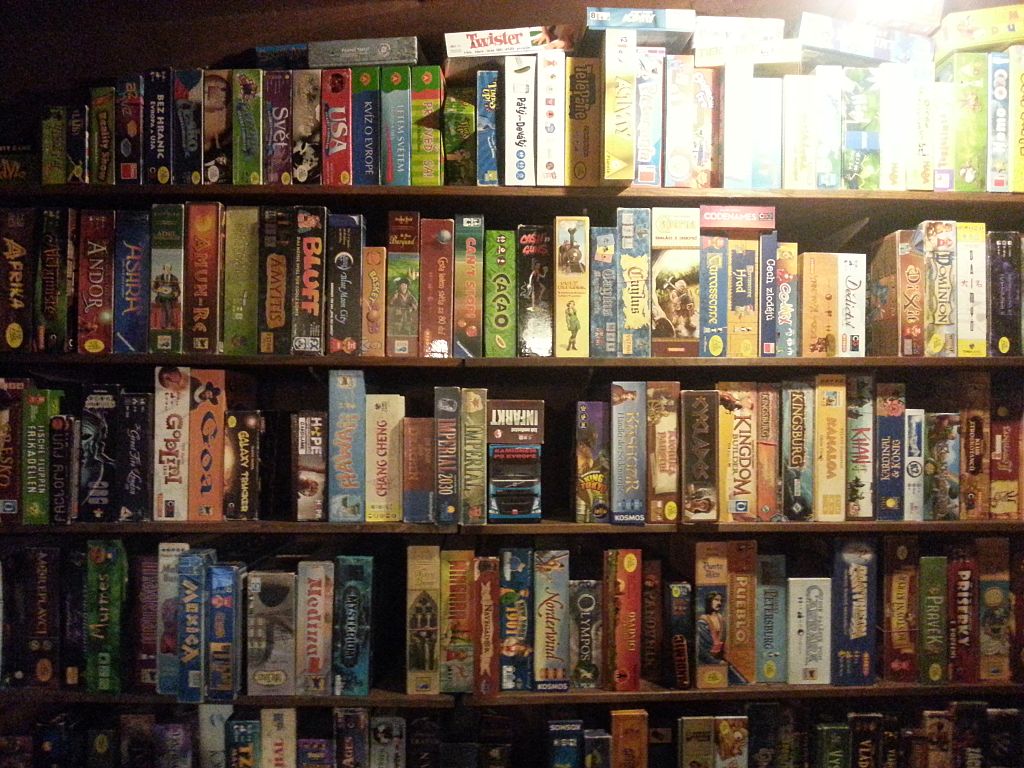 Photo by Ijon via Wikimedia Commons

We would like to announce the Ordinary Times Board Game/Tabletop Gaming Symposium!

“Wait”, I hear you interrupt. “What’s the difference between a board game and a tabletop game?”

In The Manufacturing Man and His Job by Robert E. Finley and Henry R. Ziobro, there is a great little quotation (that usually goes on to be attributed to Einstein):

Some years ago the head of the Industrial Engineering Department of Yale University said, “If I had only one hour to solve a problem, I would spend up to two-thirds of that hour in attempting to define what the problem is.”

With that said, I would say that if someone was casually talking about gaming with me and seemed to put board games and tabletop games into two different categories in the language they were using, I’d assume something like this:

A board game is a game that has fixed rules that can’t really be changed on the fly. There can be “house rules”, of course. Something like “if you roll doubles, you have to take another turn”. Maybe even house rules on top of house rules: “If you roll doubles three times in a row, go to jail. Go directly to jail. Do not pass Go. Do not collect $200.” Maybe there is asymmetric gameplay and different players have different rules that they have to abide by… but the rules apply and the only changes are before the fact.

A tabletop game, on the other hand, could be a little more flexible. You’d have a moderator who had the role of being a bit of a dictator who could introduce or change rules on the fly. So something like D&D, maybe. Storytelling games that allow the moderator (or “Dungeon Master” (or “DM”)) to fudge a roll of the dice here or there or interrupt an important moment (but never an important monologue) with the introduction of some confounding chaos. (“As you search the door for traps, you hear a clatter behind you. Turning, you see three skeletons holding bucklers and short swords. Their teeth chatter. Roll for initiative.” “Why didn’t we hear the skeletons?” “Because you were searching for traps.” “We would have heard ambient noises!” “Let me know in the future if you’re not giving your searching for traps your full attention before you tell me what number you’ve rolled.”)

What we want is for you to tell us your stories about games. But don’t think that what immediately comes to your mind isn’t something that we’d want to read and share! When we ask you to write about games you’ve played, we’re not just asking for the weird, the obscure, and the hardcore. Sure, we’d love to read an essay about a Warhammer 40K 10,000 point battle. We’d also love to read an essay about teaching your niece or nephew to play Hi-Ho Cherry-O. Don’t feel like you have to be limited to the kitchen table, though. We’d like to hear about the Live Action Role Playing you did a couple of summers ago and ran around the forest yelling “LIGHTNING BOLT!” as you lobbed a racquetball at some guy wearing a homemade (teddy)bearskin helmet. We’d like to hear about the time your family drove to the Upper Peninsula and you played “I Spy” from the back seat. The neighborhood games that you played with the kids that you played with for no reason more than they lived two houses down. The games that required a huddle beforehand, the games that required the sun to have gone down first, and the games that required little more than a piece of chalk and a pebble are also fair game for what we’re talking about.

Please! We want to hear from you! Send your ideas, questions, or submissions to editors@ordinary-times.net and we’ll get them sorted, edited, and scheduled for the Ordinary Times Board Game/Tabletop Gaming Symposium!