Remembering A Visit to Celestial Seasonings 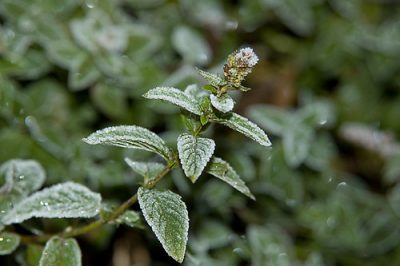 Back when Maribou and I first got married, one of the things we did together was drive up to Boulder and visit the Celestial Seasonings Tea factory. This would be, oh, 1999 or 2000. It was in the dreamtime after the wedding but before 9/11.

I remember the tour guide being less than 100% charismatic. She asked us about what makes “Zinger” teas “zing” and someone answered “citrus” and she made fun of them for getting it wrong. Dude! You’re the tour guide! Make us happy to be interacting with you and not afraid of getting tea trivia wrong! (The answer, of course, is “hibiscus”.) Ah, well. Tour guide technologies had not yet been perfected.

In any case, she gave us all hair nets (and beard nets to some) and we walked through the factory smelling the delightful smells and getting asked trivia questions that no one was brave enough to try to answer.

Eventually we came up to two sealed-airtight rooms. The first was the black tea room. We were told that it’d be only open for a moment and the door opened and there were dozens and dozens of large burlap sacks filled with black tea. We walked in and quickly walked out and the door was shut again. The issue, she told us, was that their tea leaves were so delicate that they would absorb the tastes and flavors of ambient odors. So if the bags were left around the workers, the tea would start smelling like their sweat. Not because they were particularly sweaty, mind… but because human beings smell like human beings and those smells would be absorbed by the tea leaves.

The next room, she told us, could be open a little bit longer. It was the Mint Room. She opened the door and PHEEEEEW. It was one of the most delightful, intoxicating smells I’ve ever experienced. Huge burlap sacks filled with peppermint leaves and when you stepped in the room, you felt your sinuses open and clear up all the way. The smell was so strong that you could feel the oils on your tongue, and it was like you’d just taken a shot of schnapps. We were moved out of the room and they shut the door again and the guide told us that anything that spent an appreciable amount of time near those sacks of peppermint absorbed the peppermint smell.

The tour wrapped up and we ended up in the gift shop.

(Featured image is “Visit from Jack Frost” by anastasiavixen . Used under a creative commons license.)